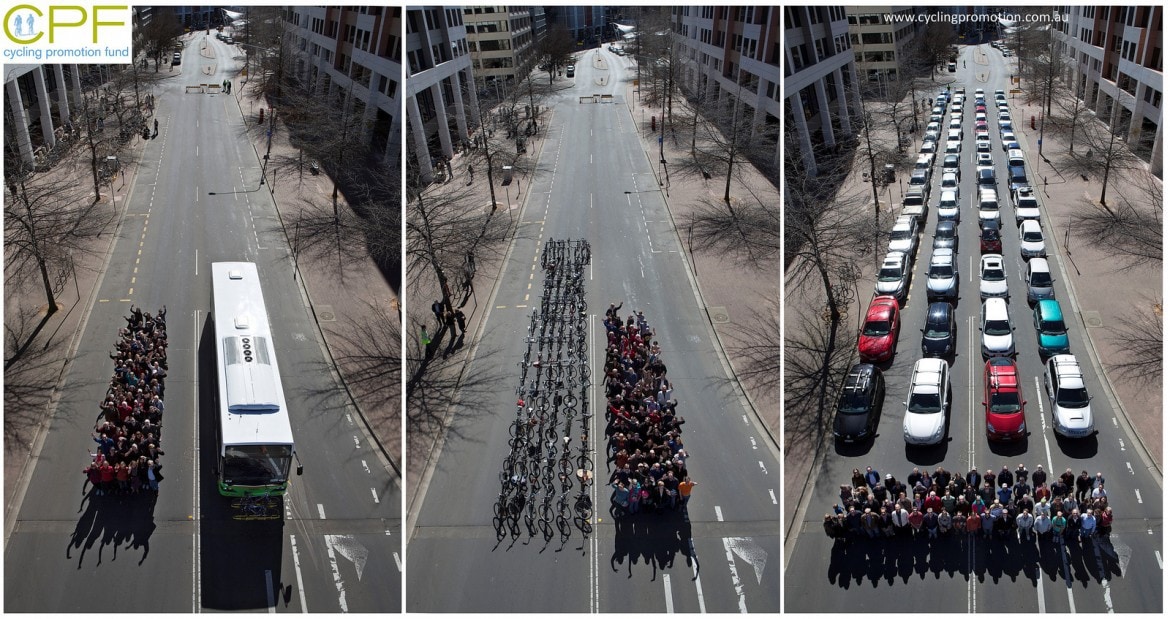 A two-year pilot program known as BikeShare was launched about two weeks ago and includes 10 bike stations around downtown Fullerton and Cal State Fullerton.

“We want to make sure it’s really easy for people to get on their bus and their train commute, and the hard part is to get to the train station or to the bus stop,” said Wes Parsel, a marketing coordinator at the Orange County Transportation Authority who is an avid cyclist himself.

The program is overseen by OCTA, with the private firm Bike Nation contracted to find an advertising sponsor and make sure the bike stations are stocked.

People are allowed an unlimited number of 30-minute trips within their pass time frame, with fees charged for overtime.

Many transportation planners are now looking to cycling as an option for “last mile” connections that link transit stops with people’s homes and destinations.

That’s a particularly challenging task for North Orange County, where most of the land planning has been especially car-centric, thus creating long distances between transit stops and many homes and workplaces.

By putting bike stations at key locations, OCTA officials say they hope to make it easier for people to get to the train station.

“This really can fill in the gaps in some of our service,” said Parsel. So far, he said, the preliminary data is showing that the university–downtown trip is most popular.

“Our most popular station has been on campus, so people are really using it to go into downtown and to get to school and only have to park once,” said Parsel.

If the program is successful, officials plan to consider other places, such as Santa Ana, for bike sharing.

“We want to test how often people are using it, what kind of customers are using it, how many of our transit users are making use of it,” said Parsel.

“And then from there we look at the data and how much people use it, how much emissions are reduced as a result of it, how many miles people go out and ride” and explore other areas to add a bike share program.

The bikes have solid rubber tires, which officials say cuts down on maintenance costs.

And they don’t use chains, a further cost-saver on maintenance, according to Bike Nation.

Parsel said OCTA will get all of its revenue from access pass sales and usage fees.

Irvine-based Bike Nation, meanwhile, would get 90 percent of the advertising revenue, with the other 10 percent going to OCTA.

Ads would be placed on the side of bicycle baskets and on panels at the stations.

Bike Nation has been a client of Curt Pringle & Associates, a lobbying firm run by Anaheim power broker and former mayor Curt Pringle.

The federal grant is for projects that improve bus viability, Parsel said.

Bicycles are increasingly being recognized as an effective way to get around in urban environments while cutting down on car traffic.

To illustrate its potential for relieving traffic, cycling advocates have put together a series of images that shows the amount of space it takes to transport 69 people by bus, bike or car:

As for parking, between six and 20 bikes can fit in the space used by one car, according to the website of Rep. Earl Blumenauer, D-Oregon.

Parsel said OCTA officials have been looking at other cities’ systems and incorporating lessons learned.

“Some of the lessons that we’ve already taken are proximity to transit, proximity to major destinations,” said Parsel.

While many have praised bike sharing, other systems have run into snags, such as failing bike docks and, in New York City’s case, so much use that there aren’t any bikes available at certain stations.

Orange County, meanwhile, is still far from that level of use, but officials say they’re getting real-time data when bike levels are low and will make sure they’re stocked.

Additionally, Parsel said, there are all sorts of benefits to biking, including physical fitness, greenhouse gas reductions and even stress relief.

“In just our short commutes, sometimes sitting in the car, sitting in traffic is kind of stressful,” said Parsel, adding that he values “the mental benefit of hopping off public transit and getting on and enjoying the outdoors on a bike.”