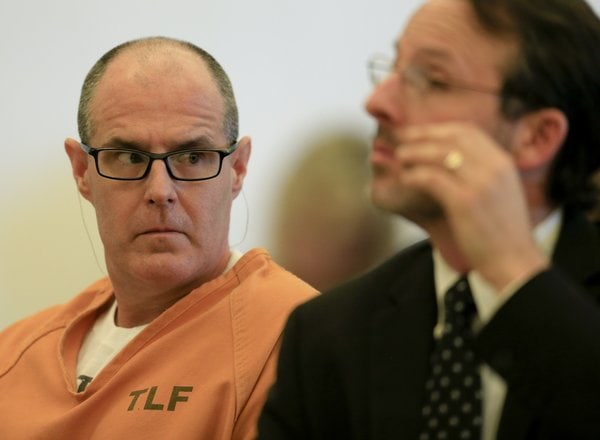 Dan Wagner, the top assistant district attorney for the homicide section, testified that he recently recommended additional investigative records be provided to the defense in the five cases he called “problematic.”

Wagner’s recommendation is the latest turn in a case in which the county public defender’s office has alleged county prosecutors used jailhouse informants in a large-scale intelligence gathering operation that violated the constitutional rights of defendants.

The additional discovery records about informants and their activities could lead to post-conviction court actions in the five cases, Wagner added. But the new discovery proposal has not yet been finalized and records provided to the defendants in cases that date back several years, attorneys said.

Wagner’s testimony came at an unprecedented hearing, where public defenders last week began presenting evidence to have the DA’s office recused from prosecuting Scott Evans Dekraai, who has admitted to gunning down eight people in a Seal Beach hair salon in 2011, the county’s largest-ever mass murder.

Should Superior Court Judge Thomas M. Goethals rule in favor of the public defenders, the state attorney general’s office would be called in to prosecute Dekraai.

Additionally, Dekraai’s attorneys also are asking that Dekraai not receive the death penalty because of the rights violations.

On Monday, Goethals set a new trial date for Dekraai of June 9 in Santa Ana. A separate penalty phase will be held thereafter. The actions disturbed the victims’ family members, who complained Monday about the proceeding’s length.

Some of the families have attend virtually every hearing, sometimes wearing buttons with the photos of the deceased or showing a similarly adorned poster.

In recent weeks, Dekraai’s public defenders filed about 600 pages of documents alleging a broad conspiracy by prosecutors and law enforcement agencies to use a secret network of informants to improperly spy on inmates, with law enforcement and prosecutors then alleging suborning perjury and engaging in obstruction of justice to win convictions.

The five individuals for which Wagner recommended new disclosures were among at least nine defendants whose cases were tainted by prosecutorial misconduct, public defenders allege.

Court testimony and records indicate four of the cases involve Leonel Vega, Henry Cabrera, Guillermo Brambila and Sergio Elizarraraz. The identity of fifth individual was unclear. All were defendants in gang-related cases.

Tuesday’s disclosures regarding the five cases came during Wagner’s second day of testimony. At the end of testimony on Monday, Goethals ordered prosecutors to disclose to the defense team all notes taken by those taking part in the DA’s internal probe of the allegations.

On Tuesday while conceding the lack of disclosure in the five cases, Wagner denied that he or anyone in his agency intentionally or maliciously violated defendants’ rights or the law. He said his recommendations were the result of a newly found understanding of legal precedents.

Earlier, Wagner had publicly called the public defender’s accusations “scurrilous,” but Tuesday he acknowledged that he came to realize there was some substance to Sander’s charges that needed to be addressed.

Wagner said he came to “have great respect” for Sander’s work on the lengthy motions, which describe a complex web of Mexican mafia informants and how they touch many other cases like Dekraai’s. But Wagner did note the motions are “a tough read,” complaining there was no “score card.”

The acknowledgements from the witness stand by the chief homicide prosecutor, who is prosecuting Dekraai, added to the rarified aura of the hearing, which daily attracts attorneys who want to observe the testimony.

Last week, the evidentiary hearing began with testimony by a jailhouse informant, Fernando Perez, whom Orange County sheriff’s deputies utilized on multiple cases. It is the reports from Perez and at least one other informant that raised public defender concerns about violations of the constitutional rights of inmates represented by attorneys.

Perez testified he is hoping for leniency, given that he is facing life imprisonment for an arms conviction for which he has yet to be sentenced, despite it being five years since his conviction.

Within days after the Seal Beach mass shooting, testimony indicated Perez was telling his special handlers at a county jail that he had heard Dekraai describe details of the carnage as well as his thoughts.

This prompted Wagner and police to rapidly attempt to secure Dekraai’s treatment records from his psychiatrist, Dr. Ronald T. Silverstein of Long Beach.

Authorities thought Dekraai may mount an insanity defense, and Wagner testified they wanted to know “the true state of affairs as to his mental state.”

Immediately after the shooting and his arrest, Dekraai had talked in a videotaped interview to Seal Beach police and other authorities, acknowledging the shooting and telling them about his psychiatrist. Dekraai also gave police what they viewed as a general release to view his records.

But when the Dekraai investigative team showed up at Silverstein’s office few days later, Wagner testified, it was “as if a bomb went off,” with staff running away, then referring the authorities to Los Angeles attorney Joel Douglas.

Douglas then declined to provide records of Silverstein’s treatment of Dekraai, saying a specific release for the behavioral charts was necessary, testimony showed.

In an attempt to win the records release, Wagner testified about how he engaged in several tactics, including plans to seek a court-ordered search warrant to seize them.

As part of this effort, Sanders raised questions about Wagner offering to show Douglas the video-tapped interview as a way to accomplish the records release despite knowing that Dekraai had refused to sign a new release for the psychiatric records.

And Sanders contended in questioning that Wagner misled the judge who signed the search warrant to seize the psychiatric records by specifically leaving out facts in the supporting affidavit. Wagner denied intentionally leaving out any information.

As authorities were moving to seize Dekraai’s records from Douglas’ office, Sanders obtained a court order to block that.

Wagner testified Tuesday that he didn’t believe Sanders when he told him about the order at a court hearing about three weeks after the shooting. At that time, the two attorneys had what was described in court Tuesday as an “emotional” exchange.

Wagner testified he eventually found that Sanders indeed had secured the court order to block the records seizure. But by the time he contacted Seal Beach police, Wagner testified, the officer already had Dekraai’s records. Those Dekraai records then were sealed and stored.

The intense line of questioning that led into a court break prompted one observing attorney to exclaim: “Wow, wow.”