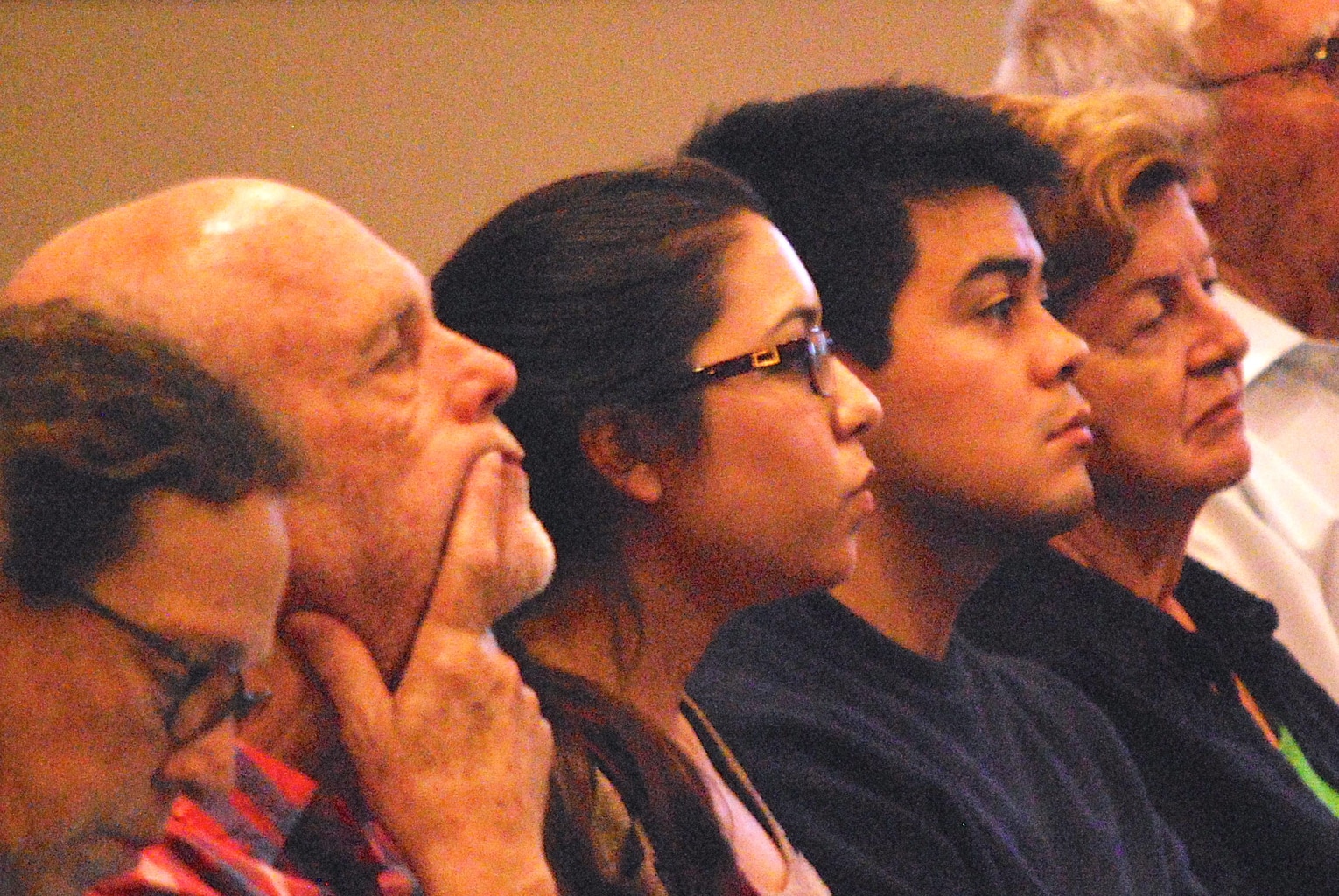 Residents in North Orange County are starting to organize against the controversial oil extraction method known as fracking, which has been conducted near homes just north of Brea.

At a forum Saturday night in Brea, about 100 people turned out to a forum on fracking’s potential risks and how people can get involved.

The vast majority of attendees at the event, held at Congregational United Church of Christ, were North Orange County residents, according to a show of hands.

Elsewhere in the country, several cities and towns near fracking operations “have seen their drinking water contaminated” by methane, hydrocarbons and other toxins, said Hollin Kretzmann, a staff attorney with the Center for Biological Diversity.

“Considering the depletion of water resources in our state, it’s a huge impact” if similar contamination happens in California, he added, referring to the state’s ongoing drought.

The discussion comes amid a nationwide debate over fracking, known officially as hydraulic fracturing.

As it becomes more and more difficult for oil and gas to be extracted through traditional methods, companies have been turning to fracking, which involves injecting a high-pressure mix of water, sand and chemicals underground to break up rock formations containing fuel.

The method has been praised as the possible trigger for an economic boom that will create millions of jobs nationwide and help shift America off of its dependence on foreign energy sources.

But fracking has also come under intense scrutiny for its environmental impacts. Communities close to natural gas fracking operations in the Northeast U.S. have found their groundwater wells to be contaminated with chemicals and methane. The documentary “Gasland” shows now infamous video of residents turning their kitchen faucets into gas torches by lighting the running water on fire.

There has been debate as to whether the gas in the groundwater was naturally occurring or whether gas drilling caused the contamination, but recent studies have provided evidence that at least some of the problem was caused by the gas wells.

Locally, fracking has been reported at three main areas in and around Orange County, according to a map from the State Water Resources Control Board.

The area with the most reported fracking is the hills just north of Brea, with 30 wells reported to have been fracked (the grey squares below):

The wells where fracking took place were operated by Linn Operating, Inc., a subsidiary of Houston-based Linn Energy, LLC. Two of them were about 700 feet from homes in Brea:

The map data doesn’t indicate when the wells were fracked, or whether they’re still active.

According to the map, fracking also took place in 2012 less than two miles off the coast of Seal Beach by Thums Long Beach Co. and Occidental Oil and Gas:

Among advocates’ concerns are that wastewater from fracking operations could leak into groundwater, including the aquifer used by 2.4 million Orange County residents.

Advocates have tried to meet with officials at the Orange County Water District, which manages the aquifer, about fracking, said Alex Nagy, an organizer with Food & Water Watch. The agency hasn’t yet agreed to a meeting, she added.

Another concern cited by activists is potential links between fracking and earthquakes.

Researchers with the U.S. Geological Survey believe that an increase in fracking could be the cause of a large increase in earthquakes in the central United States over a recent 11-year period, according to news reports.

And Ohio oil and gas regulators found that a dozen earthquakes in their state were “almost certainly caused” by fracking, according to the Association Press.

Organizers are also seeking signatures for a fracking ban at the county level, with a meeting sought with county Supervisors Chairman Shawn Nelson, who represents most of North County.

Community members and activists should continue to organize a grassroots movement against fracking – including residents, scientists and voters – said Alex Nagy, Southern California organizer for Food and Water Watch.

“Elected officials really do respond to public pressure,” she told attendees on Saturday.

“Politicians don’t create political will, they respond to it,” Nagy added. It’s “up to us to create it.”

Saturday night’s forum was sparked by what activists describe as a broken promise at last week’s Brea City Council meeting.

Amid rising concerns about fracking among residents, Mayor Brett Murdock said he was setting up an open discussion on the issue.

“We have requested that the item be in the main council chambers so there will be plenty of room for all participants,” Murdock told Orange County Register columnist Terri Daxon.

But when it came time for the meeting, activists say that only oil industry representatives were allowed to give presentations and residents were not allowed to ask them questions.

So they organized their own forum.

Organizers have also set up Facebook pages, Orange County Against Fracking and Stop Fracking Brea, for residents who are concerned about the issue.

“We’re holding the government accountable to the people and not corporations,” said Nagy.