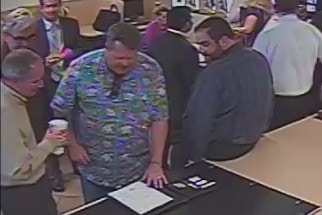 County officials are investigating a high-ranking county executive who also serves as an elected official because he’s attending civic meetings on county time and not documenting his time off, according to sources inside county government.

It’s the latest twist to an ongoing saga at the county where human resources officials are handling job transfers of top political aides to county supervisors – often times even during hiring freezes — into the county bureaucracy.

Recently, Supervisor Pat Bates publicly acknowledged that the offices of three supervisors are actively engaged in transitioning a number of political aides into civil service jobs.

This is the second time in recent years that Probolsky has been subject to an internal inquiry. In 2010, a report by the county Performance Auditor’s Office showed that his salary spiked considerably after moving from Supervisor Pat Bates office into OC Community Resources.

Regarding the recent investigation, a Voice of OC review of Probolsky’s time cards over the past year shows numerous instances – virtually every month – where he attends water district subcommittee meetings in the morning on county time but doesn’t document any time off.

The timecards also show that much of his workday is charged off to accounts that may be funded through state and federal funds for programs such as homelessness, community block grant funding, libraries, parks and veterans affairs.

County officials won’t publicly confirm the probe is underway and won’t comment on whether Probolsky has violated any county policies. Probolsky also did not return a call seeking comment.

However, it’s unclear whether a top-level worker like Probolsky has to account for his time at all.

Under the county’s work rules with the Orange County Manager’s Association, top-level managers essentially don’t have to account for how they work during the day.

However, one county supervisor said taking undocumented time off to work on unrelated political activities should not be encouraged.

“If it came to my attention that a county employee was not documenting their time to show their supervisors they were working the requisite hours, I would have a problem with that,” said County Supervisor Todd Spitzer.

“When you play fast and loose with these kinds of situations, you’re begging for problems. Every employee has the responsibility for tracking time. There’s only one exemption: for county elected officials,” Spitzer said.

Yet in recent years, there have been numerous instances where top-level executives and political aides have not adequately tracked time off when engaging in non-work-related activities, including the signing of nomination papers.

A recent video of executives, including Probolsky and Denis Bilodeau – an Orange city councilman who is also chief of staff for Supervisor Shawn Nelson – at the Registrar of Voters office during work hours on the candidate filing deadline back in March has already drawn the attention of county prosecutors.

For example, Bilodeau’s signature is on the nomination papers for Orange County Assessor Webster Guillory, who triggered a district attorney probe because he was circulating his nomination papers on county premises – such as the fifth floor of the county Hall of Administration – during work hours.

That probe is ongoing.

While other political aides – like Probolsky and Spitzer’s own staffer Chris Nguyen – did document time off that day, Bilodeau did not.

He declined to comment for this story, only asking whether county workers who serve on Orange County’s retirement board should be included in this story.

The governing state law on the retirement system notes:

“Denis, I guarantee you, works more than eight hours a day,” Nelson said to a reporter. “I don’t pay him overtime. We have events on weekends,” he said, adding that during the interview he and Bilodeau were leaving a late night event.

Yet Spitzer said that high-ranking staff, especially political aides to county supervisors, should be very careful about documenting time off especially when it’s connected to political activities.

“It’s probably moot by the end of the day because Denis works beyond 40 hours…but it should be documented,” Spitzer said.

“I don’t see a distinction for EAs (Executive Assistants),” Spitzer said. “EA’s have to be just as careful if not more careful. It doesn’t matter if you’re an elected official or not, if you’re taking time off during the day, you’re status as an elected official doesn’t give you special standing.”