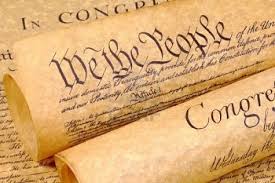 It is a document that to this day inspires freedom-seeking men and women the world over, and instills panic in the hearts of authoritarian regimes.

“We hold these truths to be self-evident, that all men are created equal, that they are endowed by their Creator with certain unalienable Rights, that among these are Life, Liberty and the pursuit of Happiness,” begins the second paragraph of the document that formally notified George III he no longer had control over the 13 colonies.

Today, 238 years later, at the beginning of the annual celebration of U.S. independence, it’s a good time to reflect on what it has taken to maintain freedom, move in directions the founding fathers never imagined, and review what needs to be done to keep the party going for another 238 years.

Perhaps nothing shows how the ideals of the men—yes, men; white men—who helped draft and then signed the Declaration of Independence have thrived and expanded as much as the simple fact that they weren’t thinking of women, blacks or native Americans when they stated “all men are created equal.”

But in 1848, Elizabeth Cady Stanton and Lucretia Mott, two anti-slavery activists, organized the first women’s rights conference in Seneca Falls, N.Y. From that conference came the Declaration of Sentiments and it’s statement “We hold these truths to be self-evident: that all men and women are created equal…” Even so, women didn’t get to vote until 1920.

It took the Civil War to end slavery and then another century for blacks to get legal recognition of basic rights, but this week marked the 50th anniversary of the Civil Rights Act.

And gay rights, including the right to marry, are currently being achieved.

Despite the slow and tortuous road so many of us have had to travel to equality — not to mention those still traveling — it is a pretty impressive record.

“There are so many countries that aren’t even close to 1776 yet,” noted Bob Stern, a co-author of the law that created California’s Fair Political Practices Commission, or FPPC, which enforces state campaign finance laws.

“We need to celebrate our success.”

But while celebrating, said Ann Buchholtz, research director of the Rutgers University Business School’s Institute for Ethical Leadership, “we have to be willing, as a great nation, to still look at ourselves and see where we can make improvements.”

Voice of OC spoke with Stern, Buchholtz and several other government and ethics experts across the country about the primary issues that should be in the forefront of our thoughts and actions as we keep this great experiment going.

Here are the top five cited by the experts, in no particular order:

Privacy. One issue that helped push colonial leaders to write and sign the Declaration of Independence, and then wage war to defend their freedoms, was the right to privacy. England used a search warrant system that allowed customs officers seeking suspected smuggled goods to search any house, shop, warehouse, room or anyplace else they thought such products might be hidden.They could do it day or night, break down doors if they thought it was necessary, and the warrants could be issued with no evidence, just a suspicion that smuggling was going on in the area. They didn’t even need to specifically name anyone.

Today, privacy rights—and the ethical issues that go with them—are again a major issue. From the National Security Agency’s secret collection of phone records, and potential drone use by local police, private industry and federal officials, to social media and online tracking of where private citizens live, spend their money, and, in the case of Facebook, even feel.

It was recently disclosed that in 2012, Facebook secretly manipulated the emotions of its users by making changes to their news feeds.

Transparency. Eleven years after the signing of the Declaration of Independence, the U.S. Constitution was written behind closed doors. But then it was widely debated publicly and put to the 13 states for ratification.

Open government laws have expanded on the national and state levels in the past 238 years, including the federal and California public records laws and California’s Brown Act, which requires local governments to discuss and make all but a very limited number of decisions in public. But transparency has become a hot issue as public perceptions increase that government agencies, including those in Orange County, hide or destroy records that should be open.

Free speech and freedom of the press. Government leaders normally aren’t crazy about hearing from their critics or undergoing outside scrutiny. But this year the U.S. Justice Department secretly obtained two months of business and personal telephone records of reporters and editors for The Associated Press or AP.

And individuals who annoy local elected officials can be confronted with efforts to limit public debate, as in Costa Mesa this week. A bill pending in the state Legislature is intended to help protect the rights of members of the public in California to speak at city councils and board of supervisor meeting.

Extreme partisanship. To adopt the U.S. Constitution required major compromises by the delegates. Today, extreme partisan bickering in Congress is blamed for creating an ineffective body that polls show is in record low regard with voters.

“It’s a serious business because democracy requires compromise,” said Susan Burgess, professor of political science at Ohio University. She noted that major divisions in the past, as just before the Civil War, can, if not handled well, lead to those who strongly feel left out, looking for a solution to their issue outside of government.

Corruption. As long as there is opportunity, there will be some who will be corrupt, according to a variety of experts on government. Most recently, three members of the Legislature were indicted on corruption charges. Which brings the issue back to transparency in government.

“People differ in their level of moral development and that’s why transparency matters so much,” Buchholtz said.

Addressing these complex issues certainly won’t be easy, the experts concede, and there might be more efficient models of government than the one set in motion by the Declaration of Independence.

But, as noted constitutional scholar Dr. John R. Vile, dean of the University Honors College at Middle Tennessee State University, reminds us: It is a government “designed to preserve liberty, not for efficiency.”