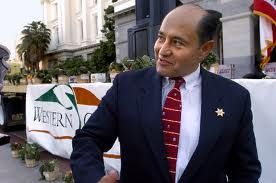 The race is on for State Senator Janet Nguyen’s first district seat on the Orange County Board of Supervisors, with five candidates, including a termed-out State Senator and Nguyen’s former chief of staff, vying for the open seat.

Chuyen Van Nguyen, a television news anchor for VNA-TV; and Lupe Morfin-Moreno, an office specialist for the county Health Care Agency, are also on the ballot.

The special election will be held Jan. 27. Members of the public have until Dec. 26 to challenge candidates’ ballot designations.

If ballot designations are challenged, it could delay the mailing of absentee ballots currently slated for Jan. 5, Registrar of Voters Neal Kelley said.

With just 24.1 percent of the county voting in the November election, voter turnout will be key to all campaigns.

With Vietnamese residents in the First District considered high-propensity voters, outreach in that community is likely to be a key focus for both Democratic and Republican candidates.

Correa, a moderate Democrat and a local political heavyweight who is termed out of the state Senate after 8 years, said he is not worried about support from Vietnamese voters, who typically turn out at higher rates for elections than Latinos.

“I’ve never looked at myself as a candidate that relies on any group of voters. I like retail politics. I look for each and every vote. It is not specific to any group or geographic area,” said Correa. “Based on research I did after I won in 2006 – if it wasn’t for the Vietnamese vote, I wouldn’t be state senator.”

Meanwhile, his main challenger will likely be Do, a longtime adviser to Nguyen who recently returned to Republican politics after disappearing from public life.

Do was instrumental to Nguyen’s victory in a 2007 special election, after which he served as her chief of staff from 2008 until he resigned abruptly in May 2010.

A year later, he also resigned from the Garden Grove city council, saying that his business didn’t leave him enough time to properly handle his council duties.

Until July 2010, Do was a partner with Nguyen’s husband, Tom Bonikowski in a Lee’s Sandwich franchise in Stanton. Bonikowski apparently gave up his ownership share in the popular Vietnamese sandwich chain when it ran into financial difficulties. Do later sold it to another franchisee.

He returned to the county as Nguyen’s chief of staff in May 2014, advising her both at the county and on her campaign.

Most of Do’s campaign heft comes from his association with Nguyen, earning him an endorsement from the Orange County Republican Central Committee. The county GOP endorsed Nguyen her recent campaign for state senate.

Do, currently a practicing attorney, also spent 8 years as a deputy district attorney.

His ballot designation will appear as “Supervisor’s Chief/Business Owner.”

Do did not respond to a request to interview him for this story.

Phan, meanwhile, has had a head start on campaigning since he announced his candidacy in June, when he decided to take eight months off work as a Deputy District Attorney to campaign, banking on a Nguyen victory in one of the most-watched Senate races statewide.

A relative newcomer to politics, Phan was elected to his first public office in 2012 as a Garden Grove council member after he campaigned by walking the entire city on foot.

The councilman, who has so far loaned himself $30,000 for the campaign, is now trying to walk the entire first district, calling himself a fresh face among career politicians.

Phan has called both Do and Correa career politicians who are using the county Board as a “placeholder” seat until a better opportunity comes along.

“Lou [Correa] has been there, done that, and now he wants to come back. He was supervisor for barely two years. The decision I’m making here is if you’re seeing me leave the [city] council — I’m not trying to come back. You go on an upward trajectory…you don’t jump from one seat to the other for a paycheck,” Phan said.

Phan said he didn’t seek the GOP endorsement after several party members approached him and suggested he concede to Do.

“By in large I don’t seek out endorsements because I don’t want to be beholden to anyone,” Phan said.

Correa responded to Phan’s criticism by pointing to his broad base of support.

“As a Democrat, I have two Republicans in the county endorsing me. I have business interests endorsing me. I have labor, I have public safety. It shows I’m able to work across lines, I don’t play party politics,” Correa said.” I respect all my opponents in the campaign…if you look at my record, it speaks for itself.”

He pointed to similar criticism of Phan, who is running for higher office after two years on the Garden Grove city council.

“The voters make the decisions. If Mr. Phan is so interested in filling out his term — tell him to stay another two years,” Correa said. “Look in the mirror…If I’m here two years, four, six…what really matters is, have you done your job?”