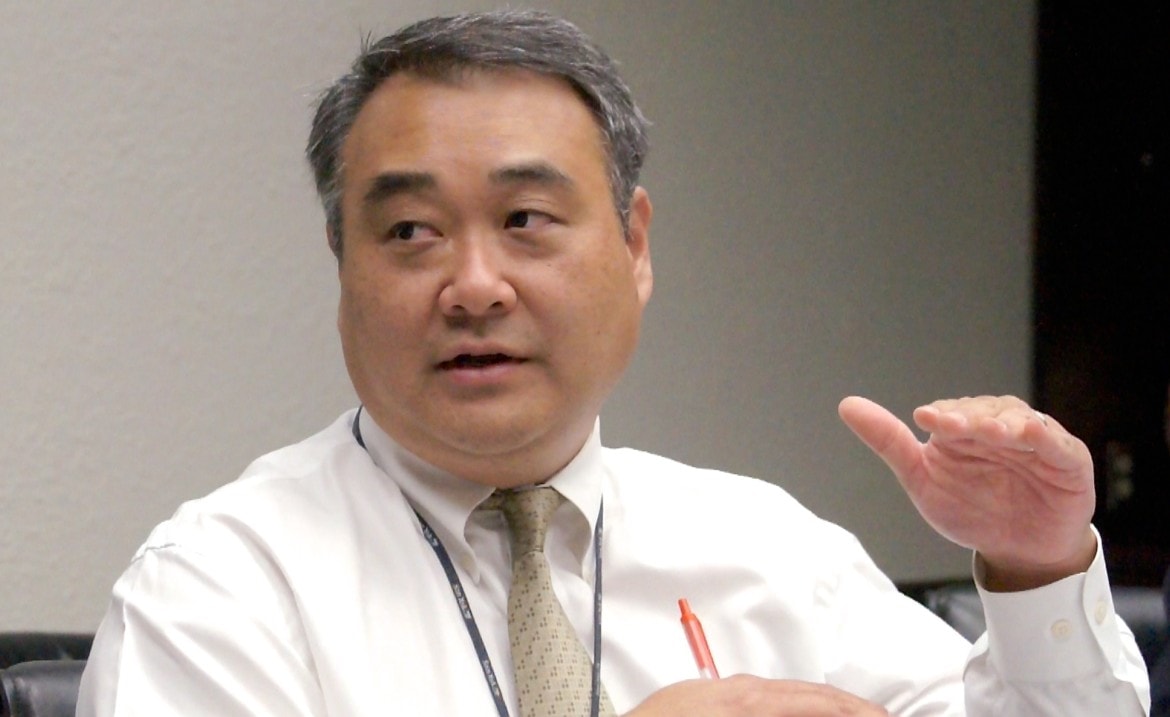 For the second time in recent years, Orange County’s top finance officer is taking over the reins of the county government.

On Wednesday, county Chief Financial Officer Frank Kim took over as acting CEO while Mike Giancola is out on medical leave for the next month recuperating from back surgery.

Chief Operating Officer Mark Denny is actually the official that under normal circumstances would be in line to fill in for Giancola, but he remains a focus of an investigation into $1 million in questionable contracts while he was director of OC Parks.

While Supervisor Shawn Nelson and (former supervisor) John Moorlach – supported Denny, Supervisors’ Chairman Todd Spitzer argued to Giancola that it would be inappropriate for someone potentially under sanction to lead the county.

Spitzer said publicly that if the legal review involving Denny wasn’t finished by Jan. 21, then Kim not Denny would take over when Giancola left on leave.

The last CFO to take over was Bob Franz, who in 2012 was tapped to lead the county government when former CEO Tom Mauk resigned amidst the fallout from the prosecution of OC Public Works executive Carlos Bustamante for a series of felony sex crimes.

Kim, a respected budget manager who has been with the county since 1995, has solid support among county supervisors.

“Frank is a longtime employee, he’s extremely well respected and very good at what he does as CFO,” Spitzer said.

“He’s a good placeholder,” Spitzer said. “We can feel confident with him in charge.”

“Frank Kim enjoys the benefit of a great reputation as a straight shooter and someone who can be trusted,” said Nick Berardino, general manager of the Orange County Employees Association.

Kim, who currently earns $190,000 annually, has worked in numerous agencies including the County Executive Office, the Auditor-Controller Department, OC
Waste & Recycling and the Probation Department.

He received both a Bachelor of Science Degree in Accounting and a Master’s Degree in Public Administration from California State University, Long Beach.