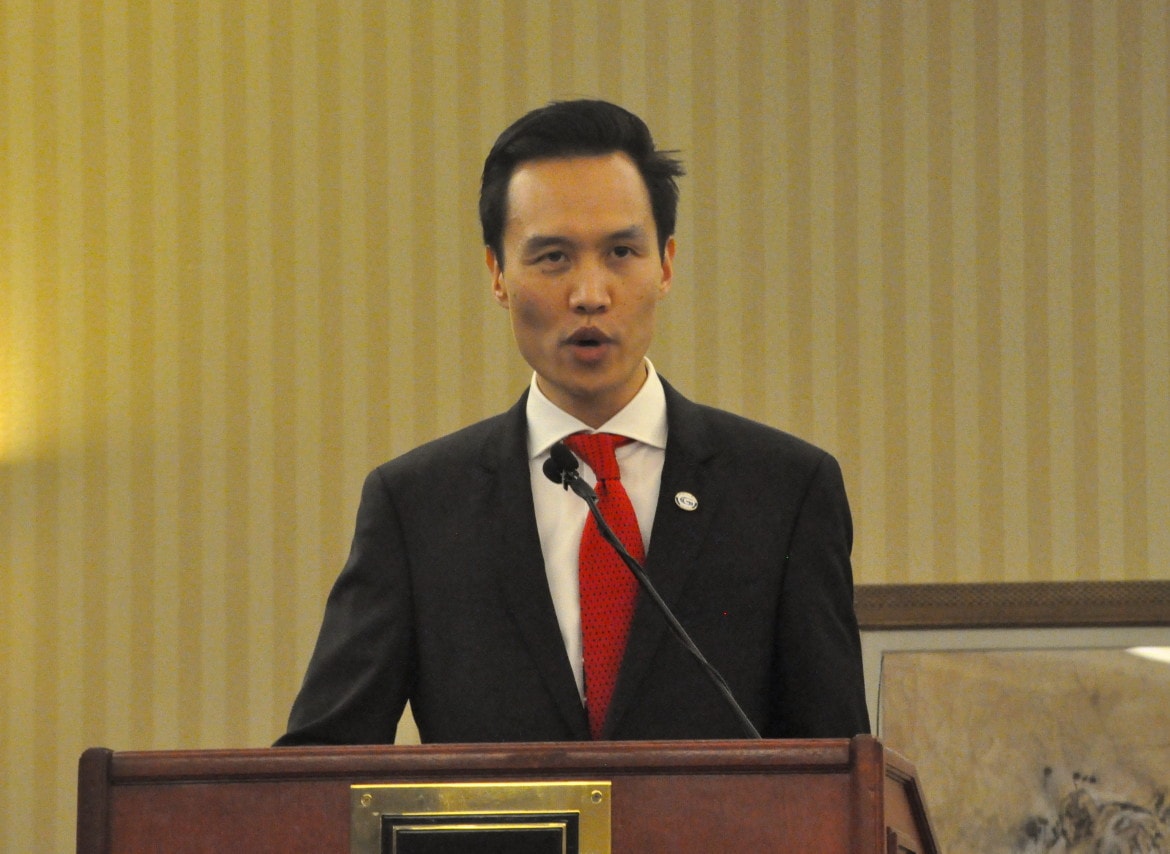 Garden Grove Mayor Bao Nguyen delivering his 2015 State of the City address at the Embassy Suites. Photo by Thy Vo.

Garden Grove Mayor Bao Nguyen’s first State of the City address this week featured a new focus on citizen and community engagement, investing in technology, and attracting young professionals and families to the city.

Addressing a crowd of 400 residents, business owners and elected officials at the Embassy Suites Hotel on Wednesday, the 34-year-old mayor argued for a more inclusive and engaging civic conversation.

“According to Buddhist teachings, our lives, and all that occurs in our lives, is a result of karma. Improving the moral and spiritual quality of life improves its quality for us all,” said Nguyen, who received a Master’s degree in Indo-Tibetan Buddhism. “We can’t assume success, until we know it’s a success for everyone.” 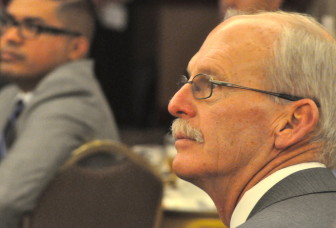 Nguyen said the hiring of Interim City Manager Allan Roeder, shown above, was the council’s first step toward increasing city transparency and accountability. Photo by Thy Vo.

The Chamber of Commerce event was the new mayor’s first debut before the business community after he ran a campaign often critical of the city for its emphasis on mimicking the Anaheim Resort district with big hotel development projects, what he called “riding Mickey Mouse’s coattails.”

While that focus was on full display Wednesday afternoon — Great Wolf Resorts, the developer of an indoor water park and hotel project, was the headlining sponsor.

Nguyen echoed his campaign promises to focus on local commerce and neighborhood programs. 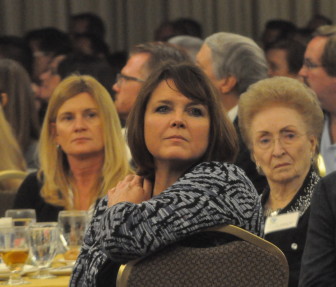 “Giving priority to our neighborhoods and local businesses by collectively working toward identifying their needs and available resources, will ensure that we’re doing everything possible to assist in the success of our businesses and our community,” Nguyen said.

He also announced a new plan to stem the trend of college graduates and young professionals leaving the city, an approach that would market Garden Grove toward young families.

Nguyen pointed to the lack of affordable housing in Orange County, citing a 34 percent increase in median home prices — now averaging $642,000 for a single family home — across the county since 2008.

“In this respect, Garden Grove has a clear advantage for young, first-time buyers with current home prices averaging $458,000 offering larger yards and more square footage than many South County cities,” he said.

Those include a mentoring and internship program for local high school students, increased use of school facilities when school isn’t in session, and enhancing sports facilities.

West also noted the potential for the city to tap into the school district’s recent high-speed broadband internet upgrades, part of its ongoing modernization project.

Nguyen’s goals for the year include overhauling the city website, expanded use of social media tools and the city’s mobile app, and seeking grants that address health, safety, and quality of life issues.

The text of Nguyen’s speech is available on the city’s website.