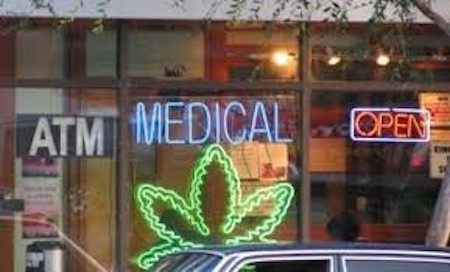 Santa Ana can move ahead with issuing licenses to 20 medical marijuana collectives after Superior Court Judge David R. Chafee denied a request to temporarily bar the city from implementing its pot shop ordinance.

The lawsuit — which was brought by Rallo Law Firm, P.C. on behalf of dispensaries that didn’t win in the city’s lottery to determine which collectives could obtain an operating permit – contended that the lottery was unfair because it allowed submissions from applicants that should have been disqualified.

After the ruling Friday afternoon, Rallo Law Firm attorney Tin Westen said she disagreed with the judge’s decision because her clients – businessmen Tarune Dillon, John Mendoza and Ivan Nathanson – would suffer “irreparable harm” from the city’s issuance of licenses.

“We were happy at least that the public got to see all that went on in the application process, because I don’t know that everyone knows the details that went on in court,” Westen said. “If our government is doing something wrong we want to hold them accountable.”

In an emailed statement, city officials said the judge’s ruling confirms the process of awarding permits has been “fair” and “impartial.”

Westen said the next hearing will be July 10, and Chafee is expected to rule on the city’s motion to have the case thrown and, if not, then to set a trial date.

Rallow Law Firm has brought a total of seven lawsuits challenging the city over Measure BB, the ordinance approved by voters last year that allows some medical marijuana dispensaries in the city.

Also, attorney Matthew Pappas has filed a federal lawsuit claiming that the city’s lottery process was corrupt, including allegations that Mayor Miguel Pulido and other city officials were taking cash payoffs and gifts from lottery winning dispensaries while directing a police campaign to shut down the competitors.