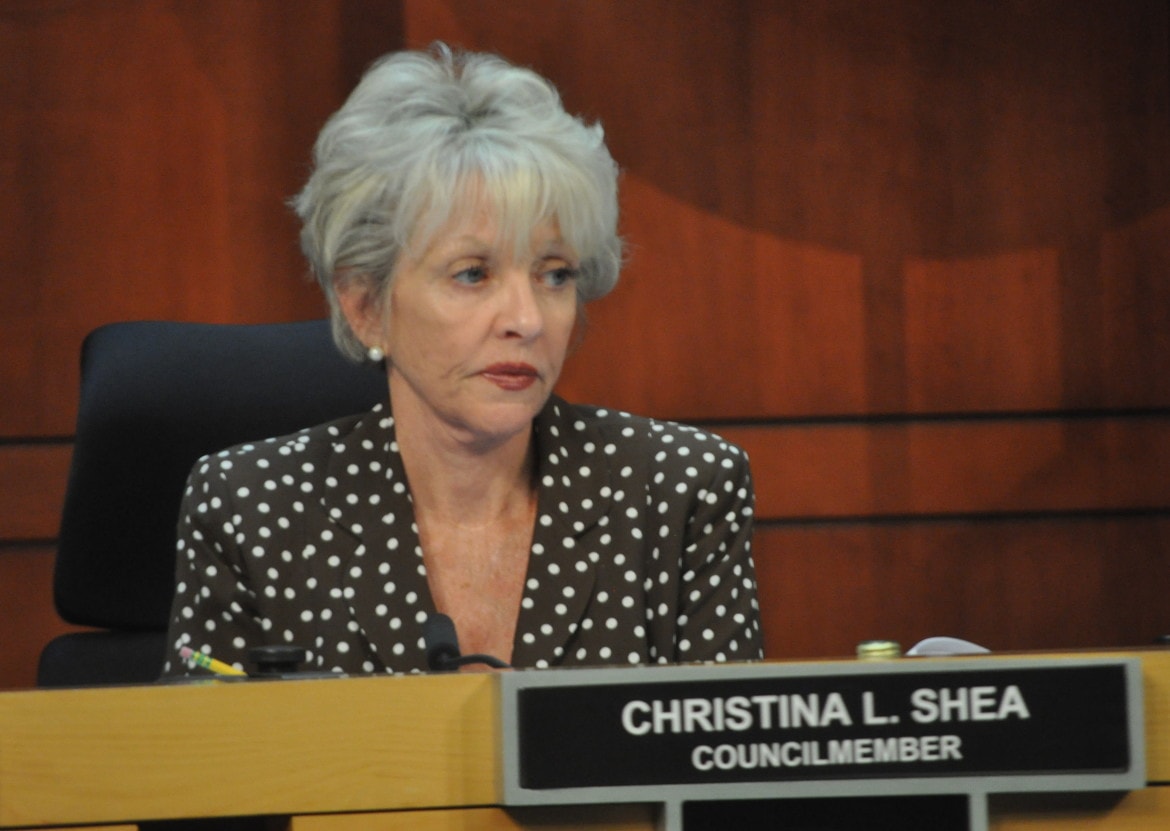 If Irvine Councilwoman Christina Shea has a political legacy, it’s her relentless fight to root out corruption surrounding the Great Park project.

The battle earned her near folk hero status among some Republicans in Orange County. They painted her vanquished foe and former City Council leader Larry Agran as the city’s corrupt boss, a Chicago-born Democrat who built a political machine that turned the Great Park into an ATM for campaign donors.

Now, emails and text messages have emerged that show another side of Shea, one that isn’t so different from those she’s crusaded against.

On multiple occasions since last year, Shea has contacted officials in the city’s planning department with special requests on behalf of Irvine-based KIA Motors America, which also happens to be Shea’s consulting client, according to records obtained by Voice of OC under the state’s Public Records Act.

In an interview, Shea denied doing anything wrong and asserted that the communications didn’t violate the city’s ordinances governing lobbying and ethics. She said she routinely helps businesses with City Hall issues, and that her consulting work for KIA had nothing to do with her efforts to help the Korean carmaker with requests at City Hall.

However, a good government expert said even if the communications weren’t illegal, they were unethical, and that Shea should “either work for KIA, or work for the city, but she really shouldn’t be doing both.”

“How does it look? It doesn’t look good,” said Bob Stern, co-author of the 1974 Political Reform Act.

‘As Soon As Possible’

In a text message Shea sent May 13 to Tim Gehrich, then acting director of community development, She asks Gehrich about plans that KIA had submitted at City Hall for renovating the “second floor CEO area” of their headquarters.

“Can you check to insure these get thru as soon as possible?” Shea wrote in her text.

Then in June, emails show, Shea again contacted city staff on behalf of KIA — this time regarding the company’s plan to install an onsite smoking area for company employees. And according to an email Gehrich sent to the city manager, Shea asked “whether staff could assist them in getting through the permitting process as efficiently as possible.”

Shea also contacted planning officials last year about allowing a vehicle platform to be raised 8 ft. high to showcase a new vehicle during Super Bowl Sunday, the records show. And in August, she contacted officials about changing the illumination of a KIA sign.

Shea says the texts and emails aren’t what they look like. In each instance, she was only asking for information or for KIA to be contacted, Shea said.

In the case of her text to Gehrich about the second floor renovation, Shea insisted that she only wanted to “expedite” a conversation between a KIA employee and a city staffer. In any event, Shea argued, it was a moot point because it turned out that KIA didn’t need to submit new plans to conduct the renovations.

“I can’t be asking to expedite any plans when they don’t have any plans,” Shea said.

As for Gehrich’s email claiming that she asked for the smoking area permitting to be done “as efficiently as possible,” Shea again said she was only asking for the KIA employee to be contacted soon, not for the permitting to be fast-tracked.

Regardless of what Shea might have meant, the records show Gehrich got a different message.

Shea’s May 13 text to Gehrich asking for help with processing renovation plans “as soon as possible” was sent early in the morning. Later in the day, she sent him another text asking whether “KIA can process this fairly quickly if possible?”

A few minutes later, Gehrich emailed Joseph Kirkpatrick, the city’s chief building official, and asked: “Any info on KIA as far as getting their plan check through quickly?”

City insiders have long known that Shea works as a consultant for KIA. But what exactly she does for KIA is a mystery, and Shea is reticent to answer questions about it.

At first, Shea said her work outside Irvine City Hall is a private matter and that she wouldn’t disclose the nature of her consulting for the carmaker. After being pressed by a reporter, she offered scant details that included work on “community relations,” donations to public agencies and “immigration issues.”

“I do community relations. I’ve done fundraising. Not fundraising… mostly I’ve worked on donations,” Shea said. “We’ve given money to Santa Ana. We’ve given money to organizations all over the county… what I do for KIA has nothing to do with City Hall… This is my private business, and I don’t need to go into detail.”

Shea also wouldn’t disclose how many hours a week she works for KIA, or how much she is paid. Her statements of economic interest, forms public officials are required to file that disclose sources of income, only states that her consulting firm receives over $100,000 from two companies, one of them being KIA.

There are also other indications that Shea helps KIA with local government issues.

In 2010, the Orange County Fire Authority Board of Directors approved a borrowed vehicle agreement with KIA. At the time, Shea served on the board. According to the July 22 meeting minutes, then Director Bill Campbell pulled the item for comment so he could “acknowledge Director Shea’s effort to work with KIA Motors America, Inc.”

Shea “commended KIA Motors America, Inc. for continuing to give to the community,” the minutes read. She then abstained from voting on the agreement.

At first glance, there are several local and state laws that Shea could be in danger of breaking. However, while her conduct might be unethical and the laws are intended to prevent it, an ethics expert and an attorney working for the city said she could be in bounds legally.

First there are the city’s ethics, ethical public service and lobbying ordinances, which were passed in 2006. The lobbying ordinance is perhaps the strictest in Orange County, prohibiting the part-time council members from working as lobbyists anywhere in the county.

Ironically, Shea and others saw theses laws as an attempt to target her consulting work and run her off council. Agran at the time said the lobbying ordinance was necessary because lobbying is “government for sale, by eBay.”

Shea’s actions might be construed as a violation of the ethics ordinance, but for a significant loophole. The ordinance bars council members from lobbying on behalf of clients at any public agency in the county – except the city.

Meanwhile, the lobbying ordinance requires lobbyists trying to influence City Hall to register with the city, but only if they are lobbying a “city body” such as the city council or planning commission. It explicitly exempts “policies such as permitting” that don’t come before a city body.

That means lobbying city staff behind the scenes likely isn’t covered by the ordinances.

Assistant City Attorney Jeff Melching said he reviewed the emails and text messages and found that they don’t violate the city’s ethics and lobbying ordinances.

“I looked at those communications, and I evaluated them against the ordinances and found no violations,” Melching told Voice of OC.

Melching wouldn’t elaborate on his legal position, or whether he thought Shea’s communications could be interpreted as lobbying.

The state’s Political Reform Act makes it an illegal conflict of interest for public officials to try and influence decisions at their public agencies. But according to Stern, it’s possible that the state’s Fair Political Practices Commission, which enforces violations with fines, won’t go after Shea because the decisions on things like permits don’t rise to a significant monetary value for KIA.

“The question is how much is she being paid, and how much is the decision worth?” Stern said.

Shea is keenly aware of how to navigate the city’s lobbying and ethics ordinances. She repeatedly pointed to sections in the law that exempt her efforts to help KIA. Shea says since the law exempts her actions, they can’t be considered lobbying.

As a part-time council member, Shea said she only receives a small salary. She needs the consulting work to supplement her income, she said.

“I have to make a living,” she said. “There’s nothing there that’s inappropriate.”