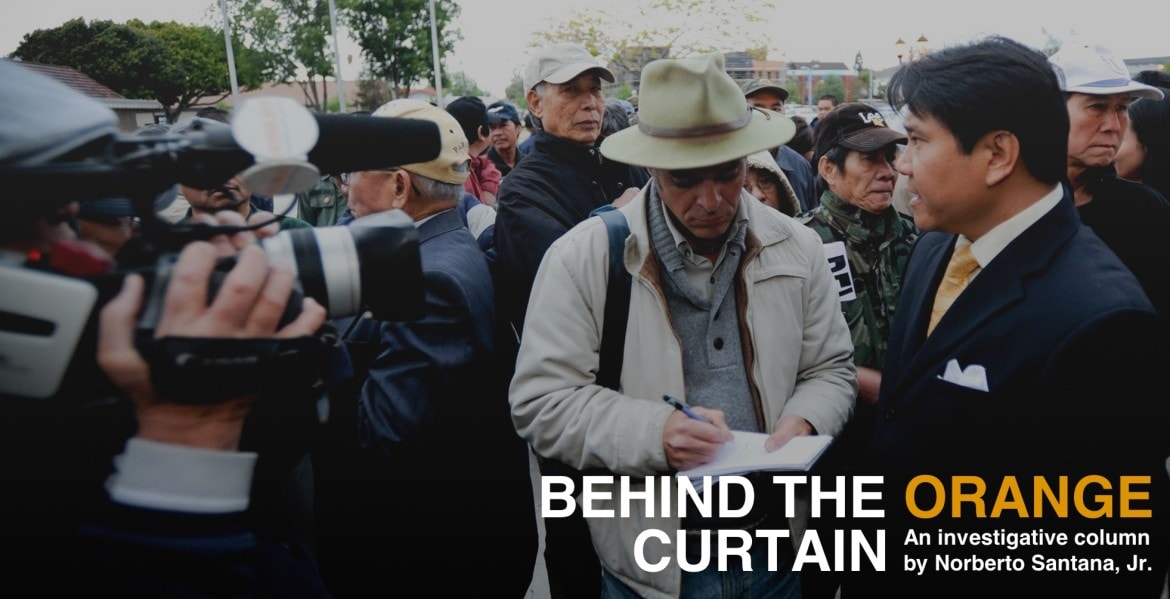 Orange County Supervisors are displaying real leadership in thinking out loud about the future of their civic center – also a towering figure in the life of downtown Santa Ana.

But after listening to county supervisors last week talk about the $150 million renovation plan – run by one developer – I was struck by the seemingly singular focus on buildings as opposed to services.

I would encourage supervisors to dream big.

Before we build, or rather lease, a new civic center from one developer, and lock ourselves into a 20-year development plan – with government services based on a 1960s building-centric model – we should have a very public conversation about what we want our civic center to actually do in the next century.

Last Thursday, I had the opportunity to spend some time with Chapman University’s political science guru Fred Smoller at a conference on campus looking at this very topic: what government will look like in the future.

Will it be a countywide elected executive, as Smoller has suggested? Or a super city – America’s third largest – as Anaheim Mayor Tom Tait is talking about?

Smoller wants to convene more of these kinds of TED Talks about government, and he’s challenging the broader community to join the effort.

In a sense, county supervisors’ plan to redo the Civic Center is giving us all an opportunity to think big.

Given all the computerization of data out there, and the endless ways to do things online, what is the experience we want taxpayers and workers to have when they actually step onto the downtown Civic Center?

Remember there’s a big downtown street car project in the planning stages with the Orange County Transportation Authority. What’s the impact from that development and how does the Civic Center fit into it?

What happens to civic center building needs if you stagger work schedules at agencies for nearly 20,000 workers? Or increase workers who can work online from home?

Our County Clerk Recorder Office has experimented (to wild success officials say) in the recent past with satellite offices throughout the county. The Registrar of Voters keeps leading with innovative programs like early voting and vote-by-mail programs.

How much of the county government’s future is mobile?

What about the even bigger questions?

Can the $3.2 million bus terminal county supervisors just purchased by the county work as an effective way to deal with chronic homeless populations on the ground, offering a model where some can just check-in while others get access to mental and social services as well as job and housing assistance?

Does it make sense to keep paying to irrigate large landscaping areas at the Civic Center that become rats nests and sleeping areas for homeless as opposed to turning them into public community gardens growing produce?

Should our civic center offer services like a gym for workers or a day-care center for working parents that can also offer services to nearby residents?

Can a civic center remodel help the City of Santa Ana work on a bike lane master plan for an area rife with accidents on both streets and sidewalks?

I know county supervisors were thrown back by the biting tone of much of the public comments questioning the lack of progress on homelessness response at the Civic Center amidst talk of nice shiny buildings for supervisors.

Yet despite the best intentions and statements, it’s hard for many in the public to not see this as anything other than a way to gold-plate supervisors’ offices (just look at the comments in Thy Vo’s story last week).

Regular commenter, Anaheim resident and former Executive Aide to County Supervisor Shawn Nelson, Dave Zenger noted that the focus on using a developer would create an interesting campaign finance nexus for future elections. Zenger also noted that Griffin Structures – the developer working to redo one Civic Center building (Building 16) and hoping to redo the entire area – already has given to supervisors’ campaigns.

Supervisor Todd Spitzer told reporters at last week’s meeting that the homeless situation at the civic center should be solved by the time a developer starts moving buildings around.

Yet that’s a bold statement given how long it’s taken the county to fashion together a response to the homeless explosion at the Civic Center.

I still have yet to hear any kind of plan for Santa Ana’s transit terminal (which should be closing escrow soon) or see any kind of public input session on the role it can play within a homelessness response policy.

Remember, this is the county that just announced the need to hire another executive (a homeless czar) to coordinate what all the other county executives haven’t been doing over the past twenty years: dealing with the homeless explosion outside their front window.

So while supervisors have bought a facility and are promising to hire a professional on homelessness, what many observers see is a plan to potentially put up some construction tape around the Civic Center homeless population – which will act as a leaf blower scattering the problem back toward the City of Santa Ana.

Now consider that supervisors are still pissed off – with good reason – that the Santa Ana City Council sold them out when they bowed to neighborhood opposition to a county-proposed homeless shelter nearby a few years back.

Indeed, if supervisors have sucked on homeless response in recent years, Santa Ana council members have been even more dismal on the issue.

The fact that school children in Santa Ana have to share their library – a pivotal institution in these young lives, especially as the children of immigrants – with a makeshift homeless shelter is shameful.

County supervisors have smartly begun a conversation about the future of government in Orange County.

The best way to continue leading that talk is to start small at the Civic Center and show what can be done with the bus terminal to alleviate suffering, applying the health and human resources taxpayers have already paid for.

After we figure out people, lets talk buildings.