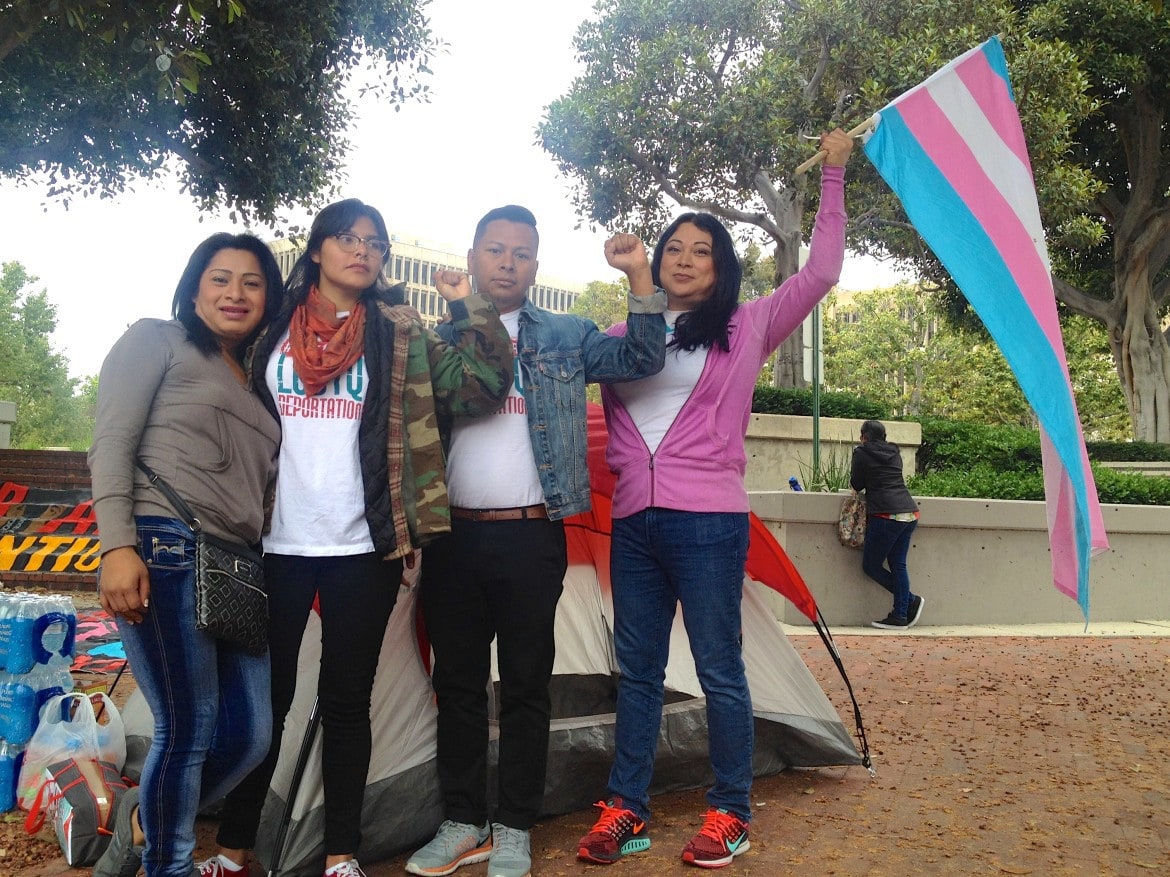 Activists at the beginning of their hunger strike Monday against the detention of transgender immigrants. From left: Angela Pereira, a supporter of the strikers, and hunger strikers Deyaneira Garcia, Jorge Gutierrez, and Jennicet Gutierrez, holding the transgender flag.

Immigration and LGBTQ-rights activists have begun a hunger strike to protest the detention of transgender undocumented immigrants and pressure Santa Ana officials to end their contract to house federal immigration detainees in the city jail.

About 20 people gathered near Santa Ana City Hall Monday morning to condemn the city’s collaboration with U.S. Immigration and Customs Enforcement (ICE) – saying it allows city to “profit from the detention of undocumented immigrants, including transgender women” – and help the three hunger strikers set up camp. 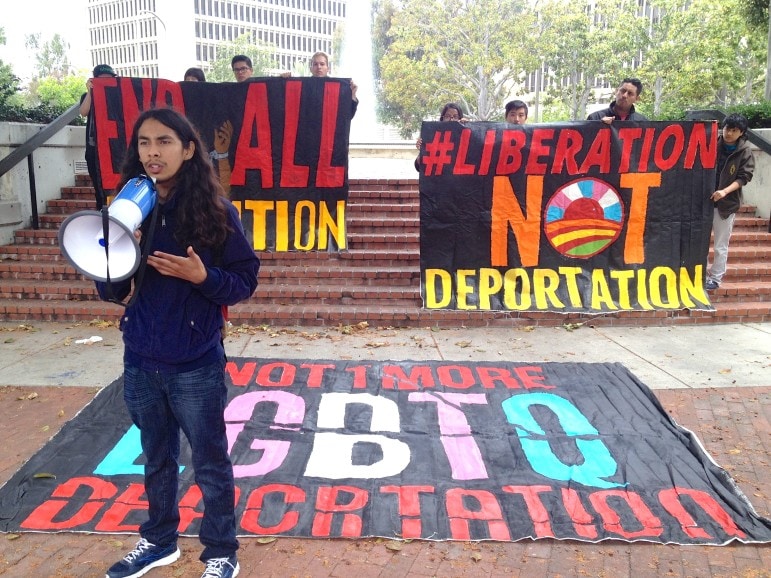 They’re demanding that the City Council cancel the ICE contract, that council members advocate for ICE to release transgender immigrant women nationwide, and that federal immigration authorities end their detention of transgender women.

“We can no longer tolerate these kinds of abuse that [Santa Ana officials] know is happening inside these detention centers,” said Jennicet Gutiérrez, a transgender Latina activist who drew international headlines last year when she interrupted President Obama during a gay pride celebration at the White House.

“I think Santa Ana has an obligation and a responsibility to make the right decision and end the ICE contract now…The abuse cannot continue. Our humanity cannot be questioned any more.” added Gutierrez, who works as an organizer with Familia: Trans Queer Liberation Movement.

The three initial hunger strikers are Gutiérrez; Jorge Gutierrez, director of the Familia group; and Deyaneira Garcia, a senior at Segerstrom High School.

They plan to camp out at Sasscer Park 24 hours a day indefinitely, with others potentially joining the fasting in the coming days. A series of volunteers are slated to accompany them in shifts. Organizers also plan to post updates on the hunger strike on their Facebook page.

There were 27 transgender immigrant detainees at the Santa Ana jail at last count, according to Hairo Cortes, an advocate with Orange County Immigrant Youth United, which co-organized the event with DeColores Queer OC.

Under pressure from activists and community members, the council showed an interest in February in phasing out the ICE contract, but didn’t set a timetable.