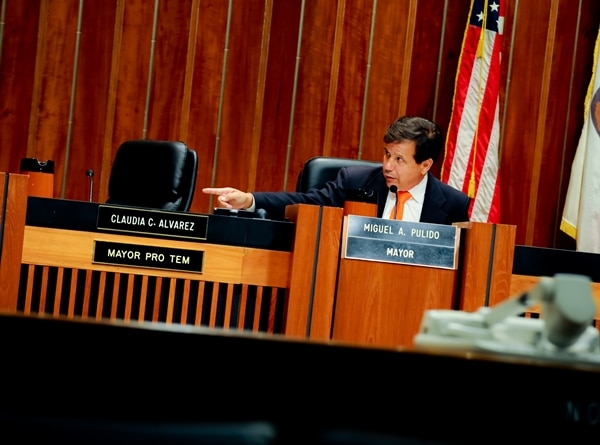 Back in May, Santa Ana Mayor Miguel Pulido curiously recused himself from a routine vote on liquor and late night operating permits for a new restaurant from a local chain called Mariscos Hector.

As the vote came up, the mayor said he was excluding himself “out of an abundance of caution” because he “may have received a contribution” from the chain’s owners.

At the time, there was no record through the end of 2015 of the mayor receiving campaign contributions from anyone directly associated with the chain and its newest branch, Hector’s on Broadway. But as a Voice of OC exposé published the following month revealed, Pulido has had a lot of contact with the people who own and run the chain.

In a number of social media posts by Hector’s front man Diego Olivares, the mayor is seen attending parties with Olivares and his friends at a ritzy mansion, having dinner together and visiting the planning counter at Santa Ana City Hall. 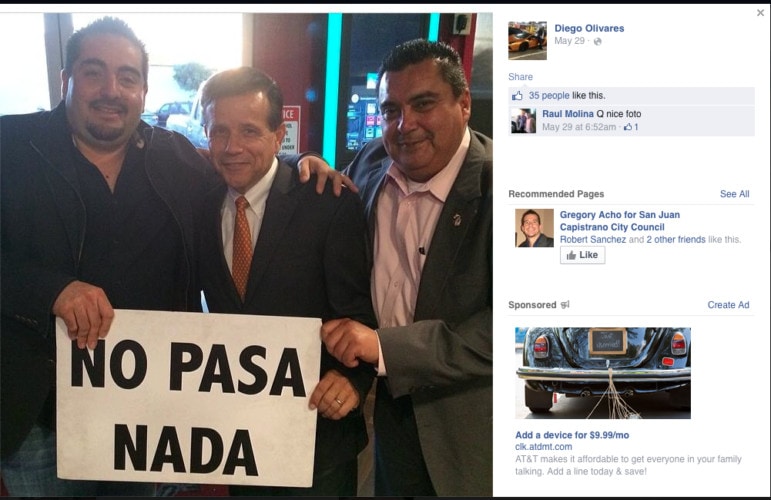 Olivares even got a coveted seat at the mayor’s table during his State of the City address last year. And Pulido went so far as to join Olivares in a promotional video for the restaurant chain.

Yet a recent check of his most up-to-date filings, which were filed at the beginning of this month and cover the first six months of this year, showed no contributions from Olivares or one of his known business partners.

And Pulido has disclosed no ties to the business in his Form 700 report, on which he is supposed to list his income and financial interests.

It’s possible that Pulido is in the clear legally, and had no conflict of interest that he would have to disclose. But the mayor remains less than clear on his relationship with the restauranteurs.

Voice of OC sent questions to Pulido through an intermediary on Aug. 16, asking if he has any financial or business ties to Hector’s or its owners and managers.

Pulido declined to respond to the questions.

A source close to Pulido has said that the mayor abstained from the vote because he had helped Olivares with the permitting process and the mayor felt he was too close to the issue.

If the mayor indeed has financial ties to the restaurant that he hasn’t reported, his vague explanation for his recusal could constitute a violation of the state’s Political Reform Act.

The law requires council members to recuse themselves from votes involving businesses or people with financial ties to the elected official. And in addition to the recusal, the council member must adequately explain the circumstances of the conflict.

Historically, Pulido has had a habit of withholding information from campaign finance and financial disclosure forms, which has led to multiple investigations by the state’s Fair Political Practices Commission (FPPC) during his nearly 22 years as mayor.

In one recent example, Pulido was fined in July for failing to report $14,750 in campaign expenses for his 2014 mayoral race.

Pulido is also the target of an ongoing FPPC investigation into whether he illegally omitted $15,750 in campaign debt from his disclosure forms as if it never existed.

And most recently, Shirley Grindle, the mayor’s one-time treasurer and Orange County’s campaign finance watchdog, found more than a dozen omissions from the financial disclosure Pulido filed in April. Among the missing information were the terms of personal loans to the mayor, his positions with companies listed as sources of income and their business activities.