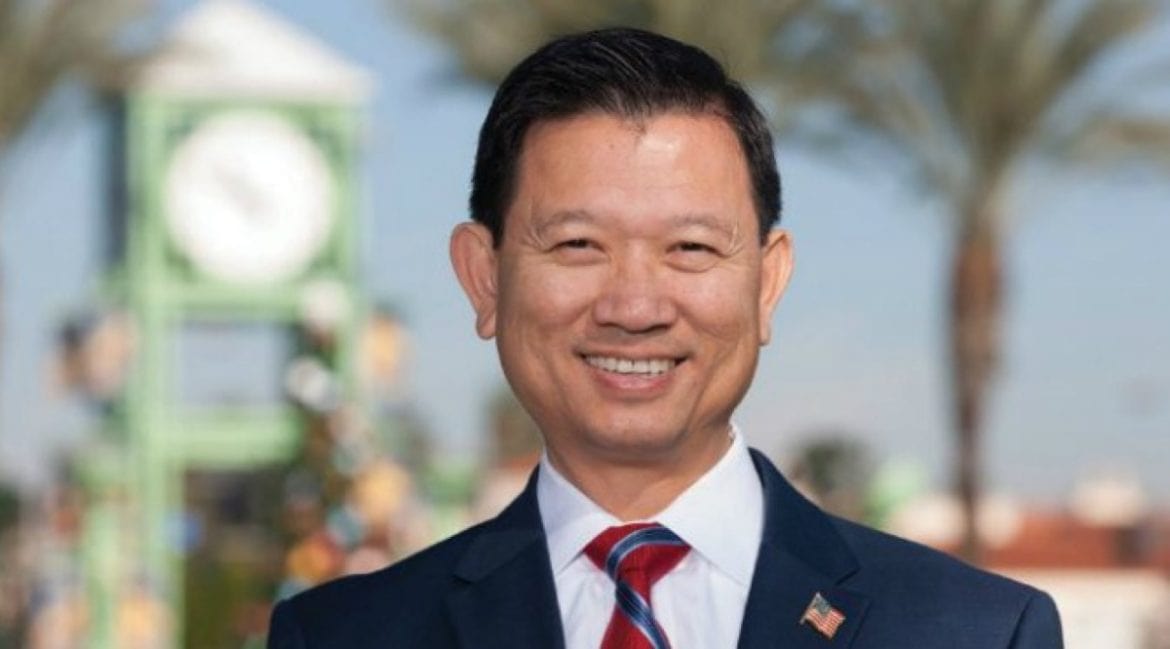 Republican Orange County Supervisor Andrew Do scored a convincing victory Tuesday in his bid for re-election.

The last Election Day update from the county Registrar of Voters shows Do winning 53 percent to 47 percent over his Democratic opponent, Michele Martinez.

An unknown number of mail-in and provisional ballots still remain to be counted for the 1st District supervisor seat, though it is highly unlikely that Do would lose his 6-point lead.

Do did not allow media at his election party event and didn’t respond to a request for comment on his victory.

In an interview, Martinez said she held the Board of Supervisors accountable by pushing Do to take action on homelessness by opening a shelter at a former bus terminal. 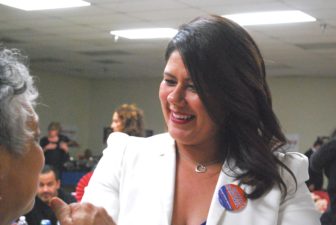 Martinez talks with a supporter on Election Night.

First District residents are “the poorest, most [densely] populated, of all Orange County,” Martinez said. “We need to continue to help those that are vulnerable, that are mentally ill, those that are homeless.”

Martinez added that Do’s use of taxpayer funds on mailers that featured his name created “a totally unfair disadvantage” against her, adding that Do outspent her “6-to-1.”

“At the end of the day, what he did…there’s still repercussions. What he did was illegal, and I don’t think this is over. And it’s wrong to spend the taxpayer dollars the way he did. It’s unprecedented.”

Martinez didn’t return a follow-up phone message asking if she plans to file a complaint with the state Attorney General.

Do won the supervisor seat after winning a Jan. 2015 special election, and asked voters to keep him in office to continue his efforts to address homelessness and improve veterans’ services.

Perhaps the biggest single theme of the campaign was homelessness and how to address a ballooning transient population in central Orange County.

In a stream of campaign mailers to voters, Do touted his leadership in hiring a homeless services coordinator at the county and getting an emergency shelter opened at a former bus shelter next to the Civic Center.

Martinez, meanwhile, has criticized Do and the county for failing to have a year-round shelter until the election season, despite over $20 million per year in federal funding to the county for homelessness efforts.

The two candidates have also accused each other of abusing taxpayer money for their own benefit.

Martinez has missed nearly all of the meetings for committees she serves on as the city’s representative at Southern California’s main water agency, records show.

She’s also been collecting $50-per-month payments from the city for short Housing Authority meetings that frequently last for just seconds. And this summer, she and other members of the Southern California Association of Governments (SCAG) board stayed in high-end hotels in Europe, and received more than $1,000 in stipends during a taxpayer-funded trip to study transportation systems.

Meanwhile, Do has sparked concerns himself by using taxpayer funds to send out over 1 million mailers this year featuring his name, many of which were sent within a few weeks of Election Day.

Many of the mailers appear to have been targeted targeted based on powerful voter databases, provided by the firm “Political Data Inc.,” that are normally used by political campaigns.

Martinez’s campaign directly accused Do of using taxpayer dollars for his re-election campaign.

In response, Do has touted the public benefits of the events the mailers invited people to, but has declined to comment on how they were targeted.