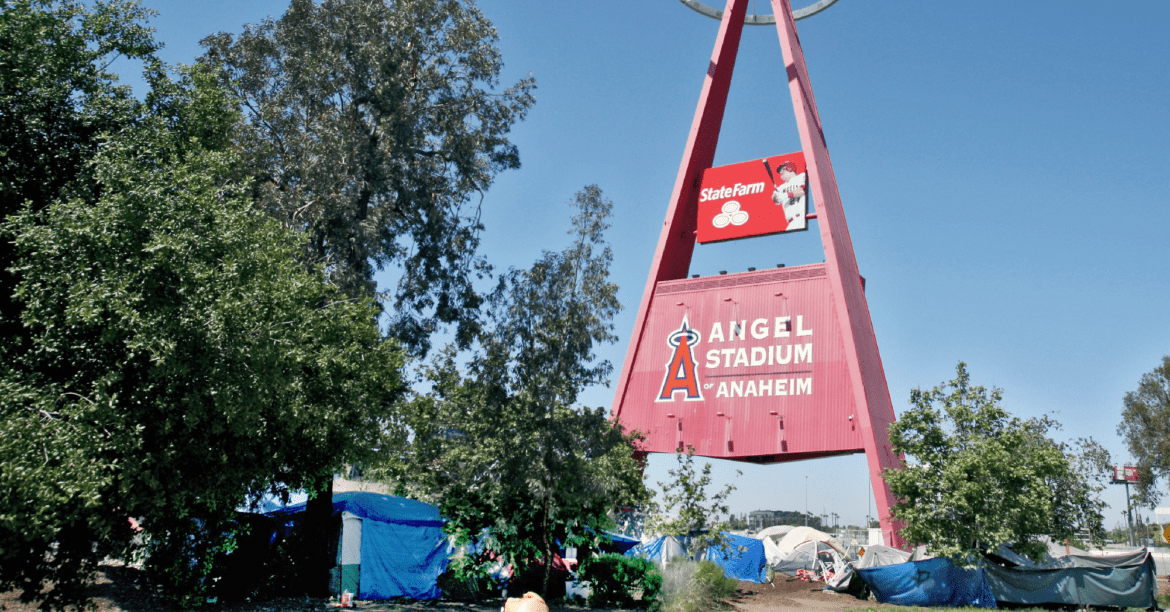 Orange County, wrestling with a homeless population of thousands of men, women and children, is moving toward increased cooperation among leaders in government and other organizations as well as new approaches to deal with those who live on the streets.

The issue is broader than the big tent camps along the Santa Ana River banks or on the grounds of the county Civic Center, said Paul Leon, founder of the nonprofit Illumination Foundation, which helps those who are homeless get off the streets.

When he and his colleagues travel Orange County, Leon said, “the first thing [people] say is, ‘Wow there’s so many homeless people in Mission Viejo, in Newport Beach’” and other cities.

New shelters and proposals to use public property for temporary homeless tent centers are among steps being tried by county supervisors. Nonprofits and some cities also are coordinating programs. Santa Ana this week voted to create  permanent living spaces for homeless veterans. But the problem is big.

Who is homeless in the OC?

More than 15,000 people are homeless in Orange County at some point during the year, according to the most recent official study, which counted 4,452 homeless people during one morning in January 2015.

The figures are from the county’s 2015 point-in-time count, which is prepared every two years and is considered the most accurate census of homeless people.

Another count was conducted this January, but the results won’t become public until later this month.

More than 3,000 of the homeless counted in the one-day sample were single men and women. But as of last year there were just 1,624 beds for them under the main programs of quickly finding housing and providing services like mental health and substance abuse treatment, according to estimates last year by the county’s homelessness czar, Susan Price.

Most Orange County shelter beds are provided to families, single mothers, or pregnant women, according to Price.

That leaves hundreds of homeless men and women without a realistic option for shelter or housing on any given night.

And as of April 16, county shelters that have served as many as 278 people per night will shut down until December.

The nighttime shelters, operated out of National Guard armories in Fullerton and Santa Ana, are open only during cold-weather months.

At the same time, a new, 24-hour county shelter and service center, known as the Kraemer shelter, is slated to open in Anaheim later this month with 100 beds and services like mental health care, drug treatment and job placement.

Stays at the Kraemer shelter are expected to average 30 days per person, with a goal of getting people into housing after that. But county supervisors haven’t announced plans to significantly increase the homeless housing supply.

Supervisors’ Chairwoman Michelle Steel didn’t return messages seeking comment on county homeless plans. Price declined to be interviewed, but through a spokeswoman provided a list of accomplishments and ongoing projects.

Among them was the recent addition of a county shelter in downtown Santa Ana, known as the Courtyard.

It opened in October, and provide a place for about 400 homeless people to sleep, along with showers, laundry, property storage, and connections to medical clinics, veterans’ benefits and legal aid.

Meanwhile, Supervisor Shawn Nelson has called on county officials to try to find room to shelter every homeless person in Orange County, potentially on county properties.

With people living on the streets for long periods of time homeless deaths have risen sharply, from 53 in 2005 to over 200 last year, according to county coroner’s data. Much of the increase was attributed to drug and alcohol overdoses.

What is the answer?

Locally and nationally, the conversation around ending homelessness now focuses on providing permanent housing for chronically homeless people, including support services. The approach is known as permanent supportive housing.

Studies have found it helps people get off the streets, turn their lives around, and saves the public money.

In Orange County, new research from UC Irvine estimates an overall savings of $42 million per year if every chronically homeless person is provided permanent supportive housing.

Their Chronic Care Plus program focused on 38 of the most-frequent and costly homeless users of hospital services, most of whom had a mental health condition and a substance abuse history.

Three years later, almost all of them – 36 people – remain in housing and see doctors to address their underlying health issues, according to Leon, the nonprofit group’s CEO. He previously said the $1.4 million spent on the program saved $14 million in costs at one hospital alone.

An expanded version of the program, called Street2Home, is expected to triple the number of people served, to 108.

Bernstein sent out an invitation to several mayors Tuesday seeking their first meeting about homelessness and other issues, according to an assistant to the mayor.

And city leaders are talking about affordable approaches to housing, like converting used shipping containers, such as the Potter’s Lane project in Midway City.  Other ideas include small, pre-fabricated homes and renovating unused apartment buildings.

If city and county officials team up on creating homeless housing, including on publicly-owned properties, they could largely solve homelessness, Leon said.

“We can see a little bit of flicker at the end of the tunnel, but there’s just a long way to go.”