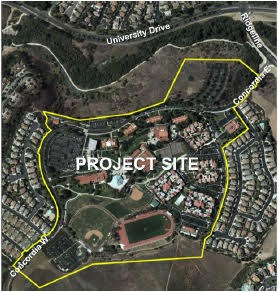 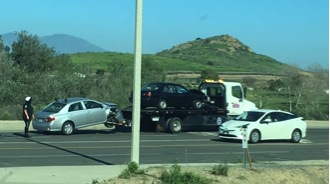 In 1992, Concordia sold off a portion of their land to developers in order to maintain financial solvency. Now, they are imposing an aggressive expansion plan for their own private interests with no concern for the surrounding neighborhoods. This expansion compounds the problem that plagues our community – the overall increase in traffic and haphazard development that is creating gridlock for the entire city of Irvine.

Due largely to the closure of Shady Canyon (deviation from the master plan) as a through artery from the 405 to major economic centers like UCI and Fashion Island, The Turtle Rock neighborhood has become a major alternate throughway making traffic already a nightmare for these small residential villages.

In 1992, the California Air Quality council capped the Average Daily Trip (ADT) counts at 2000 for the University. Despite this limitation, the University amended their Master plan to increase their ADT to 3500. As the aforementioned through traffic is crippling the residential neighborhood of Turtle Rock, the University continued to add additional cars and the accidents continued to happen.

The University/Ridgeline exit is an OCTA approved expansion that has not yet gone out to bid (estimated completion 2020) and there have been 3 accidents in the last month alone. In 2014, Concordia once again submitted an amendment to the City to further increase their ADT to 5500 as well as include some 25 additional events 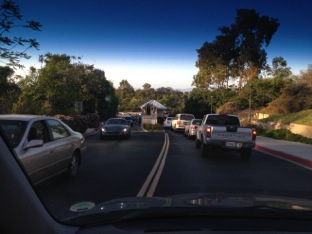 as a part of a NCAA Division 2 expansion that brings 38 light poles and busses onto the roadways.

Per City Ordinance the applicant must be in compliance with the existing ordinance in order to have their application considered.  The Traffic Impact Analysis that CU submitted measured 4732 ADT, which is 35% higher than their maximum ADT at full build out and 60% higher than what the ADT should have been at the square footage and student population existing in 2014.  How can the city legally approve the Zone change without CU being in compliance? Per the City’s ordinance, the CUP should be revoked and CU made to operate within their 3,500 ADT limit.

In reviewing the City’s records, Special Development Requirement SDR 14 in Zoning section V.E.-821.6 imposed on Concordia University (CU) a mandatory limit of 3,500 average daily trips (ADT). When queried about this, the City Development office responded with, “ there presently is no requirement on Concordia (in the Zoning or otherwise) to demonstrate compliance with the 3,500 ADT cap using on the ground traffic counts.”

So the question – Why is it incumbent upon Concordia to monitor or demonstrate their own compliance? Isn’t that the job of the City? How is the City claiming that CU is compliant? The City is referencing a nebulous formula put forward by CU that derives ADT from a combination of dorm rooms and FTE (Full Time Equivalent) students and not using on the ground car counts. Regardless of how it’s derived, an ADT is an ADT and is the law as the current cap stipulated in the Ordinance as 3500 trips into and out of the development.

And what about safety? What’s the evacuation plan? This CU expansion snarls two of the three access roads to Turtle Rock preventing orderly and coordinated evacuation in the event of an emergency. In a shocking disregard for the tax paying, voting citizens and over much vocal dissent, the Irvine City Planning commission moved forward with this expansion without any traffic mitigations (reference City Planning Commission  meeting 16 March 2017).  Planning Commissioner Patty Bartlett stated prior to the completion of discussion, “Let’s get this motion going so that you [Concordia] don’t miss your construction schedules!”   How is this bias allowed in our government and from officials who are supposed to be representing the citizens of the city? Mayor Don Wagner has recused himself because his law firm has a relationship with CU. Past Mayor Choi was on the Presidential Advisory Committee for CU. Who is representing the Irvine Citizen?

At the end of the day, residents get the worst of all worlds: an increased trip count and no movement toward any kind of traffic solution.

Many people at the Planning Commission meeting on March 16th made it abundantly clear that they are upset about traffic; they emphasized that they were not opposed to CU updating old buildings and improving the campus. People buy homes with the expectation that they can get in and out of their neighborhood safely.

One 40 year resident of Irvine stated, “I’ve never seen a private institution take such steps to force Turtle Rock or any residents to suffer such major traffic problems to please an out-of-hand self-serving private interest expansion.”

We all love the City of Irvine and moved here for all its attributes – the Open Space Initiative, the superior school system, green belts and nicely manicured public spaces and parks are all in synch with our attraction to the City. However, the continual abdication to random developments absent a coherent long-term plan should be top of mind for all voters and tax paying citizens.

There is a strong sentiment that is expressed by City Council Members about the rights of property owners to develop their land, the question we have for such protectionism, is where are the rights of the many residents that purchased and paid for their homes many years ago under the pretext that our City officials would ensure that development would be according to the master plan of the community.

The insanity has got to stop. Come to the April 25th meeting at 5:00 p.m. Irvine City Council and voice your opinion.

Joe Martinez, Brian Teeter and Karen Jaffe are representatives for Irvine for Responsible Growth, a citizen organization that is promoting a responsible growth plan for Irvine. Our objective is to ensure that the voices of the residents of Irvine are heard over the wallets and greed of the developers. Traffic was THE NUMBER ONE concern for the 2016 elections and we aim to ensure that the elected officials of our city represent the tax paying, voting citizen. They are circulating a petition and can be reached on FaceBook or at [email protected].