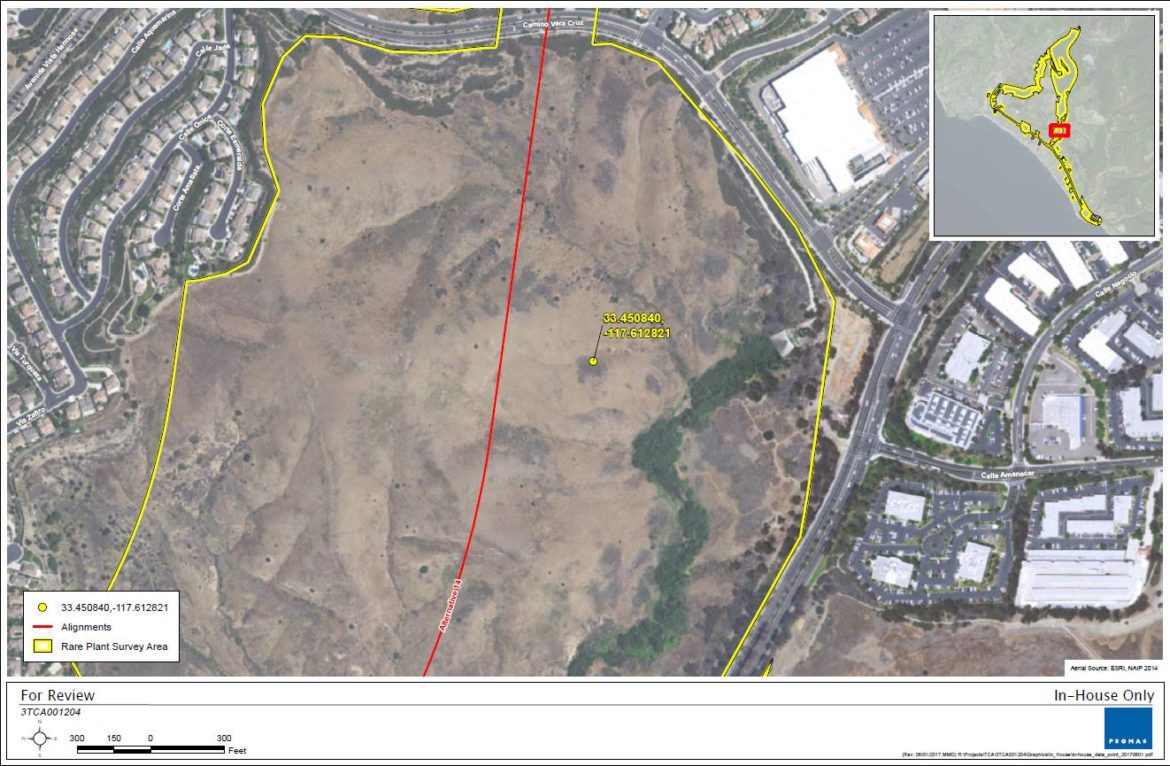 A few weeks ago human remains appeared in a remote area on Pico by the hills. The newspapers said that “hikers” found the remains. The people living along Camino Vera Cruz knew that they were not “hikers”. Allegedly, they were biologists hired by the TCA from an environmental firm called Psomas. How did we know that? Well, the community asked the biologists. Also the Sheriff Department accidentally sent out a photo with the location of the human remains with the peculiar marks – PSOMAS for TCA –route 14. 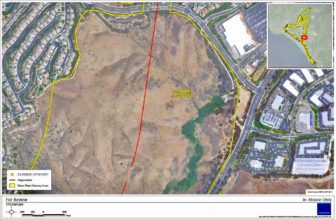 After all this, we wanted some further details, so naturally we did a public records access request asking for the rest of the map, description of the nature of the work by Psomas in San Clemente and compensation to Psomas. We also wanted to know exactly at what stage is the Transportation Corridor Agency in the process and the nature of the traffic studies used to determine the need to this particular route. 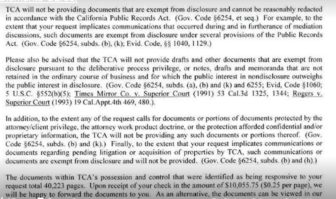 To no one’s surprise, the TCA replied with the following: “ TCA will not be providing documents that are exempt from disclosure and cannot be reasonably redacted in accordance with the California Public Records Act”. With regards to the traffic studies the TCA said that we had to submit $10,000, never mentioning that we could get them free of charge by simply sending a thumb drive.

Several people have complained to our elected officials and the TCA Board about the first and fourth amendment violations during the third forum on June 5th where people possessing a NO TOLL ROAD hat, sticker, pre-written questions or any paper with NO TOLL ROAD writing had them confiscated and removed, and some even thrown away. If one did not comply, the people that the TCA had in place would threaten to call the police. The CEO of the Toll Roads Mike Kraman said that these irregularities only happened at the beginning of the process, and I can tell you that is categorically not true as I was one of the last persons to get in. I had my items confiscated and my husband was told not to speak or they would call the police. 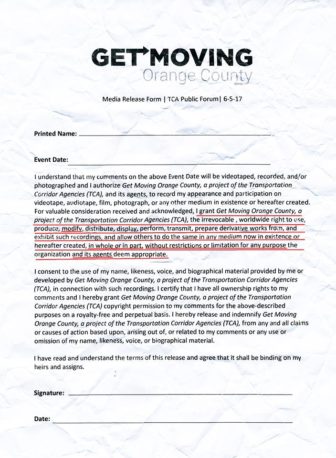 During the same charade of a Public Forum, the TCA also had people sign a ridiculous release giving them the absolute right to modify our statements and video. I also sent my RSVP on time; however I never received a confirmation RSVP in return. The TCA apparently selected who they let in and when they let people in to the very small auditorium where thousands of people where left outside, without participation.

So frankly, this is why MOST of us in San Clemente don’t trust in the process and most certainly don’t trust the Toll Roads authority/TCA and their Board of Directors.