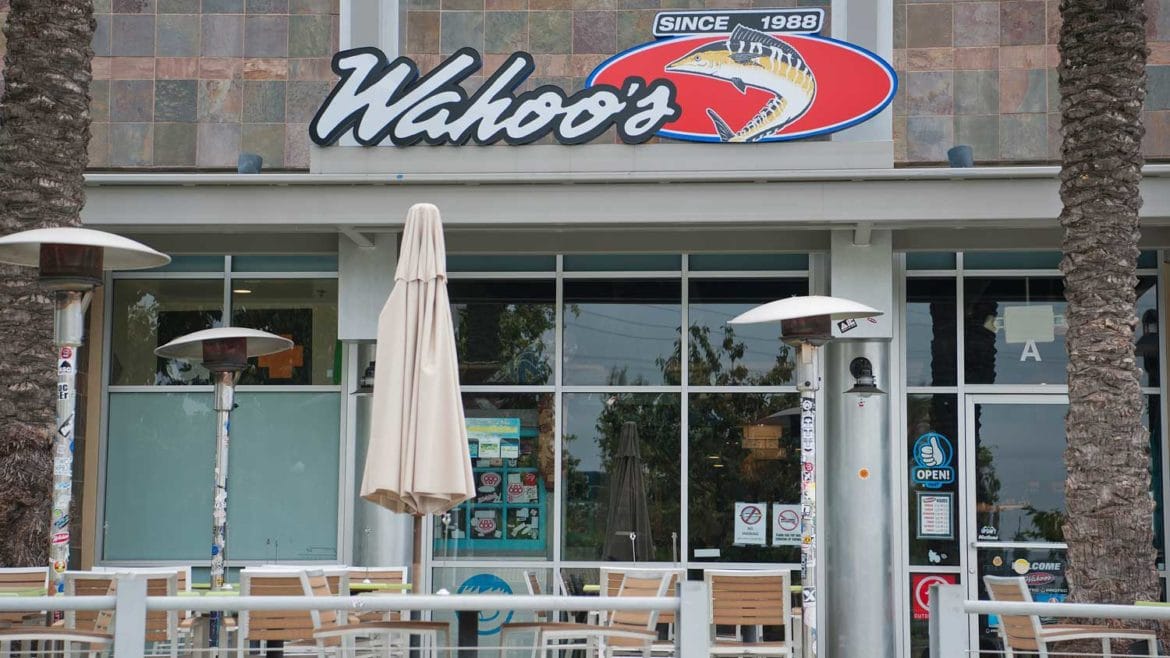 Orange County Supervisor Todd Spitzer repeatedly tried to issue a public statement suggesting he would have been justified using “deadly force” against a Christian preacher he handcuffed in 2015 for allegedly staring at Spitzer and a nearby table knife at a Wahoo’s Fish Taco restaurant, according to county emails released as the result of a Voice of OC public records lawsuit.

Spitzer’s staff emailed the records to Voice of OC Friday along with a statement in which the supervisor said “Regarding the events on April 3, 2015 at Wahoo’s Restaurant, I took appropriate caution as a situation developed that was threatening to both to me personally and other customers in the restaurant given that it involved an unstable individual and a sharp edged potential weapon.”

No one was injured, arrested or charged in the Foothill Ranch incident.

In the 2015 explanation for handcuffing the preacher, Spitzer questions the man’s mental health and said he relied on his 10 years of experience as a volunteer Los Angeles Police Department reserve officer during the 1990s.

“I have made or assisted in thousands of arrests,” said Spitzer, a lawyer, in the 2015 article titled “I WILL NEVER TURN MY BACK ON THE PUBLIC OR ITS SAFETY.” His volunteer service with the LAPD also overlapped his first term as supervisor from 1996 to 2000.

Spitzer, a likely candidate for District Attorney next year,  said in his Friday statement “government transparency and public safety are among my paramount concerns as an elected official.”

Voice of OC Publisher and Editor Norberto Santana Jr. responded: “I find it sadly ironic that Supervisor Spitzer lauds his commitment to government transparency in his statement yet fought viciously against the release of these records for more than a year.”

“In addition to threatening reporters and the California Shield Law, Spitzer has wasted countless hours for County Counsel, our newsroom, as well as taxpayer money to keep these records shielded.

“We are content that the public finally gets to see what he didn’t want anyone to know about,” Santana said.

“We’re also proud, as a news agency, to have stood up and successfully defended the public’s absolute right under our state constitution to monitor communications between elected officials and public bureaucrats.”

Voice of OC public records litigator, Kelly Aviles, sued for the records in March 2016, after the county refused to release them in response to a California Public Records Act request.

Spitzer and county lawyers fought the suit and tried for several months to depose Santana, under oath, about his reporting.

The judge ultimately rejected the county’s deposition attempts, saying the California Constitution provides an “absolute” privilege for journalists’ unpublished information, and the deposition is irrelevant to whether the county records are public.

After reviewing the records and hearing legal arguments from both sides, Schwarm issued a final decision June 5 declaring all but one paragraph of the Wahoo’s statement and emails public and ordering them released.

Under state law, when local government leaders fight the release of public records and lose in court, taxpayers pay the legal fees for both sides of the case.

(Click here to read Spitzer’s 2015 statement and emails ordered disclosed by the county.)

News of the Wahoo incident didn’t break until five months after it occurred, when it was reported by CBS Los Angeles on Sept. 3, 2015.

The next day, Sept. 4, according to the newly released documents, Spitzer sent the county’s then-chief spokesperson, Jean Pasco, a statement he wanted to send out about the incident.

He asked Pasco, a former Los Angeles Times reporter, for her suggested edits.

“I must recommend against making any other statements regarding this incident,” Pasco emailed back.

“It was a one-day novelty story at best,” she added. “A further statement will be seen by reporters as issuing a defensive manifesto and will just prolong a story that wasn’t particularly newsworthy to begin with.

Spitzer replied “I will make this a public statement about mental health.”

But Pasco continued to press Spitzer to stop – and suggested he could open the county up to being sued.

“My worry is that you’ve already implied the guy was fired from his job and was acting as if he was mentally ill. Going further to tie the incident to his alleged mental illness may be perceived as slander,” Pasco wrote.

Spitzer ultimately did not issue the statement.

“She (Pasco) advised me that certain statements in the document could expose the County to legal liability because I specifically referenced the subject’s mental state,” Spitzer said in Friday’s statement.

“Based in part on her professional advice, I decided not to continue with the opinion piece,” Spitzer said.

The Wahoo’s incident began when Spitzer said Christian preacher Jeovany Castellano came up to the table where Spitzer was sitting by himself and began preaching about God, but didn’t stop when Spitzer said he wanted to be left alone.

As the situation intensified, a restaurant employee intervened and asked Castellano to sit at another table, which he did.

Spitzer said Castellano continued to stare at him and at a knife on the table.

“When [Castellano] tried to sit down next to me by sliding between two tables and began eyeing the serated [sic] steak knife I could not let him advance,” Spitzer wrote in his 2015 article.

“As a police officer, I have received hours of training on edged weapons. Police officers are trained not to allow anyone either armed with a knife or ready access to a knife to come within 10 feet,” he wrote. “Use of deadly force is justified under those circumstances.”

Spitzer called 9-1-1, went to his car, retrieved the gun he has a permit to carry and handcuffs, went back into the restaurant and cuffed Castellano.

When sheriff’s deputies responded, Spitzer told them he couldn’t remember what happened right before he detained the preacher.

Sheriff’s Deputy Danielle Stow, who responded to Spitzer’s 911 call, said the knife on the table was a butter knife.

Wahoo’s corporate trainer Sergie Osorio, who was on the scene, told Stow Spitzer decided to handcuff Castellano because he kept looking at him.

Castellano “was very solid, very calm, and at no point did I saw [sic] him being threatening or anything,” Osorio told the deputy.

Spitzer disputes the description of the knife, telling the Orange County Register in a September 2015 interview it was a table knife, and said his actions were necessary to protect himself and others.

“First and foremost, Orange County has a serious mental health population issue,” Spitzer wrote at the beginning of the 2015 statement.

Castellano, he wrote, “clearly is affected by mental and emotional issues.”

Spitzer detailed his law enforcement training and previous incidents where he used force.

“I have years of experience working the most difficult beat in America, the streets of Los Angeles, for an entire decade,” Spitzer wrote in the 2015 statement. “I have made or assisted in thousands of arrests. I graduated from one of the world’s finest academies. I was my class leader in the Academy and I was named Hollenbeck’s Reserve Officer of the Year and the Divisions’ Reserve Officer of the Year.”

“I wasn’t leaving Wahoos [sic] until I knew that the customers and the workers there were safe from Mr. Arellano,” Spitzer wrote, giving the wrong last name for Castellano. “I have special training. Most people do not.”

Sheriff Sandra Hutchens told the Register in 2015 “I don’t think he (Spitzer) did anything wrong. He perceived a threat. He acted upon that. … It was resolved; nobody got injured, and it was over.”

Spitzer added in his 2015 article he had no regrets about how he handled himself at Wahoo’s. “I would do it again.”

In his Friday statement Spitzer included a photo of a plaque he said was presented to him by Wahoo’s owner Wing Lam who, he said “personally thanked me.” The plaque expressed “appreciation for protecting his customers and employees.”

In his statement Friday, he affirmed his decision.

“If I encountered the same situation, I would take the exact same actions.”