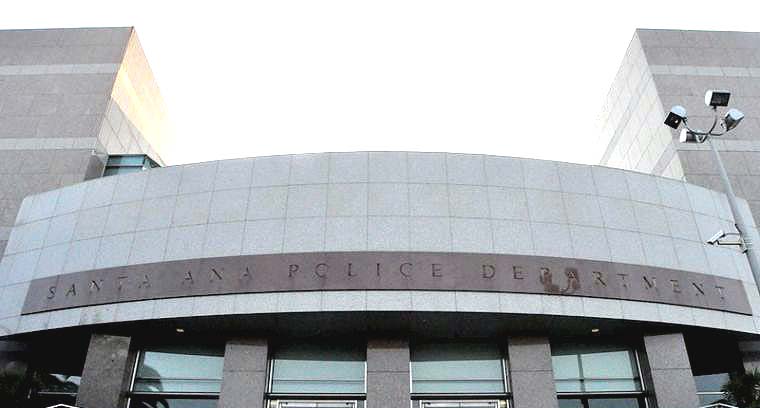 Today, the Santa Ana City Council will decide the fate of a jail reuse study that has been in the works since April 2016. One may rightfully ask, how did we ever end up with a failed jail business project in Santa Ana? Well, at some point in the 90’s, former Chief of Police, Paul Walters, and current Mayor Pulido envisioned a “grand plan” for profit, not safety. Their plan was to build a city jail expecting major profits from inaccurate projections of high incarceration rates resulting from their also failed “tough on crime,” “war on drugs,” and “lets act as ICE agents,” policing practices. Their business plan was disastrous and now they have dined and ditched us the bill.

This jail reuse study resulted from the need to pay the debt owed on the jail while figuring out what to do with it now that it has not only failed as a business, but has also failed to improve public safety. Many Santa Ana residents envision re-purposing the Santa Ana City Jail, but their vision is under attack by the same people, such as Mayor Pulido, who created the problem to begin with and who continue their addiction to bad businesses, criminalization, immigration detention and for-profit jails.

We cannot fall victim to, or be distracted by the falsehoods, the fake news placing the blame entirely on “gangs”, and instead, we must be vigilant and focused on the root causes of violence in our communities. Similarly, we cannot gloss over the effects of failed systems and paint those affected, as the ones who caused the problem. It is common sense that the costly choice of suppression will never be the solution in addressing the multifaceted issues facing Santa Ana, but those that are against the vision of re-purposing the jail are addicted to fast cash and proposals that lack common sense. It is irrational to continue to believe that we can arrest our way out of violence in our communities or out of homelessness, but the people against the vision of re-purposing the jail live in the past and want to bring the worst of the 80’s “tough on crime” back. As silly as that sounds, unfortunately they are serious.

The City of Santa Ana should not continue to pursue a failed jail business model because it has clearly not served to benefit the public at all. It has only served as a public burden. Although those against the vision of re-purposing the jail can seem persuasive with their promises of fast cash, we cannot afford to go back to having a for-profit, failed jail business model in Santa Ana. These types of businesses are dependent on the criminalization of vulnerable communities like people of color, immigrants, the homeless, people with mental health needs and the youth. As a result of this type of failed for-profit jail model, Santa Ana’s future and the taxpayers have come to bear the brunt of a business and public safety disaster.

Today at the city council meeting, some will again, attempt to fool Santa Ana resident into believing that a jail and making money from the jail, will solve the problems faced in Santa Ana. We are left wondering how can we ever have an honest, serious and responsible conversation about addressing public safety in our city and society? A jail is too expensive to operate and offers no public benefit to Santa Ana residents. We need to continuously move towards an expedited phase out of this failed jail business model and towards a model that centers prevention, intervention and the needs of Santa Ana residents. Santa Ana taxpayers will receive a higher return in public benefit in the long term if the jail was transformed to address already existing community needs in the areas of health, housing, etc.

Expanding jail services will lead the city closer to bankruptcy. The Police Department already receives more than half of the Santa Ana budget. In expanding jail contracts, the city would need to hire more SAPD jail officers. This in turn, would spike an increase in pension costs. The ever-increasing pension costs of SAPD are already a reason why the city might go bankrupt in the near future. Although fast cash sounds nice and although it seems like a good economic decision, expanding jail services now is a short sighted decision because what it will really do is push the city much closer to bankruptcy.

We can all agree that we have a historic opportunity before us to transform the failed legacy we have inherited from former Chief Paul Walters and Mayor Pulido. We are going to have to imagine something new that will benefit the public of the future. We have an opportunity to transform our problems into solutions that are less costly in the long term. We need alternative uses of the jail that would better serve the interests and needs of Santa Ana residents. Transforming the jail and re-purposing it will not only address the needs of Santa Ana residents and benefit the public, it is also a proactive, preventative, and cost effective long-term public safety solution.