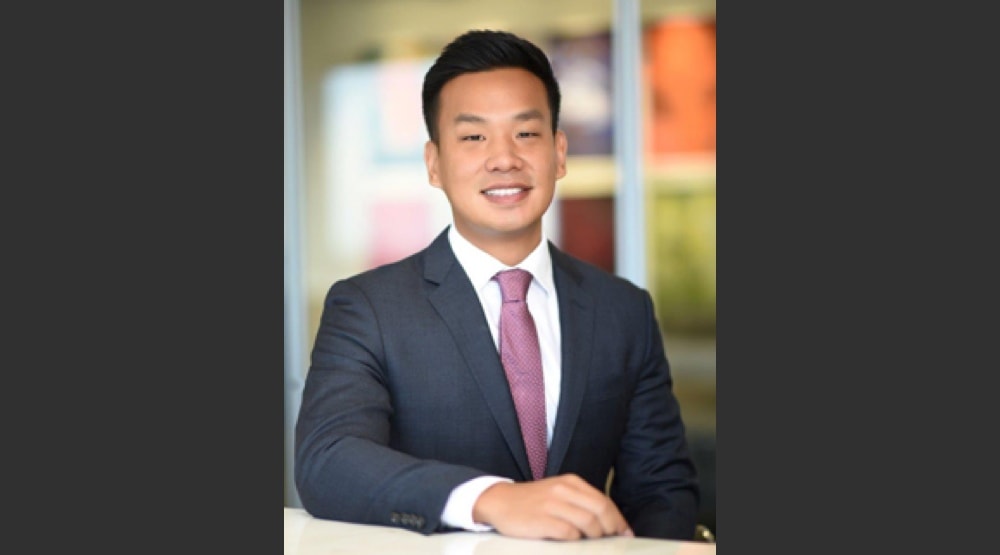 H. Josh Ji was nominated to serve on the county ethics commission by Supervisor Michelle Steel.

Orange County supervisors are scheduled to vote Tuesday on appointing the second member of the still-unformed countywide ethics commission.

Supervisor Michelle Steel nominated H. Josh Ji, an attorney with Greenberg Gross LLP, to serve on the Campaign Finance and Ethics Commission, which supervisors have yet to form more than a year after voters ordered it created in June 2016.

“I’m very honored,” Ji said in an interview Monday. “I’m just looking forward to serving the community and doing what I can.”

Ji, who was admitted to practice law in December, said he will bring his experience as an attorney to the table, including looking at regulations, codes and case law and applying them to the facts in front of him.

“From what I know, he sounds like an excellent appointment,” said Shirley Grindle, an activist who helped write the ethics commission law.

“I look forward to seeing this commission get started,” she said, adding that county supervisors are “draggin’ their feet.”

“I hope this spurs the others into making their appointments, because there are pending issues that we need a commission for,” Grindle added.

The five-member commission will be tasked with providing fair and independent enforcement of the county’s campaign finance limits, lobbying law, gift ban and code of ethics.

Ji’s employer was hired this year to publicly advocate to supervisors on behalf of a company seeking a county contract to oversee services for private jets at John Wayne Airport.

The company, ACI Jet, was ranked fifth in the county’s competitive bidding process. And as the lease decision was approaching, ACI and its supporters outspent the incumbent vendor, Signature Fight Support, by 2-to-1 in contributions to supervisors, according to campaign finance records. ACI’s supporters contributed $7,700, while Signature’s supporters spent $2,750.

As supervisors prepared to choose ACI Jet in February, Signature claimed such a move would be illegal. ACI hired Greenberg Gross to communicate with supervisors and present legal arguments challenging Signature’s claims.

Wayne Gross, who co-founded Greenberg Gross and helps lead the firm, wrote a letter to the county supervisors in February “on behalf of our client Aviation Consultants, Inc.,” also known as ACI Jet, “to respond to the misleading and inaccurate arguments put forth” by Signature.

Gross, who formerly served as the top federal prosecutor in Orange County, also spoke to supervisors during public comments just before they made their final decision on Feb. 28.

“I’m a lawyer, here on behalf of ACI Jet,” Gross said. He then described the credentials of a former chief attorney at the Federal Aviation Administration, Kenneth Quinn, whom ACI had also hired. After Gross introduced him, Quinn re-assured supervisors it would be not only legal, but “courageous,” to choose ACI.

ACI prevailed, and was chosen for the airport lease by Steel and three other supervisors.

Ji said he looked into his employer’s representation of ACI Jet and was told it would not present a conflict of interest for him to serve on the county ethics commission.

“I looked at the requirements and I ran it through admin and said, ‘Do you think there’s any conflict here?’ They said ‘no.’ And to the extent there would be a company conflict going forward, I would screen myself,” Ji said.

Ji’s employer still represents ACI in an Orange County Superior Court lawsuit Signature filed claiming it was illegal for supervisors to award the contract to ACI. Ji said he doesn’t work on that case.

Grindle said any potential conflicts could be resolved by Ji recusing himself.

“There’s always the possibility that something would come up before the commission that maybe involved their firm or someone they were representing. And then he would have to recuse himself. But you can’t foresee all that,” Grindle said.

“Personally I think he’s the best appointment that’s been made so far.”

The voter-approved ethics law places some restrictions on who can serve on the commission, but they don’t seem to apply in this case.

Local governments have the option of using open and public processes for appointing people to commissions. For example, some city councils conduct public interviews with candidates for planning commission appointments, which allows residents to observe the process.

But county supervisors have opted for a secret approach. They refuse to say who has applied to serve on the ethics commission, and haven’t conducted public interviews of applicants.

Instead, the public first learns who is up for appointment at the absolute last time that supervisors can legally wait to disclose it – the Friday afternoon before a Tuesday supervisors’ meeting.

“I think the applications…should be available to the public completely. There should be nothing to hide,” Grindle said. “I think they should be very transparent about this. What are they hiding?”

The county did make Ji’s application public after his nomination Friday afternoon. But it was buried deep inside a 623-page document that was almost entirely filled with other agenda items, without a page-number guide.

Members of the public would have to scroll to page 611 to find the application. “That’s ridiculous,” said Grindle.

Only one member of the commission has been appointed so far: Peter Agarwal, who was a longtime county commission appointee of Supervisor Shawn Nelson, and Nelson’s predecessor, Chris Norby.

Ji says he would decide ethics issues fairly on the commission.

“I’m an attorney and I just apply the law to the facts, and that’s what I would do,” he said.

“I think it’s a great commission. And I think it really presents the opportunity to really serve the community, especially for an attorney like myself.”