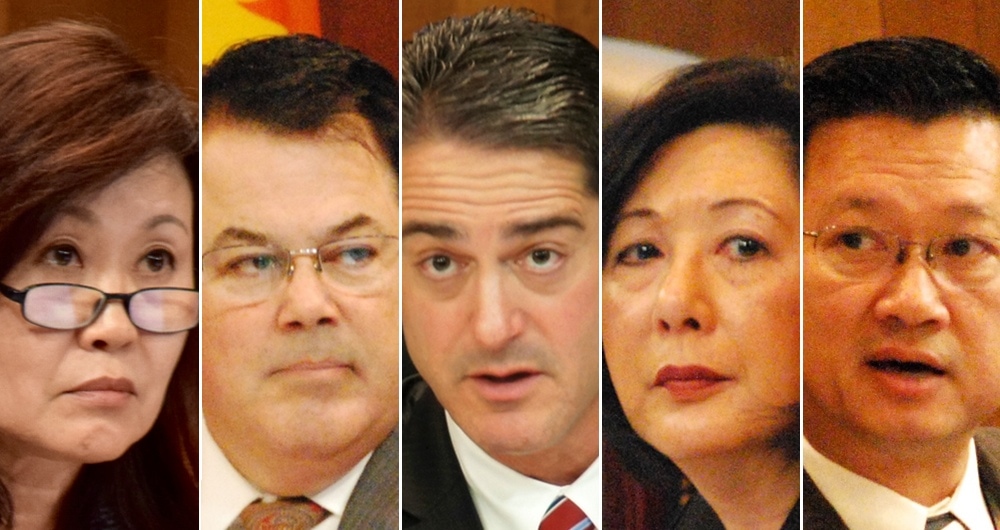 Orange County supervisors have a new policy that allows immediate deletion of certain county emails and text messages about official business, a move advocates say opens the door to destruction of documents the public is entitled to under open records laws.

The policy, which the supervisors approved unanimously Tuesday, says officials may “at any time” destroy emails and text messages they consider to be internal memos or “working notes” they no longer need.

It creates two categories of county records: “official records” that must be kept for at least two years, and “transitory records” – which can apply to emails and text messages between county officials – that can be destroyed immediately.

The policy gives a broad description of the types of records that can be destroyed. It defines “transitory records” as “preliminary drafts, working notes, or inter- or intra-agency memoranda not kept in the ordinary course of business and the retention of which is not necessary for the discharge of a County officer’s official duties.”

It offers no further guidance about what is and isn’t a “transitory record” – a phrase not mentioned in state law or any known court rulings.

“Transitory records may be destroyed at any time,” unless there’s a legal hold or existing public records request for the documents, according to the policy.

It goes on to say emails on county accounts and text messages on county phones “may be deleted at any time” if they’re considered transitory.

In addition to the immediate deletion provisions, the policy also creates a new requirement that all county emails must be destroyed after two years. The current policy allows emails to be deleted after two years, but does not require it.

County Counsel Leon Page, whose office developed the policy, described it as a modernization of county record-keeping policies.

“This is an update to the county’s policy to reflect, I think, the modern way in which communications are conducted,” Page told county supervisors.

But open government advocates raised concerns it will lead to the destruction of official communications that should be disclosed under the California Public Records Act.

“I think the county’s inviting broad destruction of records that really should be preserved, and producible under the California Public Records Act, by creating this new class of records that…I don’t think has a sound justification in California law,” said David Snyder, an attorney and executive director of the First Amendment Coalition.

The “transitory records” definition “is too vague,” he added. “Even if a lawyer is reviewing every single [message], it leaves too much discretion to destroy records that shouldn’t be destroyed,” and would likely include records that are public and should be preserved.

State law requires county records be kept for at least two years, according to public records expert Terry Francke. He said there are no state laws or court decisions allowing quicker destruction of records deemed “transitory.”

At Tuesday’s supervisors’ meeting, Supervisor Andrew Do asked Page if there have been any court cases that define what a “transitory” record is. Page replied that he’s “not aware of” any.

Rather, Page said the basis for allowing the deletion of certain emails and texts is based on an interpretation of a state Attorney General opinion from 36 years ago.

That 1981 opinion defines the types of records that must be maintained by local governments, which it calls “official records,” according to Page.

Page said the county doesn’t have to keep any records that don’t fall under the “official records” definition in the 1981 opinion.

“For records that are not ‘official records,’ we’re under no obligation to retain them,” Page said, adding other public agencies in California also use the term “transitory records.”

The new policy applies to the county supervisors who approved it, as well as county employees.

All five supervisors – Andrew Do, Michelle Steel, Todd Spitzer, Shawn Nelson, and Lisa Bartlett – voted for the new policy. None expressed any concerns about it.

County officials say it will be up to each employee to decide whether to delete text messages they consider “transitory.”

As for emails, they insist all emails will be kept for two years, regardless of whether they are transitory or not.

“All emails, both transitory and official, will be retained for two years. There is no discretion here,” said Annie Loo, a deputy county counsel who helped write the policy, in an emailed response to questions.

Email deletions can only be performed by county departments, she added, because emails remain on county servers even after individual employees delete them.

However, the policy itself explicitly says the county can delete “transitory” emails immediately.

“If the email is considered a transitory record, it may be deleted at any time unless it is subject to a [Public Records Act] request or legal hold prior to deletion,” the policy states.

Asked about this, Loo reiterated the county would not be deleting any emails before two years.

As for why the county would include language allowing immediate deletion, she said it informs officials that state law allows deletion. But, she emphasized, the county won’t actually delete any emails before the two-year mark.

That guarantee, however, isn’t included in the policy itself.

The policy officially takes effect in December, but Page said he considers it legal to delete “transitory” records.

“For transitory records, we’re under no legal obligation to [retain] them,” he told supervisors.

The new policy comes after the California Supreme Court ruled in May officials could no longer shield their communications about public business by using personal phones and email accounts. While the high court said the communications fall under the Public Records Act, it did not say how long the records must be maintained.

Other agencies in Southern California have considered it fair game to immediately destroy communications about official business.

In 2009, Long Beach residents discovered that the city let council members and city employees decide whether to delete their emails about city business.

“It’s their discretion as to whether they’re going to delete it or keep it or save it,” said Heather Mahood, the city’s chief assistant city attorney at the time.

And last year, it was revealed that City Council members in the Los Angeles County city of Azusa were routinely deleting emails on their city accounts, including conversations about pending city projects.

The 1968 California Public Records Act “finds and declares that access to information concerning the conduct of the people’s business is a fundamental and necessary right of every person in this state.”

It defines “public records” as “any writing containing information relating to the conduct of the public’s business prepared, owned, used, or retained by any state or local agency regardless of physical form or characteristics…”

Before the supervisors adopted the new policy, three members of the public spoke about it, all urging supervisors not to approve the deletion provisions.

Sarah Gregory, an attorney with the Legal Aid Society of Orange County, said the proposal is “contrary to the California Public Records Act and the spirit of open government.”

“It makes it too easy for protected public records to be deleted,” she added. If a county official makes the wrong decision to delete a record, she added, “there would be no way to get that email or text back into the record for the public benefit.”