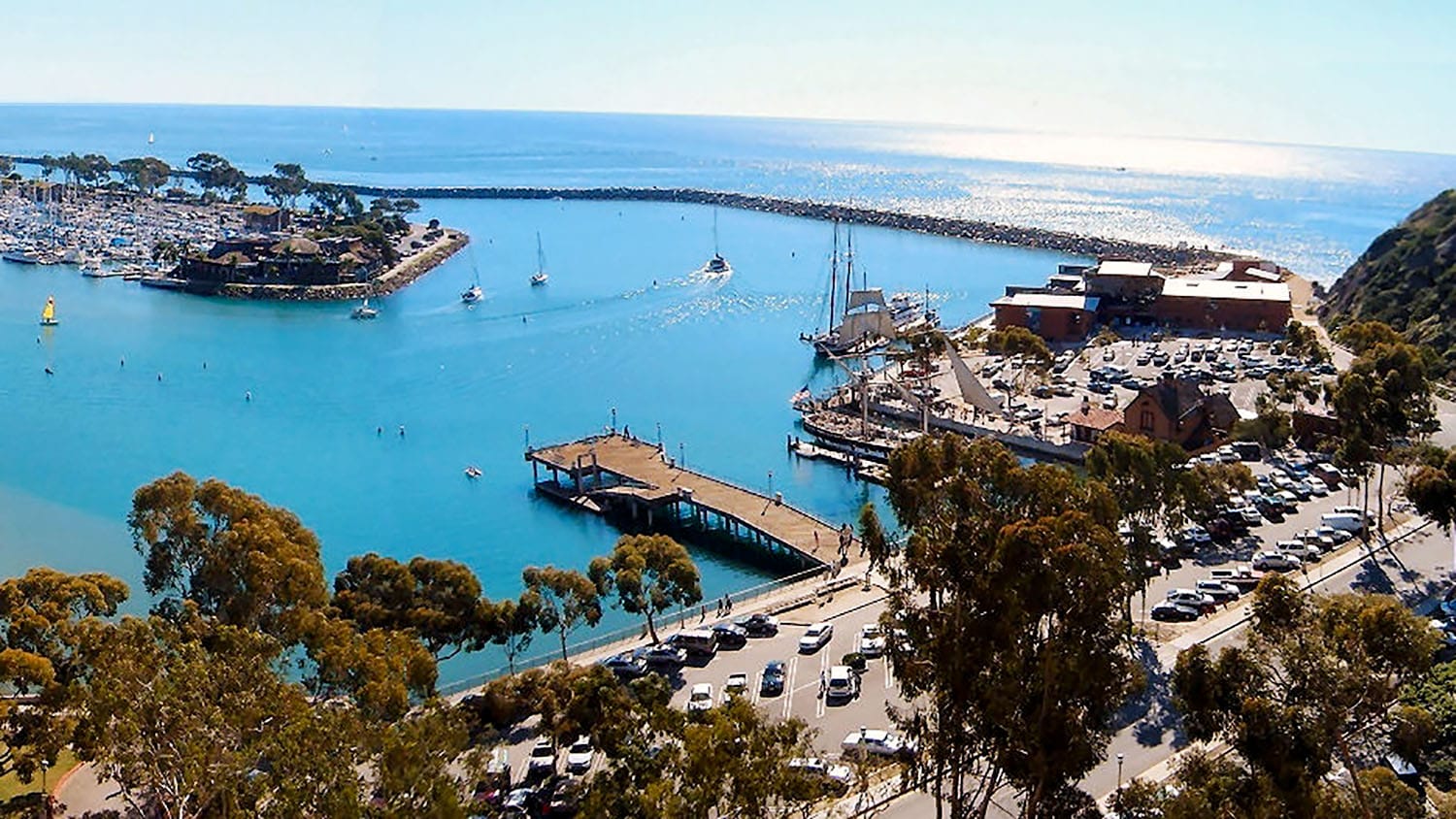 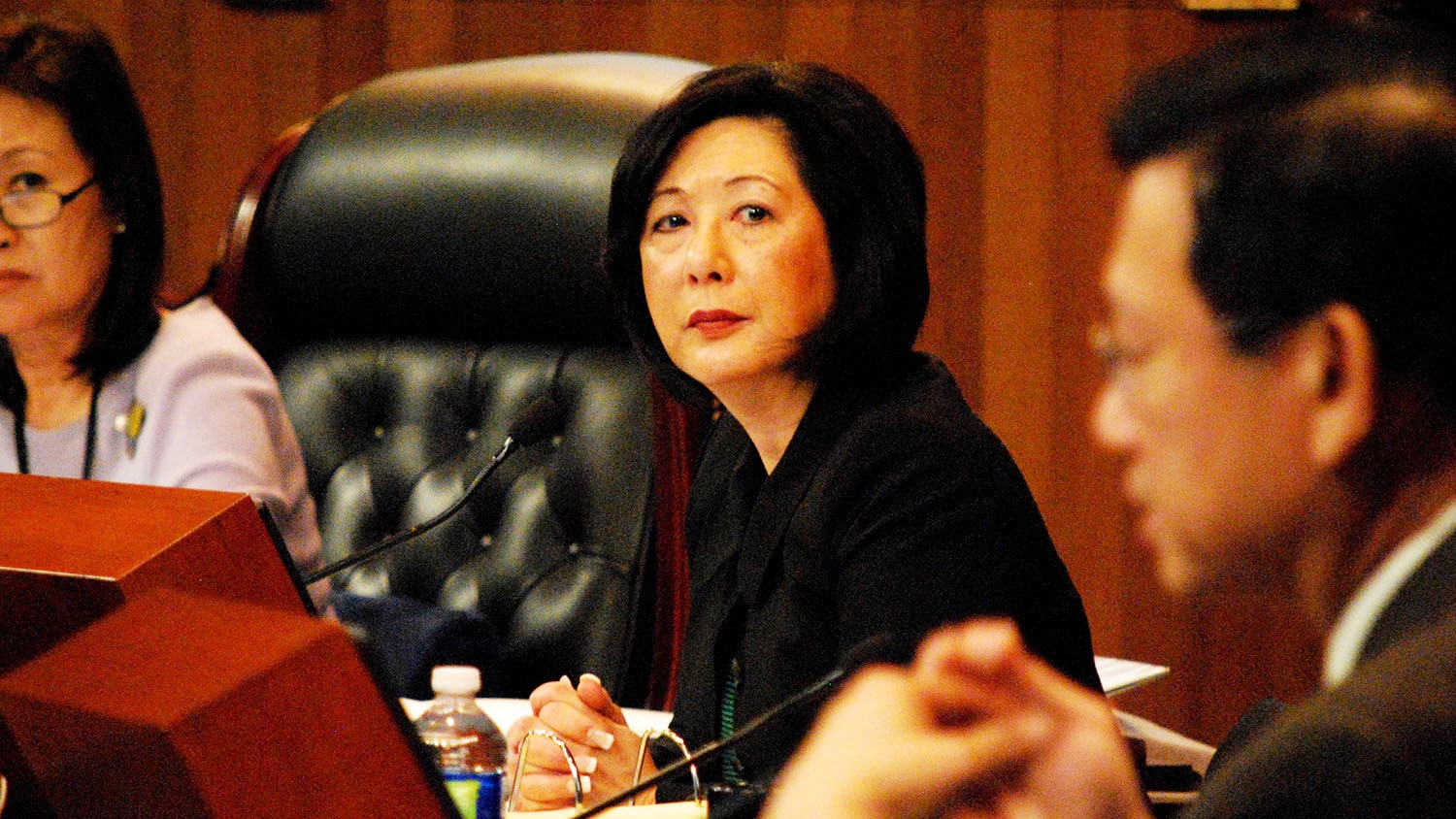 Orange County supervisors Tuesday unanimously picked a team of developers to manage a long-awaited overhaul of Dana Point Harbor with new space for shops, restaurants, boat slips, and hotels – as one supervisor raised heated questions about how the winning team came to be chosen.

At their regular meeting, the supervisors chose a team of three companies, operating under the name Dana Point Harbor Partners, LLC, that is seeking a $20 million public subsidy from the county for the project.

County staff now will negotiate with the winning team for a lease agreement that could last as long as 66 years. Staff estimated the winning team’s proposal would bring $1.2 billion in revenue to the county’s harbor fund over a half-century.

The other bidder was a three-company team, operating under the name Dana Point Partners, LLC, which sought a $45 million public subsidy from the county.

“The revitalization of Dana Point Harbor has been one of my highest priorities for many years, and I’m pleased that after nearly two decades, today’s decision allows this private-public partnership (P3) to begin to create the County’s newest crown jewel,” said Supervisor Lisa Bartlett, who represents the harbor and surrounding areas, in a statement after supervisors selected the winning bidder.

However, Supervisor Andrew Do took issue with the process for choosing the winner.

He said key information was missing from the agenda documents, including the scores each person who evaluated the bids assigned to the proposals, which would allow supervisors to see how the final scores were generated.

The county’s contract policies require the score sheets to be included in the public agenda packet, Do said. Such sheets are often attached to the agenda for large county contracts that were competitively bid.

In response, county CEO Frank Kim said county leases, like the harbor project, fall outside the county’s main contract manual that requires such information be attached to the agenda, but that staff will include that information for all future contracts in which bids are scored.

Additionally, Do was upset that the losing bidder was ranked lower for its financial offer despite the offer generating an estimated $200 million more to the county than the winning bidder.

With the information he’s been given, Do said, “I don’t have enough evidence” to try to “go the other way, to try to reverse” the recommendation for the winning bidder. He also took issue with a lack of information from staff about how many boat slips the bidders have experience managing.

“To me, when you’re talking about a project this big, that’s the kind of foundational stuff I would need to go forward,” Do said.

Despite those concerns, he voted with the rest of the supervisors to select the staff-recommended bidder.

The winner hired a pair of well-known lobbyists – Roger Faubel and David Ellis – who have raised thousands of dollars for local elected officials.

The bidder who ended up losing hired as its lobbyists Ruby Wood and former county Supervisor William Steiner, who last served on the Board of Supervisors in 1999. Wood’s daughter, Sara May, works as a policy aide to Bartlett in her county office.

In an interview, Bartlett said May “never works in any of the policy areas” her mother consults in, including the Dana Point Harbor project.

“I looked at the project on its merits with regard to the design and implementation plan for both teams, and I put forward the team that I thought had the best team” for the harbor, Bartlett said.

“This has been a real labor of love for me. The project has been in the works for over 20 years, and I’m just so excited to be able to move this project forward.”

As for why the recommended team received a higher financial ranking despite $200 million less in estimated revenue to the county, county staff said that was largely because the lower-ranked bidder made unrealistic assumptions in their analysis.

That included being able to charge $300 per night for all hotel rooms, despite California Coastal Commission requirements that a certain number of rooms be affordable, county staff said. And the losing bidder incorrectly showed revenue coming to the county for a four-year period where that would not actually be happening, according to county staff.

Additionally, the losing team wanted a rent structure in which they would not pay rent to the county if the developers weren’t making a return of at least 8 percent per year from their investment

The revitalization effort at the harbor, which is owned by the county, has been underway for over 20 years, with various groups of harbor users holding different visions and a county contractor failing to meet deadlines for getting the project off the ground.

Last year, Bartlett shifted the project to a public-private partnership, in which the county would lease much of the harbor to a team of private developers.

The private team would then build the buildings and manage the property – including collecting rent from tenants like shops and restaurants. The county would then receive rent from the private team based on a minimum dollar amount per year or a percentage of the developer’s revenues.

While the structures would be on public land owned by the county, the buildings themselves would be owned by the private developers during the lease term, which is expected to run at least 50 years. The county would then own what remains at the end of the lease, in the year 2068 or later.

Bartlett has emphasized that with this public-private approach, the developer assumes the financial risk while the county makes millions.

“The [private] partner takes on the financial risk” and generates a revenue stream to the county through the harbor tidelands trust fund, Bartlett said Tuesday.

The county would be paying a $20 million public subsidy for the project, under the winning team’s proposal. The subsidy would be used to build two parking structures, one for the commercial core and another for a hotel.

None of the five supervisors raised questions about the subsidy, nor did they indicate if they would support it.

Bartlett, in the interview Tuesday evening, said the subsidy payment is part of the county’s partnership with private companies for the project.

“That’s why they call it a public-private partnership,” she said.

The private partner would like to use “part of the [county’s] tidelands trust [fund] in order to subsidize part of the improvements in the commercial core,” Bartlett said. Boaters and merchants have been building up the harbor funds – known as the Dana Point Tidelands Fund – for decades to prepare for improvements to the infrastructure, she said.

County spokeswoman Carrie Braun said the county will be referring to the subsidy as the “County’s participation,” because it could be in the form of construction or funding. The exact amount and terms are subject to negotiation before any final lease proposal is brought to the supervisors for approval.

All of the county revenues from the project – totaling an estimated $1.2 billion during a half-century – would be restricted to being spent on the harbor itself, such as other infrastructure and building improvements.

Supervisor Shawn Nelson, in support of the winning team, took issue with the losing bidder’s desire to have up to four years to be able to legally back out of the project, known as the “option term.”

One group said they would let the county know in 90 days, and the other group wants “four years to decide, one way or the other” if they’re going to do the project, Nelson said.

The winning team had followed the county’s suggested option term of 90 days with an optional 30-day extension, according to the county’s chief real estate officer, Scott Mayer.

But Supervisor Todd Spitzer said the county didn’t require the shorter option term in its request for proposals, and that it would be “grossly unfair” to suggest the losing team didn’t follow the directions.

“I’m worried that if we don’t do a better job [of defining what we want] in the future,” the county will “narrow the field of individuals [who] want to bid” on large county contracts, Spitzer said.

After negotiating terms with the winning team, county staff are expected to bring back a final contract for approval by supervisors at some point in the future.

If those talks break down, staff are authorized to negotiate with the losing team, which consists of DJM Capital Partners for the commercial core, Pacific Marina Development for the marina, and Pacifica Hotels for a new hotel.