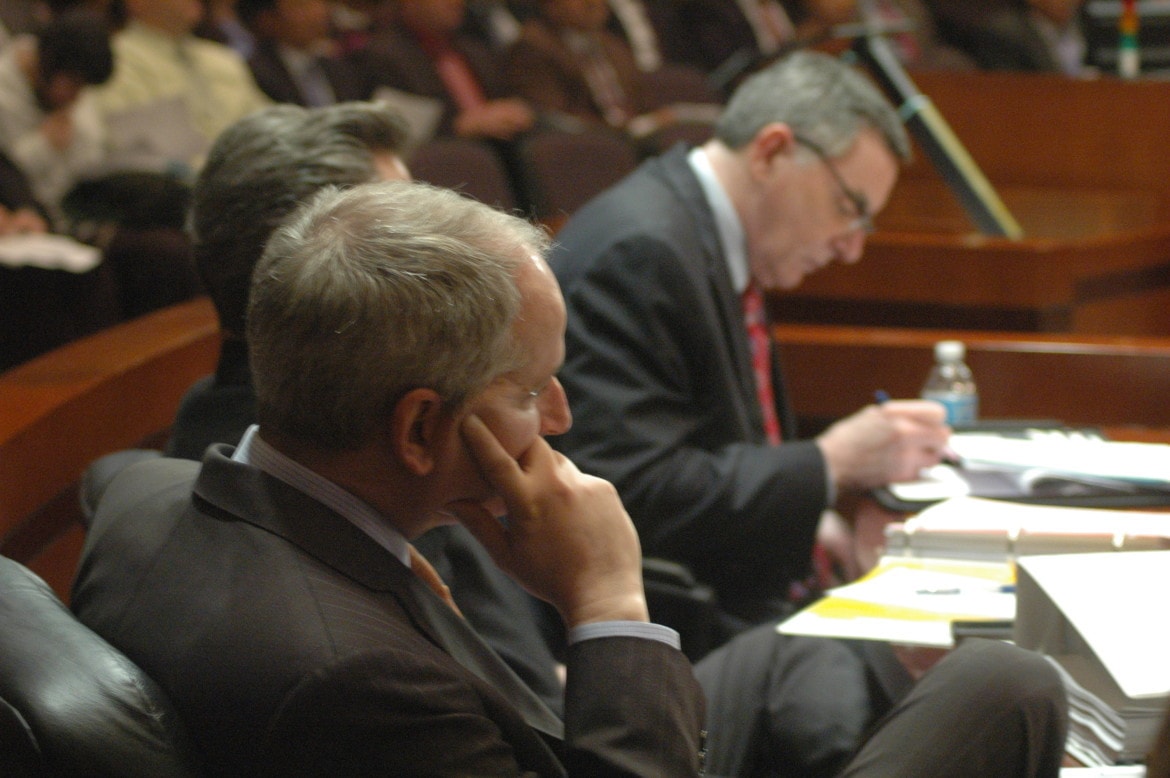 Denis Bilodeau (front) and Paul Walters, political aides to supervisors Shawn Nelson and Lisa Bartlett, respectively during a 2015 Board of Supervisors meeting.

Former Santa Ana Police Chief and City Manager Paul M. Walters is the new chief of the Investigations Bureau for the Orange County District Attorney, six months after his predecessor departed with claims he was fired for whistle-blowing.

Ron Seman, who led the Investigations Bureau after the departure of chief Craig Hunter in April, will be assistant chief of the unit. The DA’s office announced Walters’ appointment, the result of a nationwide search, in a press statement Friday.

Walters, 72, currently is Chief of Staff to Fifth District county Supervisor Lisa Bartlett, and will begin serving as chief investigator on Nov. 6. Victor Cao will be Bartlett’s new chief of staff in the district that includes most of south Orange County.

Before he came to county government, Walters was Santa Ana’s chief of police from 1988 to 2012. He was Santa Ana’s City Manager from June 2012 until he was fired by the City Council in January 2013 in a political struggle between Mayor Miguel Pulido and other council members, who believed Walters was too close to Pulido.

Walters was rumored to be considering a bid for Sheriff after Sheriff Sandra Hutchens announced she would not seek re-election next year. In a text message Sunday, Walters said he would “definitely not” run for Sheriff.

He said in a telephone interview Sunday he has “no plans” to run for DA if Tony Rackauckas decides not to seek re-election.

Walters also is a U.S. Air Force veteran and currently is an executive fellow with the Police Foundation in Washington D.C., according to the DA press release.

Walters earned a Master of Public Administration degree from the University of Southern California and Bachelor of Science and Juris Doctor degrees from American College of Law, according to the DA press release. He also received a Bachelor of Arts degree in criminal justice from California State University Fullerton.

His appointment comes six months after the departure of Hunter, who went on leave in April and filed a claim the next month alleging that he was fired for whistleblowing.

Hunter alleged in his claim, an administrative precursor to a lawsuit, that Rackauckas interfered with corruption investigations into political allies. He also claimed he was given the option of resigning or being fired after Rackauckas learned Hunter had given testimony to the county’s grand jury that “could be highly embarrassing” to Rackauckas.

The DA’s office at the time said Hunter’s claim was full of false allegations but that it is “handcuffed” from commenting on the nature of his departure, because of laws governing personnel issues.

Gage said Sunday Hunter still “may or may not” pursue a lawsuit based on his claim.