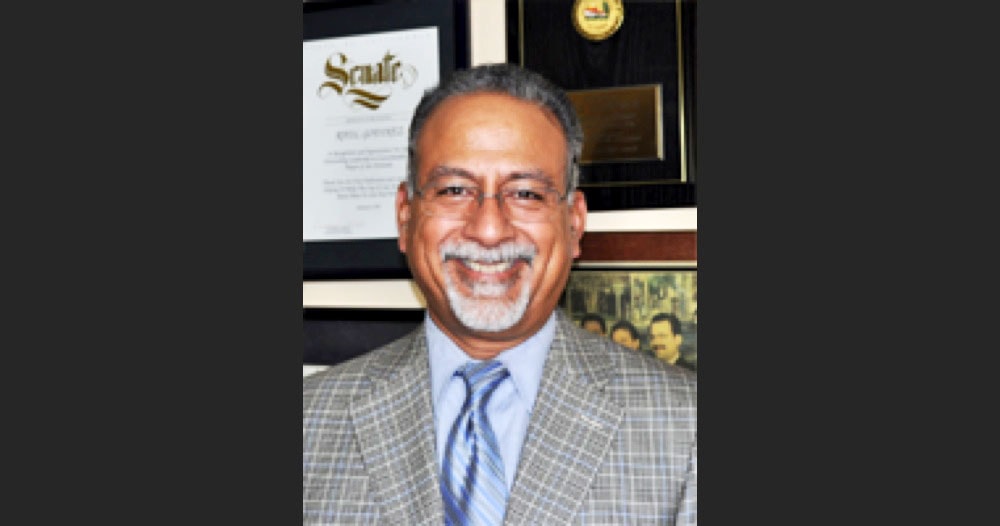 Raul Godinez was chosen as the next city manager of Santa Ana.

Santa Ana has offered the job of permanent city manager to Raul Godinez, a former Santa Ana public works director who now manages public works for the much smaller city of Lynwood, according to people close to City Hall.

Five of Santa Ana’s seven City Council members met in closed session Monday to discuss the city manager selection, according to city staff. The outcome was an offer to Godinez to become city manager with a proposed compensation package, according to sources close to the city.

A public City Council vote to appoint him may take place as soon as next Tuesday.

If his current support holds and he is appointed, Godinez will go from leading a relatively small public works department – which had roughly 60 employees in the latest available budget – to managing a city with more than 1,400 employees.

Lynwood has about 72,000 residents, a population about five times smaller than Santa Ana, which is home to about 341,000 people.

He was reportedly considered for Santa Ana’s city manager in spring 2013, but wasn’t chosen and left that summer to become city manager of El Monte in Los Angeles County.

Godinez then ran into controversy in El Monte in 2015, when residents in the largely-immigrant city learned that the incoming police chief Godinez chose had, in his position as a Hemet City Council member, publicly advocated having California pass a similar law to Arizona’s SB 1070, which required local police to check the immigration status of everyone they stop who they suspected of being in the country illegally.

The police chief candidate Godinez chose had also proposed requiring day laborers to have business licenses, to make it easier to find and deport undocumented immigrants, according to the San Gabriel Valley Tribune.

Godinez said at the time that political views are not usually part of the vetting process for hiring police chiefs. The following month, he resigned as city manager, and was hired later that year to his current job as Lynwood’s public works director.

The next Santa Ana city manager will walk into a bitterly divided City Council at a crossroads over spending and major issues like police compensation, skyrocketing retirement costs, a severe shortage of open space for young people, an affordable housing crisis, homelessness, and a debate over how to how police officers accountable.

The last permanent city manager, David Cavazos, was ousted late last year on a divided vote by a margin of one City Council member. As part of his ouster, the council approved a severance deal of more than $343,000 in taxpayer money to Cavazos.

While Cavazos’ ouster was largely led by Mayor Miguel Pulido, Godinez is drawing most of his support from the other faction on the council, which is often at odds with Pulido and has publicly clashed with the president of the Santa Ana police officers’ union.

Ridge is the No. 2 official in Anaheim, which has a slightly larger population than Santa Ana and was recently assigned as the city’s point person on addressing homelessness, an issue Santa Ana struggles with as well.

Pulido and Villegas did not attend Monday’s closed session meeting where the offer to Godinez was extended. Solorio did attend, and supported Godinez despite his not being Solorio’s top choice, sources say.

The city manager selection has implications for another key position at the city: the next police chief, who is chosen by the city manager.

The most recent chief, Carlos Rojas, resigned in April and later claimed in a lawsuit he was forced to resign after whistleblowing and as part of a concerted effort by the mayor and police union president to push him out.

Rojas alleges to have “engendered the wrath” of the city’s police union, specifically union president Gerry Serrano, for cracking down on officer misbehavior and disciplining police officers who violated the law while at work.

Pulido and Serrano have denied the allegations.

The police union leadership and several council members have been supportive of David Valentin, the deputy chief in charge of field operations who has been serving as acting police chief since June. Valentin grew up in Santa Ana, and served as chief of the Santa Ana Unified School District’s police department from 2009 until 2013.

After interviewing finalists last Monday, no candidate had support from enough council members to be chosen as city manager, according to sources. But Godinez ultimately received majority support to be selected, they said.

The council has been facing a deadline. Santa Ana’s interim city manager, retired Pasadena City Manager Cynthia Kurtz, has to leave by the middle of next month due to state limits on the number of hours retired officials can work for public agencies, according to city spokeswoman Alma Flores.