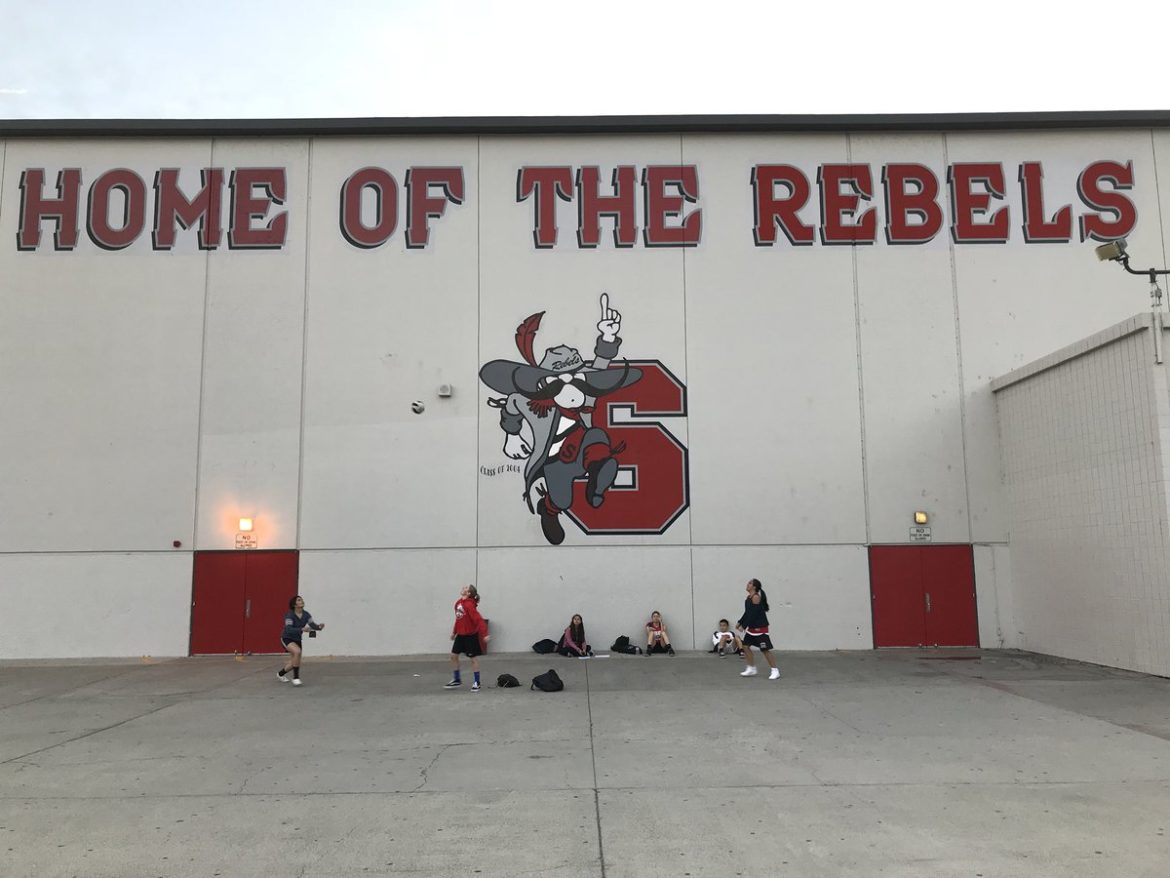 A mural of Johnny Rebel on the Savanna High School gymnasium.

Savanna High School’s “Johnny Rebel” mascot will change after the Anaheim Union High School District Board of Trustees voted Monday night to come up with a new image and remove references to the Confederacy from school symbols.

Students still will call themselves the rebels but the district will replace the mascot, which currently is a Confederate soldier.

The change will cost the district an estimated $51,000, largely to repaint the school gym and another mural which includes a small Confederate flag, according to Superintendent Michael Matsuda.

The board’s vote comes amid a national debate over whether public symbols and statues honoring icons of the former Confederacy should be removed.

The Savanna debate was sparked by several students who approached the Board of Trustees in October calling for the removal of the mascot.

At a special board meeting Monday night, more than two dozen people spoke to the board, including students, parents and alumni.

Matthew Thomas, an African American student and senior at Savanna, said the mascot is disrespectful to him and other people of color.

“After learning who Savanna’s mascot is, it made me want to change schools,” Thomas said. “I do not want to cheer or represent a mascot with that kind of meaning.”

Glenda Flora, a graduate of the class of 1963 that voted for the original mascot, said students in her class never saw Johnny Rebel as a racist symbol.

“I’m really disappointed because everything has gotten so blown out of proportion,” Flora said. “We never thought of it as being racist or involving the Confederacy…we were thinking, it was the rebels, it was the 60s, it fit in with us.”

Cynthia Do, a student at Savanna, was among those who supported the “rebranding.”

“The mascot only has a meaning if we give it a meaning,” Do said.

The board’s 4-1 vote – Trustee Katherine Smith abstained citing concerns about costs – follows a school-wide vote in which 56 percent of Savanna students voted to “rebrand” the mascot, 26 percent voted to keep it as-is, and 18 percent voted to remove the mascot entirely.

The vote followed a week-long discussion in the school’s social studies classes about the mascot, as part of a civic learning initiative called California Democracy School project.

Over the course of a week, students conducted academic research on Confederate monuments and participated in discussions before eventually voting.

Savannah Rangel, a senior at Savanna High, was among the students who originally called on the board to change the mascot.

“I think it’s a good compromise. It’s not what I wanted but for the people who wanted to keep it [the term Rebel] I understand where they’re coming from,” Rangel said.

Matsuda said the school’s students demonstrated how democracy should work.

“I think the take away is that public schools can have relevant discussions about controversial issues,” Matsuda said.