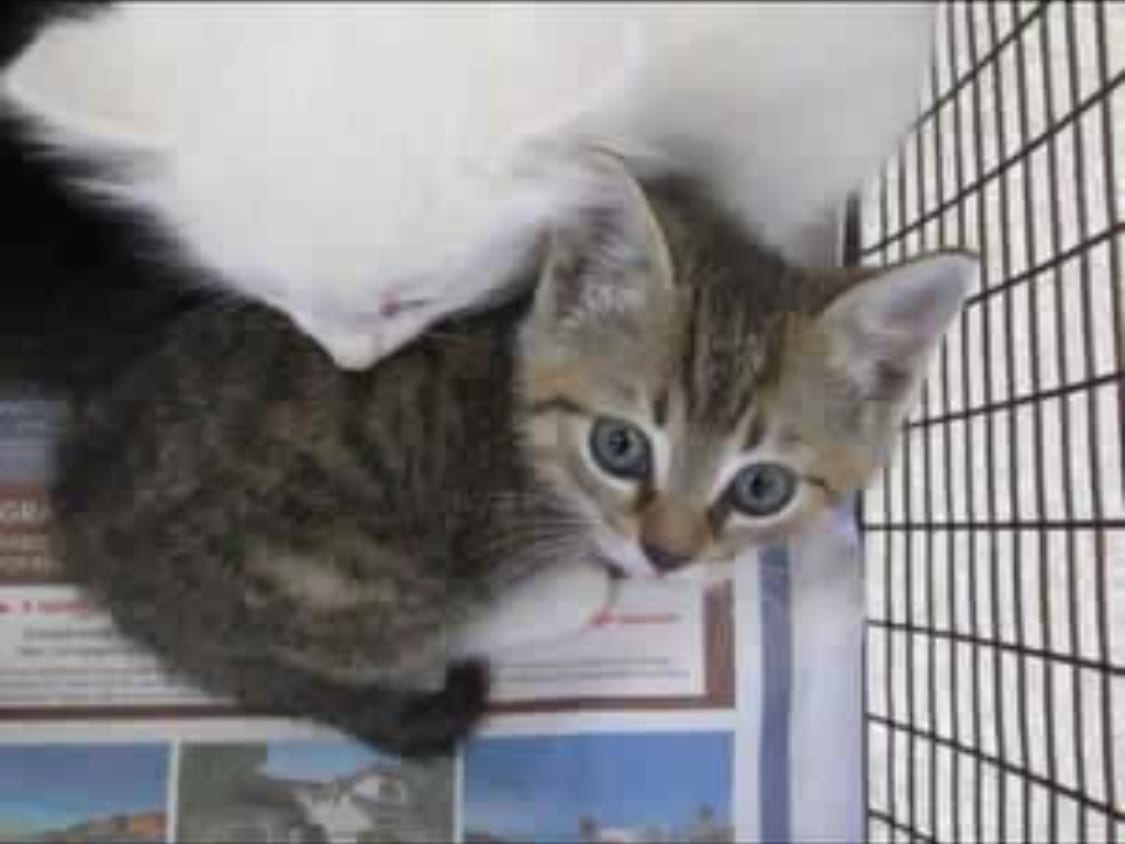 Nameless kitten was found with feral mother and killed prior to the Logan lawsuit.

Throughout the course of the two year monitoring time-frame, the consultant statistician periodically subjected the data to rigorous analysis, teasing out any notable trends for which animals were most likely to be killed and how quickly. One of the key findings Dr. LaMere’s analysis revealed was that 63% of dogs killed in the “owner requested euthanasia” category were killed within an hour of the dog’s intake, and that the median time to death for dogs in this particular category is 45 minutes (Dr. LaMere’s data analysis for dogs and cats killed at OCAC from October 2015 to September 2017). This effectively means that half of dogs brought in by their owners to OCAC to be killed are killed in less than 45 minutes, which obviously raises the question as to how this could possibly provide sufficient time to adequately check the appropriate documentation in cases of purported aggression, let alone yield any type of medical assessment.

Additionally, Dr. LaMere’s analysis concluded that 94% of all cats killed by OCAC were stray cats, with 70% of cats who were killed being killed within a day of intake. In addition to the aforementioned exclusions to Hayden’s Law of animals who are irremediably suffering or so aggressive that they would constitute a public safety hazard, and might therefore be subject to immediate killing, one other category of animals brought into the shelter currently also fulfill criteria for exclusion under Hayden’s Law, and are therefore not protected by the law – that of unweaned kittens and puppies under the age of 8 weeks. Unfortunately, many Southern California animal shelters kill entire litters of unweaned kittens and puppies within hours of arrival at the shelter, and as is borne out by the statistical analysis, OCAC falls into this category, with at least 64% of stray cats who were killed being killed for the stated reason that they were “too young”, and undoubtedly well in excess of this percentage, as the number of kittens per litter was often not provided in the data set. As previously alluded to, prior to the Logan lawsuit, OCAC was counting an entire litter as a single animal in its data analysis, a fact that bears repeating, given the egregiousness of its nature.

Although Sharon Logan’s original lawsuit addressed a myriad of mishandlings perpetrated by OCAC towards its resident animals, because animals in the category of so-called “owner requested euthanasias” (ORE’s) in particular related to violations of Hayden’s Law, and would therefore be more amenable to legal scrutiny, the team specifically focused their attention on this subset. For some yet to be uncovered reason very few cats are surrendered to the shelter by their owners for euthanasia, a byproduct of which meant that most of the cases meeting criteria for review happened to be dogs. Concurrently, approximately 250 files from animals killed in the ORE category were obtained over from OCAC via the Public Records Act. In examining all these records, it quickly became apparent that OCAC was continuing to rely solely on the owner’s word, whether it be in the case of irremediable suffering or purported aggression, with many records in the latter category being comprised almost solely of a scribbled statement by the owner as a “sworn declaration” of said behavior. As illustrated in two such examples, the cases of Eevee and Lobo, numerous discrepancies in owners’ statements became glaringly apparent. In the case of Eevee, the 3 year old beagle/cairn terrier mix (Record for Eevee), according to the owner’s own statement, her roommate had seemingly only sustained a minor bruise when the dog snapped at her, which in the absence of any skin break, according to policy and procedure 400.13, fails to satisfy criteria for bite severity. Similarly, in the case of poor Lobo, the 5 year old chihuahua brought in by his owner to be killed proffering aggression as the reason, the statement provided by the owner herself claimed that Lobo had “tried to bite” the neighbor, while her daughter’s accompanying statement alleged that Lobo did in fact bite the neighbor. It is also noteworthy that 10 days elapsed between the sentinel “bite” event and the time of Lobo’s surrender to OCAC, which begs the question as to how the owner would have wanted to continue living for an additional 10 days under the same roof as a dog so vicious that killing him was the only viable solution (Record for Lobo).

By the end of the 2 year monitoring period in October 2017, the legal team had poured over all the reports and compiled a list of 90 animals whose unredacted files were to be requested through legal channels. Of the 90 files received and evaluated, the legal team felt that 69 demonstrably violated Hayden’s Law, and as such a notice of noncompliance was issued to OCAC (Motion to enforce). In response to this notice, OCAC’s legal team requested that Sharon Logan’s lawyers “more fully identify what you consider to be the lack of compliance…’ with respect to 28 of the 69 animals Logan’s legal team deemed to have breached Hayden’s law, tacitly recognizing that 41 animals may in fact have been killed in violation of the settlement agreement itself (OCAC response to notice of non-compliance).

The next step in this drawn out legal battle is the “Meet and Confer” process with both parties, which is scheduled to take place on February 1, 2018 at the office of Carolyn Khouzam, Deputy County Counsel representing OCAC, along with shelter director, Jennifer Hawkins, DVM. The purpose of this conference is to allow both parties to discuss the continuing failure of OCAC to abide by the Hayden Law, as well as OCAC’s own revised Policies & Procedures. The hope is that, in the face of the outlined issues openly confronting OCAC, and with the good faith intent of trying to solve these problems, moving forward the numerous animals placed in their care will be treated appropriately and humanely, generally speaking, and according to legal provisos, and given a fair chance at finding their forever homes. Should this not be the case, it will be up to the court at the hearing to enforce the settlement agreement, scheduled for February 23rd 2018, to determine what actions are necessary under the law to assure OCAC’s compliance with the law. This case has been a long time in the making, with countless man work hours spent on it, but if it results in even an incremental increase in animal life-saving, and perhaps moving towards more progressive animal sheltering standards, both at OCAC and more generally through legal precedent, the journey will have been worth it.

Kitten picture: A1312899 Nameless kitten of unknown sex, with no age given, found with feral mother.  Killed 04/15/2014, prior to the Logan lawsuit.  Based on euthanasia data provided in accordance with the terms of the Logan lawsuit settlement agreement, Orange County Animal Care continues to kill at least 64% of kittens, and in 2016  alone they killed 3,563 kittens.

Saskia Boisot, MD is a physician who practices human pathology in Orange County.  Because of her profound love of animals, she founded the group No Kill Shelter Alliance and also co-founded its sister group Save More Kill Less, with a view to reforming Southern California’s high kill animal shelters, starting with Orange County Animal Care, because it exemplified everything that is wrong with the system.  Through her advocacy, she has forged alliances with some of the leading organizations in this space, and most notably has spent time at both Austin Animal Care and Austin Pets Alive, widely recognized as the gold standard in the field of animal sheltering.