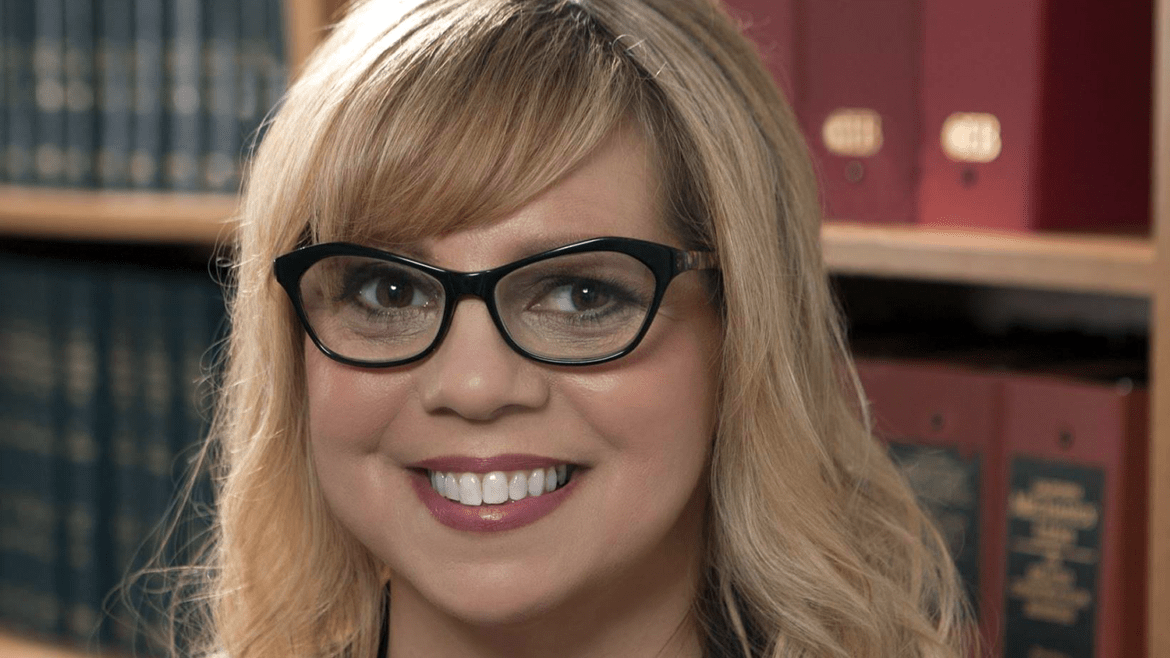 A Democratic candidate for Orange County District Attorney, Lenore Albert-Sheridan, has been suspended by the California State Bar since February, raising questions and a court challenge about whether she can appear on the June 5 primary election ballot.

Attorney Greg Diamond, on behalf of Anaheim resident Mark Daniels, filed a petition in Superior Court March 19 calling for Albert-Sheridan to be removed from the ballot, because when she finalized paperwork to run for office she already had been suspended. Diamond also is backing Brett Murdock, the other Democrat running for DA in the June primary election.

Candidates for District Attorney must be “eligible to practice in the Supreme Court of the State,” according to the website of the county Registrar of Voters. By completing paperwork to appear on the ballot and finalizing it March 9, Albert-Sheridan claimed under penalty of perjury that she is qualified.

The suspension, which began Feb. 14 and was to last a minimum of 30 days, was still in effect as of Monday, according to the State Bar web site. The suspension is based on a disciplinary action filed against Albert-Sheridan in December 2015. She must pay sanctions of at least $5,738, plus interest, and pass a professional ethics exam before she is reinstated, according to the state Supreme Court website.

Albert-Sheridan said in a phone call March 20 she was not aware she had been suspended until a local blog, Orange Juice Blog, wrote about it on March 16. She claimed the State Bar did not properly notify her of the suspension with a letter explaining when her suspension would begin and end.

“Even if you were in a DUI case, the judge would tell you when, specifically, your license would be suspended,” Albert-Sheridan said.

She also claimed that, because she filed for bankruptcy on February 20 the sanctions that she must pay the State Bar are discharged and they cannot suspend her license based on nonpayment.

“It’s only a 30-day suspension…so it’s not going to affect the [DA] race,” said Albert-Sheridan.

Since her suspension on February 14, Sheridan has represented at least one client, former county employee Christine Richters, in a defamation case filed March 2 against Supervisor Todd Spitzer, who is also running for District Attorney.

Practicing law without a license, or while one’s license is suspended, is considered unauthorized practice of law and could result in additional discipline, said State Bar spokesman Jonah Lamb.

Although the California State Bar handles most disciplinary functions, including the receipt of complaints, investigations and the filing of disciplinary actions, the final decision to discipline an attorney lies with the State Supreme Court.

When the court makes a decision, a letter to all parties informing them of the decision is mailed the same day, according to State Supreme Court spokesman Cathal Conneely. An email notification also is automatically generated and sent to people subscribed to the case online.

The State Supreme Court first imposed a suspension on Albert-Sheridan in June 2017, although because she requested a review and later a re-hearing, the suspension didn’t go into effect until February, when the court denied her request and issued a notice to Albert-Sheridan of its decision.

Diamond, in his Superior Court challenge to Albert-Sheridan appearing on the June ballot, argued she should have expected the suspension, given she spent more than a year fighting the State Bar.

Diamond added during a phone call March 21 that she should have checked with the State Supreme Court, rather than relying on the State Bar website or waiting for a letter.

Lamb said March 21 the information on the State Bar’s website about Albert-Sheridan is accurate and that she has yet to meet the conditions that would end her suspension.

Albert-Sheridan claims to have been harassed for years by a group of “sovereign citizen extremists,” a term used to describe anti-government activists who believe they don’t have to answer to government authorities, who she said have threatened her with violence or filed numerous complaints in court, with the State Bar, and other government agencies in an effort to destroy her career and cut off sources of income.

She filed a lawsuit last week which accuses several individuals and organizations, including Diamond, the State Bar and Bar employees, of defamation, extortion and racketeering.

Albert-Sheridan has a history of controversial behavior that has drawn the attention of fellow attorneys.

On June 4, 2007, Albert-Sheridan wrote a letter to James Grafton Randall, then an attorney at Farmers Insurance, in which she accused Randall of bad faith conduct and failure to respond to several discovery requests.

At the end of the letter, Albert-Sheridan said if Randall doesn’t respond to the discovery requests, she will request “that the court compel such response with heavy sanctions and have you each decapitated and force your children to take your decapitated head to school as part of show and tell.”

Albert-Sheridan recalled writing the letter but said portions of it were doctored, although she doesn’t recall which parts, as the incident was several years ago. “I’m pretty sure I didn’t write that, because that’s not my style,” she said of the decapitation threat.

Randall, who now is retired, confirmed last week that he did receive such a letter.

Abeles claimed in court that Albert-Sheridan threatened his family after he served her client a notice to pay unpaid fees.

According to copies of an email provided by Abeles, which were also submitted to the court, Albert-Sheridan emailed a private listserv on Dec. 21, 2007 for the Consumer Attorneys Association of Los Angeles, or CAALA, with the subject line “Jerrold Abeles and James Robie.”

Robie, who died in 2011, worked with Abeles as defense attorneys on a case where Albert-Sheridan was representing the plaintiff.

“They know what they are doing…So I want to do something illegal to them back,” Albert-Sheridan wrote. “…actually who knows where Jerrold Abeles’ son attends school? I don’t know Robie’s family situation…please tell me all u know.”

“I would rather bypass the step of following those lil fux for a few days and get to the payback,” Albert-Sheridan wrote.

According to a court transcript, Rico said he was “disturbed” by Albert-Sheridan’s behavior and would report her to the State Bar.

Albert-Sheridan said last week she sent the email as “bait” because she believed an attorney from Abeles’ law firm, Arent Fox LLP, was on the listserv without permission and was leaking sensitive information shared by other attorneys.

She said the only reason the temporary restraining order against her was granted was because Robie helped Rico, the judge, get appointed to the bench.

Meanwhile Spitzer also faces a challenge to his ballot statement.

Former San Juan Capistrano Mayor Collene Campbell has filed a petition challenging Spitzer’s claims that he “has chaired 100 trials with a 100% conviction rate” and that he “co-wrote Marsy’s Law, the constitution’s victims’ protection.”

The petition includes signed declarations by two co-authors of Marsy’s Law who say they never worked with Spitzer in drafting the initiative, which was approved by voters in November 2008.

Spitzer’s campaign adviser, John Thomas, said the Rackauckas campaign is “throwing things against the wall to see what sticks” and the claim that Spitzer has a 100% conviction rate only applies to trials where he was the lead attorney.

Thomas said Spitzer has “plenty of evidence” of his involvement in drafting Marsy’s Law.

The court will need to resolve the claims before April 13, the Registrar of Voters’ deadline before ballot printing begins.