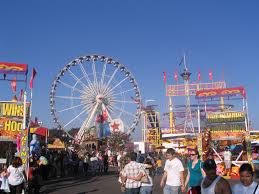 I have been in politics and the Orange County community for many years and have seldom seen the lack of integrity, truth and misleading malicious journalism as I just witnessed In the Article, “Padilla: Scott Baugh Was at Center of Rigged Sweetheart Deal to Sell OC Fairgrounds.”

It is beyond me how this article made it past the editor.   Scott Baugh had nothing to do with the state of California’s and Governor Schwarzenegger’s proposed sale of the Orange County Fair Grounds.  Saying that Scott was involved is ignorant at best.

You are correct on one point in the entire article.   I and Scott will tell you that he had nothing to do with the OCFG sale.  And yes, the District Attorney and the FPPC did both investigate and clear me, Ellis. etal…

Your article is worse than fake news.  It is so steeped in lies that it is laughable.

I suggest that you do some real research, write a correction and send the Orange County voters, Mr Baugh, Mr Ellis and me notes of apology.

I will accept and forgive.