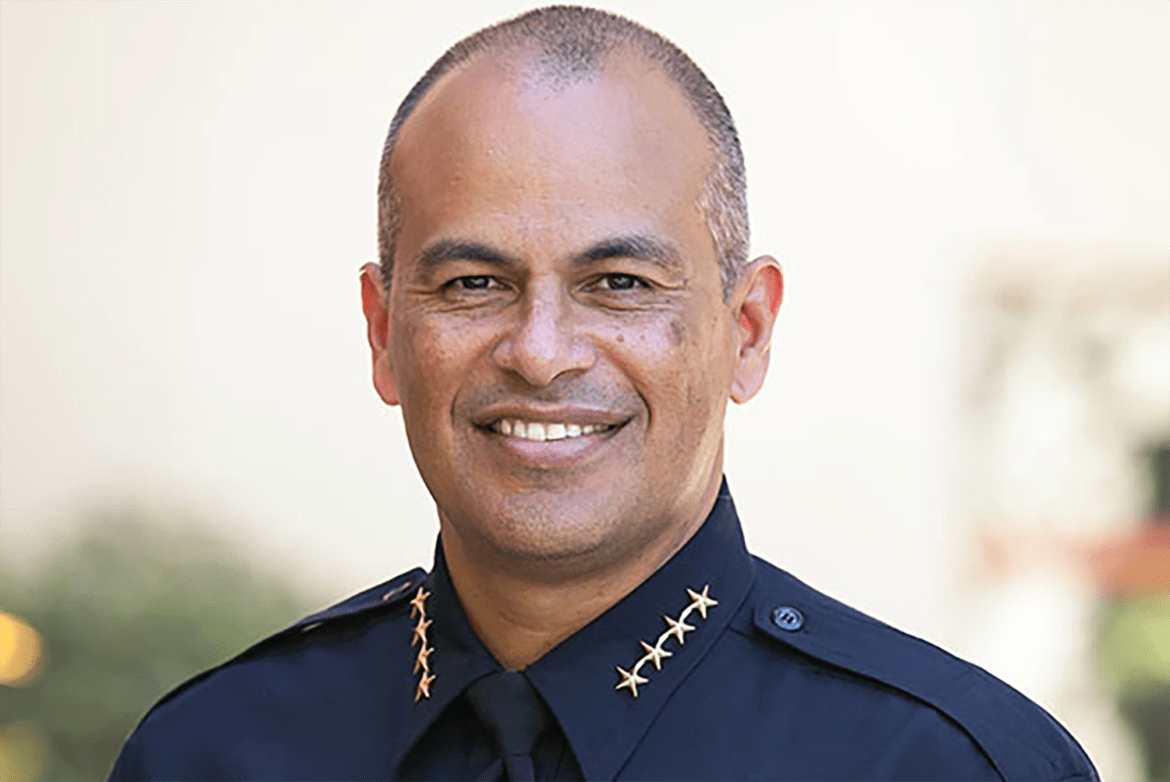 Mayor Tom Tait praised the selection of Cisneros, currently the Chief of Police for the University of California, Irvine, saying “bringing a chief from the outside is often times a chance to set the reset button.”

The council voted 6-1, with councilwoman Kris Murray voting no, citing her desire to wait for a new city manager to be appointed before selecting a new police chief.

“I believe the position you hold is the single most important position any city manager hires,” Murray said to Cisneros. “I did feel the council should have requested a pause be put in place so that person could have some involvement.”

Cisneros will assume the position in mid-July with a $267,000 annual salary.

Deputy Chief Julian Harvey served as Acting Chief in the interim since Quezada left, and was supported by the police union in his application for the permanent position. Harvey was not selected by a panel to advance as one of the three final candidates, who were interviewed by a panel including the city manager.

Councilwoman Lucille Kring agreed with Murray but also said she supported Harvey as the new chief.

“Acting Chief Julian Harvey stepped in at a time when the city was completely in disarray and the department was all over the place,” Kring said. “People were saying, why waste money doing  a search when we have a perfectly capable person here?”

Harvey temporarily took over the department after the retirement of Quezada, who retired with a $750,000 settlement to settle his allegations of a “intolerable” working conditions.  At the same time, he received a vote of no confidence from the rank-and-file police union.

“From all the investigation that I’ve been able to do…I believe this  was fair, the process was professional,” said Faessel. “Ms. City Manager, you handled this from more than an arm’s length in a way that I did not perceive any undue influence from any of us or any agency or organization.”

Cisneros has been the police chief for UCI for three years. Prior to that, he was chief of police for five years in Huntington Park, which has a population of 59,000. Cisneros also served as Acting City Manager for 11 months. Before that, he was with the Long Beach Police Department for nearly 20 years.