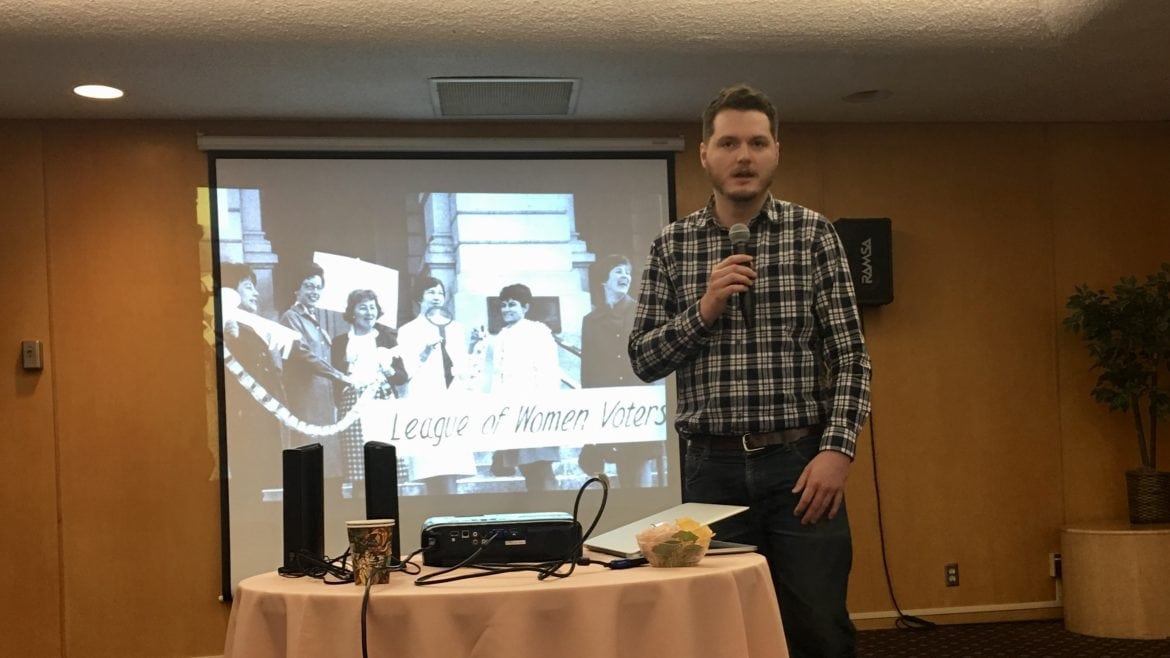 5 Shares
Share5
Tweet
Reddit
Email
Voice of OC Reporter Nick Gerda was the luncheon speaker at the League of Women Voters’ central Orange County area chapter annual meeting on May 19.
Gerda spoke about the recent history of homelessness policy in Orange County, including:
The non-partisan League of Women Voters was founded in 1920 to help women exercise their newly-won right to vote. The League is now one of the largest non-partisan political organizations in the United States, with more than 1,000 chapters. The group focuses on encouraging informed and active participation in government.