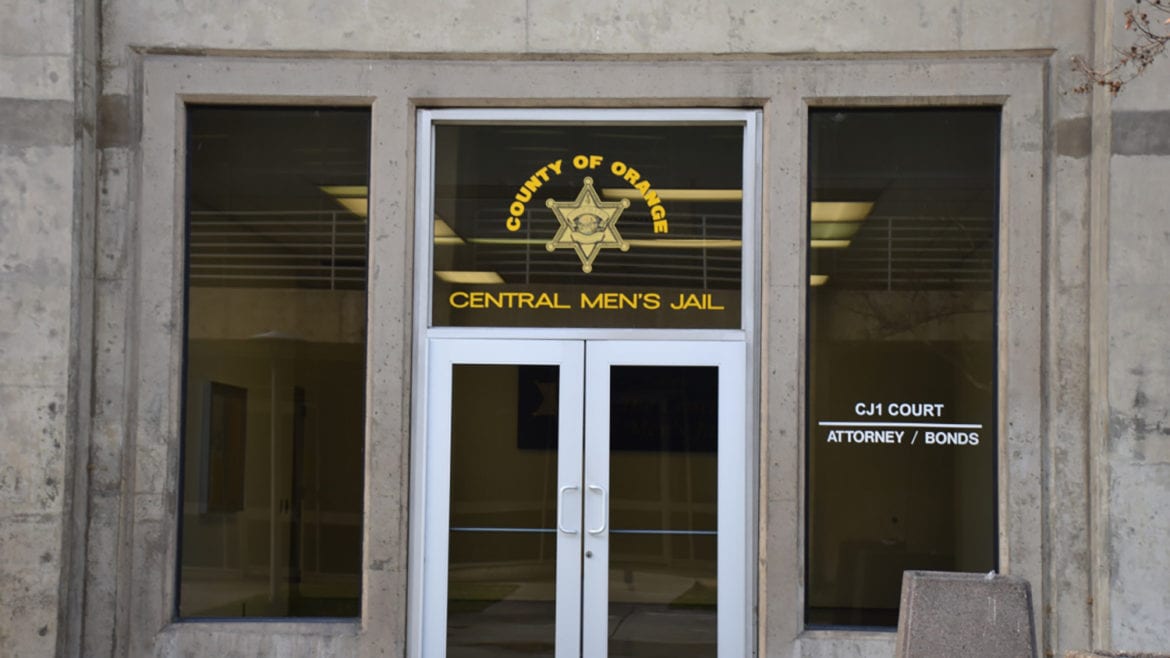 The Orange County jail contractor that recorded more than 1,000 inmate phone calls specifically designated as “do not record,” did the same thing two years ago in Florida’s Pinellas and Charlotte counties, company executives said Thursday.

Executives for the telecommunications company Global Tel Link Corp. blamed “human error” and said they are “in the process” of notifying clients in other jurisdictions the same problem has occurred for the third time.

People charged with crimes have a basic constitutional right to due process, which includes confidential conversations with their attorney. It’s illegal for law enforcement to record or listen to those conversations.

Company executives testified in Orange County Superior Court Thursday that, in addition to the recording of 1,079 inmate phone calls specifically designated as “do not record” in Orange County jails, the company made the same error two years ago at facilities in Pinellas and Charlotte counties.

“Has GTL made efforts to notify other agencies that have had this transition done?” asked Joel Garson, defense attorney for jail inmate Joshua Waring, referring to a software upgrade that caused the issues to occur.

“Where it has occurred, we have worked with those other agencies,” said Darren Wallace, GTL’s vice president of operations.

“Have you notified any of the other ones [counties that received the upgrade], that this is now the third time this has happened?” Garson asked.

“It’s in the process of communication,” Wallace responded.

In late July, the company notified the Orange County Sheriff’s Department of a “human error” that resulted in the recording of 1,079 inmate telephone calls between January 2015 and July 2018, 58 of which have been accessed by jail personnel. In at least one criminal case, the company recorded 34 calls between a defendant and his attorney, which were later accessed by law enforcement, according to Garson.

A spokesman for GTL, James J. Lee, said the problems in Pinellas and Charlotte counties were also caused by “human error,” but he did not have additional information Thursday about the extent of the breaches.

Between July 2014 and February 2015, 246 private calls were recorded and accessed in the Charlotte County Jail, according to the Sarasota Herald Tribune. A prosecutor notified the county sheriff of the issue after receiving a recording of a defendant’s privileged phone call.

Karen Rittenhouse, chief public defender for the Sixth Judicial Circuit that includes Pinellas County, told the Orange County Register Thursday that none of the calls recorded in the Pinellas County Jail were placed to defense attorneys.

Phone calls at Orange County jails are all recorded, unless an inmate’s booking number or a specific phone number are added to a “private” list or separate “do not record” list.

When the GTL installed a software upgrade in Orange County in 2015, the company uploaded the private list, containing about 45 numbers, but failed to upload the second and much larger “do not record list,” meaning hundreds of people entitled to private phone calls were being recorded. Jail personnel with access can listen to recorded phone calls live, download the files to their computer, burn files to a disc, or email a link of the recording.

GTL software allows jail personnel to access these recorded calls through an internet browser, meaning anyone with login information can access this information from any computer or device, according to testimony from GTL executives. But it was unclear at Thursday’s hearing whether the Orange County Sheriff’s Department has enabled these optional features for its jail personnel.

Sheriff’s Department spokeswoman Carrie Braun said the department requested the list of blocked phone numbers in June and was alarmed by how small the list was, prompting the company to conduct an audit that revealed the problem.

The company says it fixed the error in July, blocking access to those phone recordings and updating the “do not record” list to include 1,309 phone numbers.

Thursday’s hearing was part of the criminal prosecution of Joshua Waring, a 29-year-old Costa Mesa man facing three counts of attempted murder and other charges related to a 2016 shooting at a now defunct sober living home in Costa Mesa.  He is the son of former Real Housewives of Orange County star Lauri Peterson.

Among the 1,079 improperly recorded calls, at least two are calls between Waring and his former attorney at the Orange County alternate defender’s office.

Garson, Waring’s current attorney, said another 1,400 jail phone calls made by Waring were recorded over a 9-month period when he represented himself in court, despite an order from a Superior Court judge that granted Waring unmonitored collect phone calls.

Senior Deputy District Attorney Cynthia Nichols said she listened to a portion of those 1,400 recordings, but none of them contained potentially privileged information. Nichols said she has not listened to the calls between Waring and his former alternate defender Ray Chen.

Of the 1,079 improperly recorded calls, about seven were calls to the main line for the Orange County Public Defender’s office, Garson stated in court.

Garson asked GTL officials how, if the system is set up to record every call to a number unless it is explicitly marked private, the company’s records show just seven calls to the Orange County Public Defender as recorded.

It’s inconceivable that in three years, only seven calls to the public defender were made by the hundreds of inmates in Orange County jails, Garson argued.

“Doesn’t that tell you there’s a problem somewhere else aside from human error?” Garson asked Matthew McFalls, Director of Technical Services for GTL.

“No, it tells you they didn’t call that number,” McFalls said.

Deputy District Attorney John Maxfield noted that inmates are known to exchange booking numbers to make phone calls, which could allow inmates who aren’t entitled to make private calls to do so using another inmate’s identifying information.

Since the improper phone recordings were discovered, prosecutors have identified ten defendants whose conversations were improperly recorded and are notifying their attorneys, according to the Orange County Register.

On Monday, the Public Defender’s Office obtained a court order from Judge Gregg Prickett banning law enforcement and prosecutors from listening to any of the recordings. Prickett has also appointed a special master to handle the recorded conversations.

The Public Defender also has the list of 1,079 recordings that were improperly recorded.

The dismissal of Waring’s case would be yet another blow to both the Orange County District Attorney and Sheriff’s Department, which are under state and federal investigations related to the illegal use of jailhouse informants, known as the jailhouse snitch scandal.

Revelations about improper informant use has upended at least seven criminal cases, resulting in thrown out and reduced charges.

The OCDA was barred from prosecuting mass murderer Scott Evans Dekraai in 2015 for misconduct, and Dekraai avoided the death penalty after the same judge ruled that failures by the Sheriff’s Department to turn over key evidence denied Dekraai the chance at a fair trial.

Sheriff Sandra Hutchens, who is retiring at the end of this year, has said the department did not receive notice from GTL until June of problems with recording inmate phone calls. She has routinely denied that illegal informant use was part of a sanctioned program, blaming it on bad training and an isolated group of jail deputies.

“We anticipate that this will be exploited by some to perpetuate an anti-law enforcement narrative,” Hutchens said in a statement released Thursday evening. “We are confident that those who look at this situation objectively will recognize an error does not constitute a conspiracy. To imply otherwise ignores the truth.

Another major prison phone company, Securus, was under scrutiny in 2015 after an anonymous hacker leaked a cache of more than 70 million inmate phone calls over a two-year period to the news website The Intercept. Among those phone calls, at least 14,000 were recordings of calls between inmates and their attorneys, according to The Intercept.