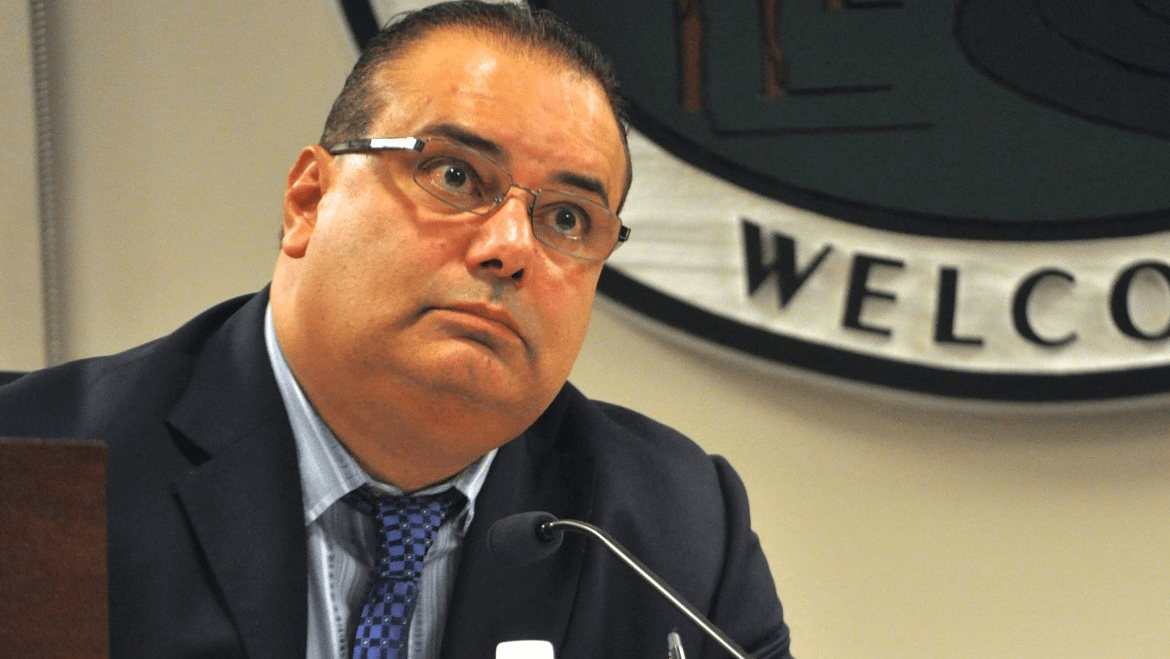 Lake Forest’s recall election campaign of former City Councilman Andrew Hamilton is being investigated by the District Attorney’s office after a lead organizer warned the city clerk some administrative signatures were forged.

“There’s an ongoing investigation which began with my report to the city clerk of forgeries on the declaration portion of petitions. No paid circulators or coordinators are involved,” said recall campaign director John Bush during the Aug. 7 council meeting.

“Any forgeries were done after I had turned the signatures over to Mr. Adam Nick. Who then had possession, along with … Mayor Jim Gardner and Larissa Clark,” Bush said.

But Nick said he has no idea what Bush is talking about.

“I don’t know, it’s nonsense. Nobody (from the DA’s office) has ever called me. There’s no way — nobody in their right mind would think that you can forge signatures of thousands of voters. It’s not only impractical, it’s stupid,” Nick said in an Aug. 22 phone interview.

“Remember, this is politics, so people say the stupidest things and they’ll throw everything at the wall to see what sticks,” Nick said.

Gardner said while he was helping count and verify signatures, he didn’t see any forgeries.

“John Bush makes lots of claims and this is just another one of his ridiculous claims,” Gardner said in an Aug. 22 phone interview.

“I never saw original papers, but they would give me a bunch of signatures and I would go through each signature and verify or not if they were registered voters. I told them how many duplicates they were getting,” Gardner said.

He also said he helped verify the first 4,000 signatures, but because of a neck injury, stopped helping the campaign after that.

“John Bush came over to my house with his son and I showed him how to do the verifications … and I turned it over to him and I honestly don’t know what happened after that,” Gardner said.

Bush said it wasn’t the voter signatures that concerned investigators, but the signatures at the bottom of each petition form which are supposed to be  signed by someone in the campaign verifying the residents signatures in the top part of the form are valid.

Bush, in an Aug. 8 phone interview, said his work on the recall campaign included making copies of the signature forms for the group’s own records and turning the originals over to Nick.

“I knew something was up and I was worried my name would be connected to these things that could be forgeries,” Bush said. “I kept a couple blank ones (bottom of forms were blank, but tops had voter signatures) and they got filled out somehow and that’s when I knew there was a problem and it was like on Aug. 2 or 3 (2017) that I called the city clerk right away … it was a long time after, it was like October or November before the DA contacted me.”

Nick, who was on the council from 2012 to 2016, previously offered Councilmen Dwight Robinson, Scott Voigts and former Councilwoman Kathryn McCullough cash, they said. He also tried to pay former Voice of OC reporter Adam Elmahrek during his 2015 reporting on the issue.

In February 2015, Nick was charged with stealing Voigts’ campaign signs. Prosecutors said the sheriff’s deputy who stopped Nick saw 10 other signs in the back of his car. He faced one count of petty theft and one count of receiving stolen property, but in July 2015 the charges were dismissed.

According to a January email exchange between Lake Forest City Clerk Jennifer Connally and Registrar of Voters Neal Kelly, on Sept. 18 DA investigators collected an unknown number of recall petition forms from the Registrar’s office.

In the email, Kelly also told Connally there’s a criminal investigation of the recall campaign.

“And the petitions were turned over to the OCDA on September 18, 2017. As we discussed, although there is a criminal investigation underway on a portion of the petitions submitted it does not interfere with the legitimate certification of the petition as a whole and the subsequent lawfully conducted election,” Kelly wrote Jan. 16.

Kelly verified the email exchange Aug. 10 with Voice of OC.

Bush also headed up the 2016 unsuccessful campaigns to recall Councilmen Dwight Robinson, Voigts and Hamilton. The campaigns failed to gather enough signatures that year to land on the ballot.

The 2017 recall campaign turned in 16,225 signatures, with 8,834 certified registered voters required to put the issue on the ballot. It led to Hamilton’s recall during the Jan. 2 special election. According to the signature verification certificate from the Registrar of Voters,  43 percent of the signatures — 7,070 — were found invalid.

Kelly said since the recall campaign is under investigation, he can’t “speak about this one specifically.”

“But I can tell you in general, we see petitions with 75 to 80 percent validity ranges, on average,” Kelly said in an Aug. 22 phone interview.

The validity rate of the Hamilton recall petitions was 56 percent. According to the certificate, most of the invalid signatures were from unregistered people, duplicate names and signatures that didn’t match signatures on file with the Registrar of Voters.

Nick contends Bush didn’t meet contractual obligations for the $25,000 because he didn’t have a high enough validity rate.

But in the one-page contract, there is no signature validity rate mentioned.

“He said he would pay for that (legal expenses) … but ran into a lot of expenses and couldn’t pay after all. Then once I reported the forgeries, he said ‘not a dime,’” Bush said in an Aug. 24 text message.

“Once I submitted the paperwork is when he said he had no money. Typical Adam Nick BS,” Bush texted.