Voice of OC posts press releases to provide readers with information directly from organizations. We do not edit or rewrite press releases, and encourage readers to contact the originator of a given release for more information. To submit a press release, email hjanssen@voiceofoc.org.

Sundays @Soka is a series of 70-minute, informal concerts by Pacific Symphony that have proved to be popular for both newcomers and longtime aficionados of classical music. Conductor and music director Carl St.Clair brings his vast knowledge of musical history to life with both his comments and baton. The two other concerts in the series will be February 10 and March 31 when maestro St. Clair will present two full programs of Schubert and Chopin.

Haydn’s Trumpet Concerto will feature the principal trumpet of Pacific Symphony since 2004, Barry Perkins, who has been hailed as “fearless,” “first rate” and “phenomenal” by The Orange County Register and the Generalanzeiger (Cologne, Germany).

Led by Music Director Carl St.Clair since 1990, the Pacific Symphony has been the resident orchestra of Orange County’s Renée and Henry Segerstrom Concert Hall for more than a decade. Currently in its 39th season, the symphony is the largest orchestra formed in the US in the last 50 years. It is not only a fixture of musical life in Southern California, but also recognized as an outstanding ensemble making strides on both the national and international scene. In Orange County, the orchestra presents over 100 concerts and events each year, as well as a rich array of education and community engagement programs, reaching more than 300,000 residents of all ages.

The Pacific Symphony’s discography comprises 15 recordings, which feature 20th- and 21st-century music by American composers, including William Bolcom, John Corigliano, and Richard Danielpour. In 2012 for Naxos, Mr. St.Clair and the orchestra recorded Philip Glass’s The Passion of Ramakrishna, a Pacific Symphony commission. The Symphony has also recorded for Harmonia Mundi, Koch International Classics, Reference Recordings, and Sony Classical, among other labels.

The Pacific Symphony has been recognized with multiple ASCAP Awards for Adventurous Programming and included among the country’s five most innovative orchestras by the League of American Orchestras. The Symphony’s education and community engagement activities have also been recognized by the league as well as the National Endowment for the Arts. 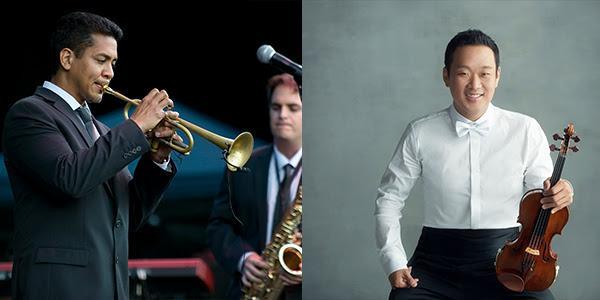 Entering its eighth season of presenting the best of live performances on its extraordinary stage, Soka Performing Arts is on the campus ofSoka University of America in Aliso Viejo, California. Now under the leadership of General Manager Renee Bodie, the 1,000-seat concert hall features world-class acoustics designed by Yasuhisa Toyota, acoustic designer of noted performance venues like Walt Disney Concert Hall in Los Angeles and Suntory Hall in Tokyo.

Soka University of America is a private, non-profit, four-year liberal arts college and graduate program. The campus is ranked in the Top 25 National Liberal Arts Colleges in U.S. News and World Report’s “Best Colleges 2019.” The university is open to top students of all nationalities and beliefs and was founded upon the Buddhist principles of peace, human rights, and the sanctity of life. For more information:www.soka.edu.

Sundays @Soka with the Pacific Symphony