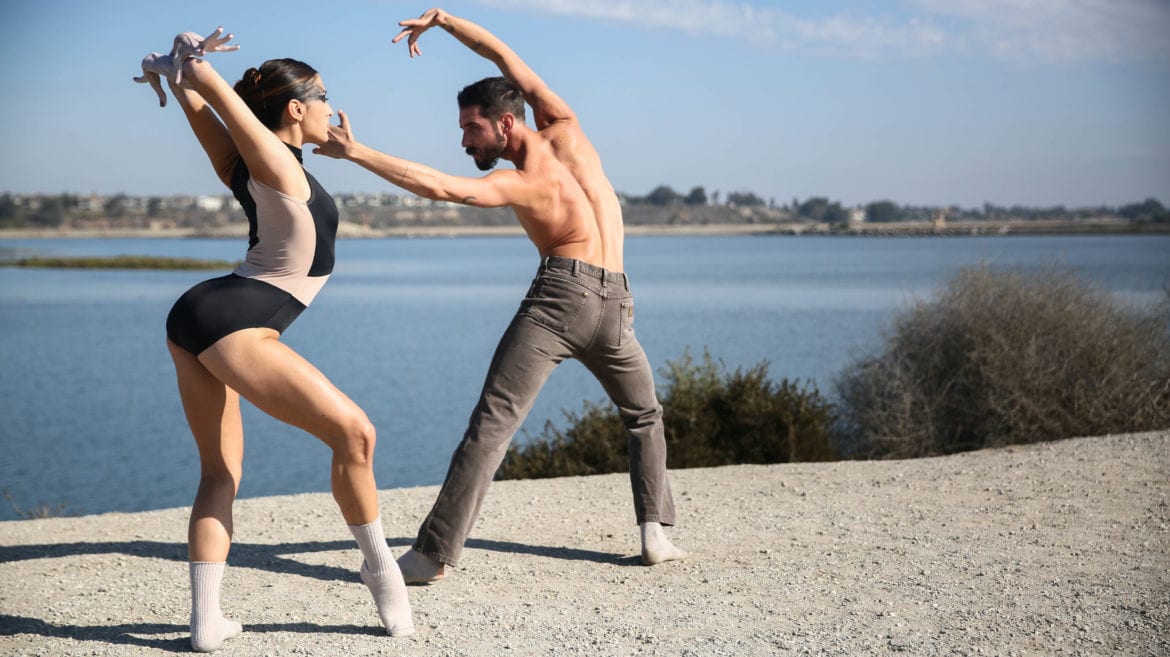 Personal reflection is a constant source of inspiration for Josie Walsh.

The choreographer and director said that when she attends dance concerts, though, it often seems like the people who fill the seats around her are settling in with the intention of enjoying some passive entertainment, with no effort to reflect or interpret. It’s a pattern that she hopes to break (or at least bend) when presenting her own work.

“I think you have to ask yourself, how do you want the audience to feel?” said Walsh, a featured choreographer in Festival Ballet’s Ovation Contemporary Creations concerts at the Irvine Barclay Theatre.

“I want people in the audience to simply enjoy and become one with the action on stage,” Walsh said.

“Our human nature wants us to see something it already knows, but we must not treat ballet performance like a museum. Instead, we should encourage companies to promote new ideas as well as old — you never know who could be the next (George) Balanchine.”

Walsh is the artistic director and choreographer of her own company, BalletRED, and previously danced professionally with Joffrey Ballet, Oregon Ballet Theatre and Ballett Zürich in Switzerland. She was named one of Dance Magazine’s “25 to Watch” in 2006 and is often commended for her hybrid style of ballet and combining dance with other arts such as live music or digital projections.

Recently, Walsh’s choreography was featured on NBC’s “World of Dance” as performed by Avery Gay and Marcus Sarjeant. The junior-division duo was the only ballet act on the show to feature pointe work, and Walsh sees that as a win for reframing how ballet is perceived in the entertainment world.

“For ballet to reach a younger demographic and a non-dance demographic, I think we need shows like (Festival Ballet Theatre’s ‘Ovation’) so that people can see the evolution of ballet,” said Walsh. “Why can’t ballet be the new hip-hop?”

Walsh, who was originally commissioned by Festival Ballet artistic director Salwa Rizkalla to create “Texture of Time” in 2013, was excited to join the company’s roster of contemporary artists, which includes Viktor Plotnikov and Andrea Schermoly.

The inspiration for “Texture of Time” struck, as inspiration often does, somewhat unexpectedly one day while Walsh was hiking in Santa Monica. She became fixated on this idea of time: while it is constant, it forces change on everything in our world.

“Time can be a measuring stick. It is going to keep moving like a conveyor belt,” said Walsh, who referenced time’s effect on the natural landscape, a person’s skin, relationships and other things. 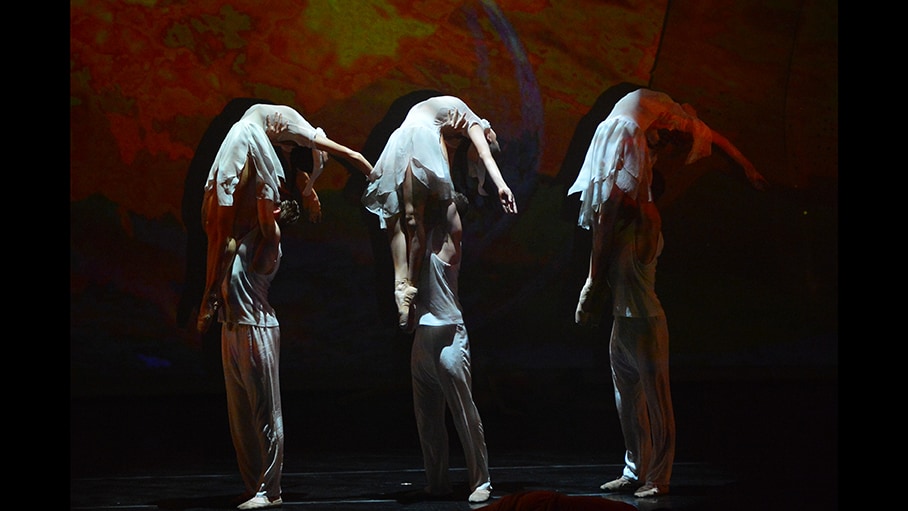 “Texture of Time” by choreographer Josie Walsh looks at the concept of time through contemporary ballet. (Photo courtesy of Dave Freidman)

With time identified as the throughline for the piece, music by Walsh’s composer and husband Paul Rivera Jr. (known professionally as “Jealous Angel”), and multimedia elements such as projections and low-lying fog, Walsh creates an environment that she hopes allows viewers to reflect on their own stories.

The other two pieces that will take the Irvine Barclay stage this weekend are Plotnikov’s “Oops,” a comical, award-winning piece that shows dancers maneuvering red pull-on skirts in creative ways, and Schermoly’s “Plume,” which looks at the ecosystem and the health of our world.

“Ovation” provides an opportunity to experience three completely different worlds which allows guests to participate in a “pas de deux between audience and performer,” Walsh said.

“We are telling stories in a way that is more visceral. Let the art move you, feel the presence of the dancers and the energy that art creates.”

Kaitlin Wright is a contributing writer for Arts & Culture at Voice of OC. She can be reached at [email protected]