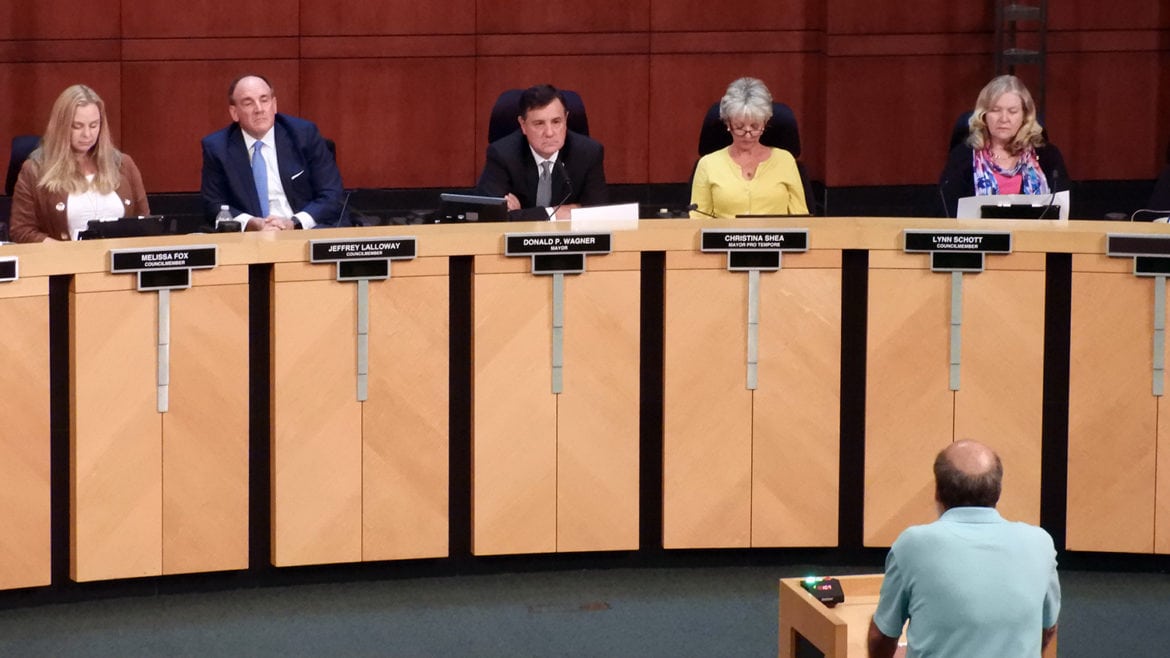 The Irvine City Council conducts business during its June 12, 2018 meeting.

Irvine residents now will have 12 days to study regular agendas for the City Council, Planning Commission and  other city bodies after the Council voted Tuesday to strengthen its transparency ordinance.

The Ralph M. Brown Act, the state’s transparency law, mandates regular meeting agendas be posted at least three days in advance and 24-hour notice be given for a special meeting. Irvine was posting its regular City Council agendas five days in advance of the meeting. Now the public will get the agenda 12 days before a meeting and Irvine’s special meetings will have a five-day advance notice.

Planning Commissioner Anthony Kuo, also a City Council candidate, said the commission had to continue a vote because one commissioner didn’t have time to read all the reports on it.

“We ended up continuing the item for two weeks … had we had the sunshine ordinance then, we wouldn’t have had to continue it,” Kuo said during public comment.

She recalled an instance similar to Kuo’s.  When she was on the community services commission, she had roughly four days to read a big report, Fox said.

“I was delivered three feet of documents on a Friday, for a meeting Tuesday evening,” Fox said. “So the ability to get public input on these very important matters should be substantially increased.”

“Transparency is at the top of the list for Irvine residents’ wish for improvements that they want for our city’s policy bodies such as the City Council and others,” Olinger said. “The public should actively be encouraged to participate in decision making.”

The updated ordinance had provisions to livestream and video archive Planning Commission meetings, but City Manager John Russo said he hasn’t met with commissioners yet or figured out cost estimates. He expects that item to come back to the Council during its budget process in May or June.

Klubnikin recalled the Supervisors Nov. 8, 2016 meeting, on election day, when it voted to push all public comments to the front of the meeting, including agenda-specific comments.

After a series of pushback from county residents and legal threats, people can now speak on specific agenda items before they are deliberated by Supervisors. Public comments are at the end of the meeting.