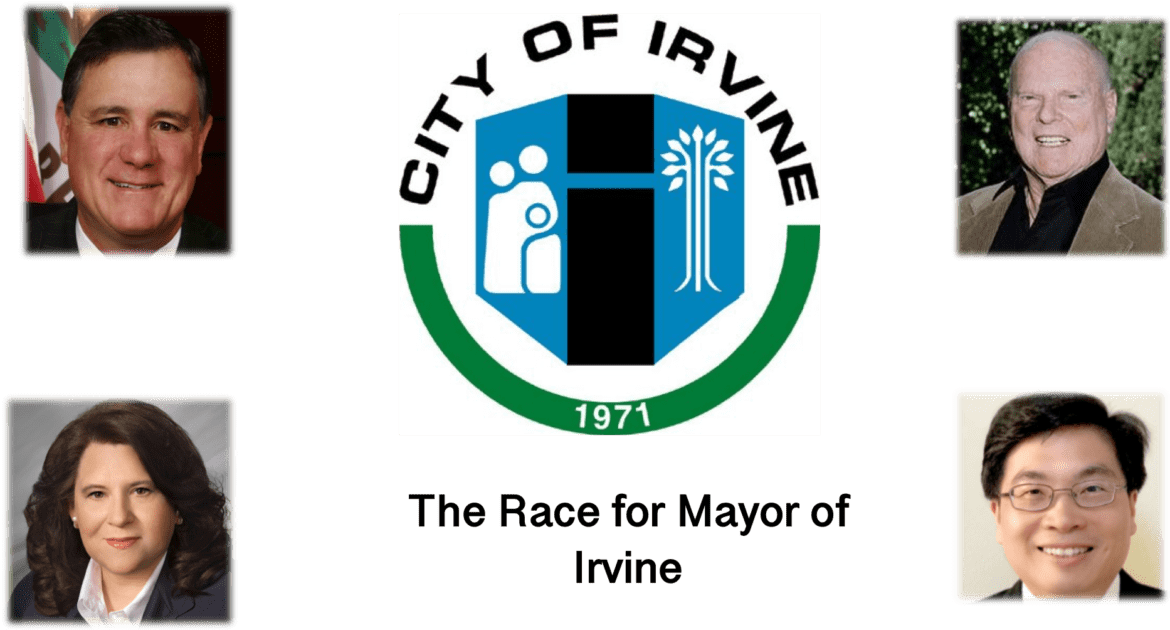 Irvine’s mayoral election. On one level, it is simply a re-election campaign. There are three challengers, and then there is Mayor Wagner – the incumbent. But what does a vote for Wagner mean? If you look a bit deeper, you might be surprised.

Like others, politicians are following incentives and like most workers they have the incentive to advance their career. For a politician, that means getting elected and then reelected. And in the current environment, that means money.

To put it concisely, money is the real incumbent in this election. It is the belief by politicians that obtaining big money – not representing Irvine residents’ interests – is most important to getting elected.

Irvine’s inability to solve the traffic problem might be the best evidence of money’s power in our local government. To build on a candidate’s statement at the City Council forum hosted by the organization Irvine Watchdog, traffic was a major topic in Irvine ten years ago, is a major topic now and will probably be ten years on.

Why? We can try to blame this person or that person. But at the core, the reason is this: getting elected requires substantial money and the developers are able to outspend all others.  For election hopefuls to get their money means approving their building contracts one after the other which means overcrowding – on our roads and in our schools.

Consider 2016 when Mr. Wagner ran for Mayor. He did not meet voters. He sat back and let the money do the convincing – buying political consultants, anonymous mailers, civic organization endorsements and digital advertising. His main opponent was hit with hundreds of thousands of dollars in spending for an office with an annual salary of about $10,500. In a local election, such spending is likely decisive as people have few alternative sources of information. Unsurprisingly, Mr. Wagner won.

2018 appears to be a replay. Again, the Mayor is not meeting voters. Unlike his opponents, he does not go to election rallies or candidate forums. He skips or minimizes his time at major gatherings like Irvine’s annual Global Village.

He believes money is more important. According to records, he has received over $150,000 from developer PACs. When his main opponent first filed, money paid for a negative, anonymous attack ad sent out that same day. This money has also paid for two types of campaign signs appearing throughout Irvine. 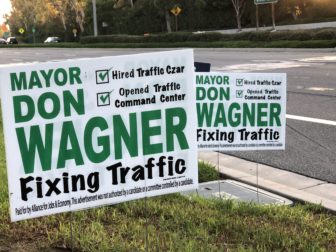 If he believed Irvine’s residents were the key to reelection, he would have many accomplishments as mayor. But does he? The signs point to a trusted leader fighting traffic by appointing a traffic czar and creating a Transportation Commission. But is there evidence these moves have impacted traffic? Residents can certainly read his signs – since they are still stuck at intersections for the same time daily with no relief in sight.

Without much to credit, Irvine City News has had to endorse him as a “steady hand” – which implies he has preserved the status quo. But is this enough? Considering the status quo includes increasing housing, traffic, increasingly crowded schools and a declining quality of life, I would say not.

The mayor is not the only Irvine candidate running with this strategy. For example, one city council candidate has garnered tens of thousands of dollars in donations from developer PACs but does not provide his stands on the issues on his website.

Given politicians have and follow such incentives, several remedies exist. One is campaign finance reform to remove money from elections so politicians representing big donors will not likely win. Another is to enact an ordinance that politicians recuse themselves from a vote on things like building projects if their campaigns received funding from an applicant. But such reform is at best highly unlikely.

The remaining remedy is an electorate informed about the candidates and their sources of donations and who votes accordingly. If Irvine residents learn which candidates take money from special interests and consistently vote them down despite the advantages such money buys, candidates’ calculations and thereby policies will change. 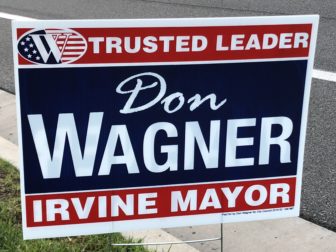 So, when you vote this November, try not to be blinded by the mailers, campaign signs or civic organization endorsements. Instead, remember what buys these and consider who the real incumbent is and the message you are sending. Your vote to reelect the current mayor is not and will not be interpreted as a vote for a steady hand, a trusted leader or a man fixing traffic. Instead, it will be interpreted as a vote for the real incumbent: money, and only confirm its overwhelming power in Irvine – to the detriment of Irvine and its residents.

Wesley Oliphant PhD is an Assistant Professor of Economics at a community college, a resident of Portola Springs in Irvine and also a member of the Irvine Watchdog citizens group.