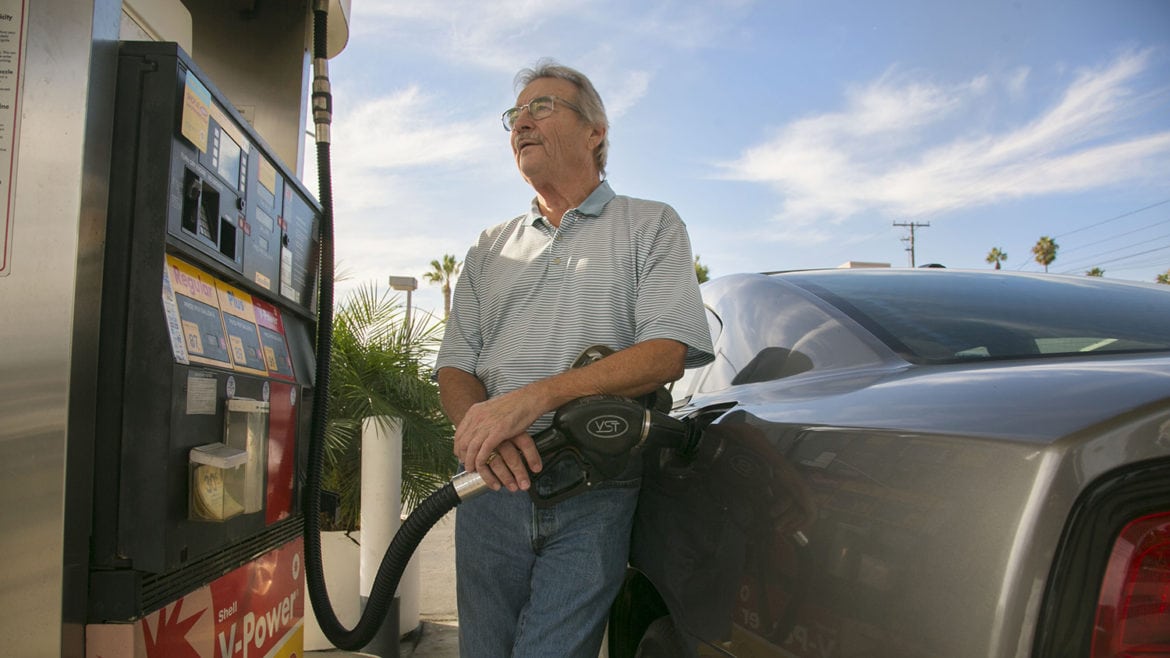 Repeal of the gas tax – Proposition 6 on the Nov. 6 ballot – would result in a $19 million annual shortfall next year for the agency’s already beleaguered bus system, according to OCTA officials.

OCTA recently overhauled its bus system after facing the steepest declines in bus ridership in Southern California. That reorganization eliminated several bus routes in South Orange County in favor of shifting resources to parts of Central and North Orange County where there are more bus riders.

Orange County and its cities are set to receive $1.5 billion in funding from gas tax revenues over the next ten years, according to the state’s website dedicated to gas tax funding, although not all of those funds have been allocated or approved.

About $133.6 million already has been received and allocated to OCTA, according to spokesman Eric Carpenter.

Ridership, fares and the local sales revenues that fund transportation programs have continued to decline, and although the recent bus overhaul has slowed that rate, officials had been prepared to make further cuts. The passage of the gas tax eliminated that funding shortfall.

“This is a process we would have started two years ago if the legislature hadn’t passed [Senate Bill 1],” said CEO Darrell Johnson at a meeting of the board’s transit committee on Oct. 11. “So we’ve been thinking about it a lot.”

Senate Bill 1, known colloquially as the gas tax, was approved by the state legislature and signed by Gov. Jerry Brown in April 2017. The bill went into effect last November and adds a 12-cent tax on gasoline and 20-cent tax on diesel fuel, and raises vehicle registration fees by $25 to $175 depending on the value of a vehicle.

The bill is estimated to raise $5 billion in new money to fund road maintenance and transportation projects statewide.

Officials are unclear what will happen to funds that have already been allocated to them for capital projects if the repeal passes, said Carpenter.

“We don’t believe that transit funds already spent would need to be repaid but whether SB1 funds allocated for capital projects would need to be paid back to the CTC (California Transportation Commission) is unclear,” said Carpenter in an email.

At a meeting Monday, none of the Board of Directors asked questions or commented after a staff presentation about the potential effects of the bill’s repeal.

OCTA officials didn’t provide a complete breakdown of all the projects and funds that would be impacted by the repeal of the gas tax.

In addition to $19 million in immediate cuts to the transit system, about $92.5 million in gas tax funding was awarded to OCTA in the first round of grant awards.

County transportation officials have suggested repeal of the gas tax could also impact other transportation funds that have been dwindling in recent years, resulting in delays or elimination of funding for certain projects.

Cuts would likely be felt most immediately to the county’s bus system, which has endured significant cuts and restructuring in the last two years.

The agency likely would eliminate lower productivity routes, decrease the frequency of certain routes, look at reducing service hours on holidays and shorten routes where the beginning and end of the bus routes have low ridership.

The agency has, in recent years, increased the number of routes operated by private contractors, required employees to make maximum contributions to their public pensions and reduced the bus fleet by 40 vehicles, Johnson said.

Eliminating bus routes would also have the effect of reducing service for riders with disabilities, said Hewitt.

The agency is required under the Americans With Disabilities Act to provide bus service to disabled people comparable to their regular fixed-route service, known in Orange County as the ACCESS service. Because OCTA is only required to pick up disabled riders at their homes within three-quarters of a mile of a fixed-route bus stop, eliminating the route would also eliminate service for disabled people living near it.

“We’re going to catch a lot of flak if we try to reduce ACCESS,” said director Greg Winterbottom at the Oct. 11 committee meeting. “It’s really a lifeline for most users…so we upfront [should] let most people know they’re not going to be without a ride, stuck in their house.”

Riders with disabilities are still able to take the same-day taxi service, although that service is limited up to five miles, and has a higher fare.

If Prop. 6 is approved by voters in November, staff would return in December to present the board with a strategy for potential cuts.

Before any cuts can occur, the board would be required to hold public hearings. Any service cuts would likely occur in Oct. 2019.

State Republicans advocating for its repeal say SB 1 is a regressive tax that punishes California residents, when the state could easily pay for transportation projects by eliminating costly projects like the $77 billion high-speed rail line.

Republicans are also hoping the issue will spur turnout among their voters during a crucial election year where seven California congressional districts, including four in Orange County, could flip from Republican- to Democrat.

The director of the Orange County Republican Party, Randall Avila, did not return a request for comment Monday.

The Yes on Prop. 6 campaign, however, is being outspent by the construction industry, labor and Democratic groups, which have spent more than $40 million to oppose the measure, according to the Los Angeles Times.

Republicans successfully organized the recall of former state Sen. Josh Newman in the 32nd State Senate District in June, based on Newman’s vote to approve the gas tax.

Despite those efforts and the excitement of Newman’s recall, a recent poll by the LA Times and the University of Southern California found 41 percent of voters support the initiative, 42 oppose the repeal, and 17 percent are undecided.