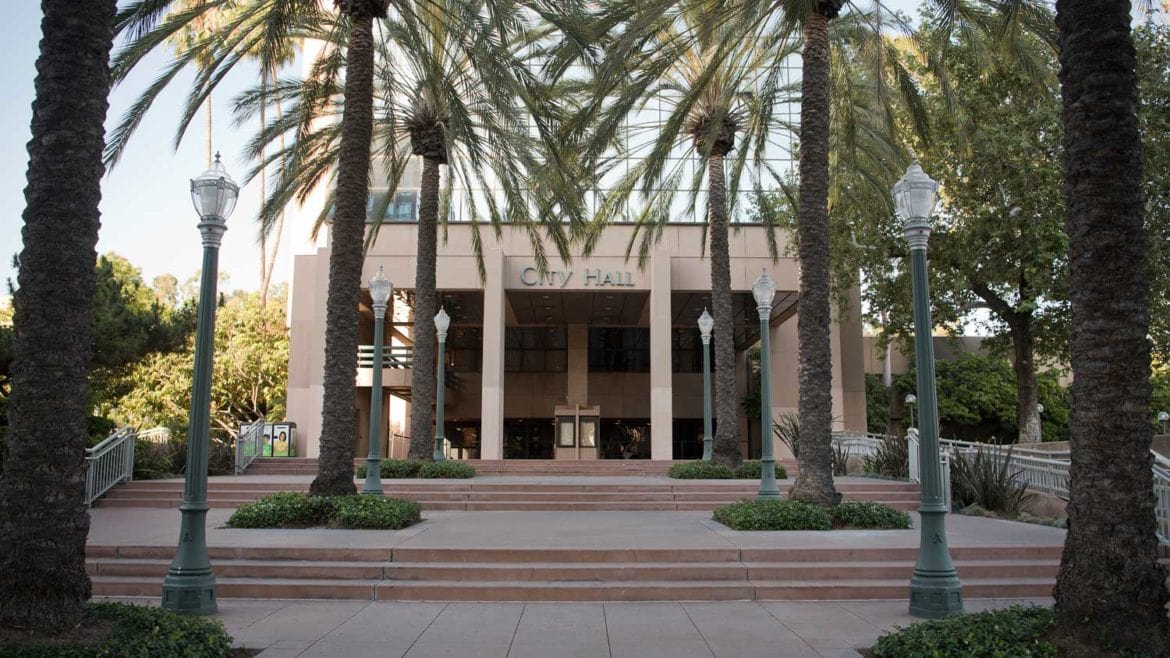 Early counts showed Anaheim voters were evenly split on a minimum wage increase on businesses that receive city tax subsidies, with 50.5 percent of voters for it and 49.5 against it, according to a 1:40 a.m. update on Nov. 7.

Almost all of the Election Day votes on electronic voting machines have been counted, though there remain an unknown number of mail-in and provisional ballots left to count.

In close races in Orange County, the winner may not be known for days or weeks.

Editor’s Note: This article was updated with new counts on election night. The final update to the article was at 1:40 a.m. on Nov. 7. See an archive below of each Voice of OC update.

Voters were on track to approve Measures J and K, initiatives that if rejected would invalidate the development agreements for two proposed luxury hotel projects by the Wincome Group, which if constructed would both receive subsidies.

That ballot initiative, Measure L would require certain businesses in the Anaheim Resort that receive taxpayer subsidies to pay their workers $18 an hour by 2022, wages that will increase each year after by two percent or higher based on cost of living increases.

So far it is believed to apply to a number of proposed luxury hotels in the Anaheim Resort. Whether it applies to the city’s largest employer, the Disneyland Resort, is disputed.

Measure J received 52.9 percent of votes to approve and 47.1 percent to reject it.

Measure K received 53 percent of votes to approve and 47 percent to reject it.

[Midnight election night, Nov. 7] Updated to show support for the minimum wage measure dropped from 51 percent to 49.4 percent, while opposition increased from 49 percent to 50.6 percent.