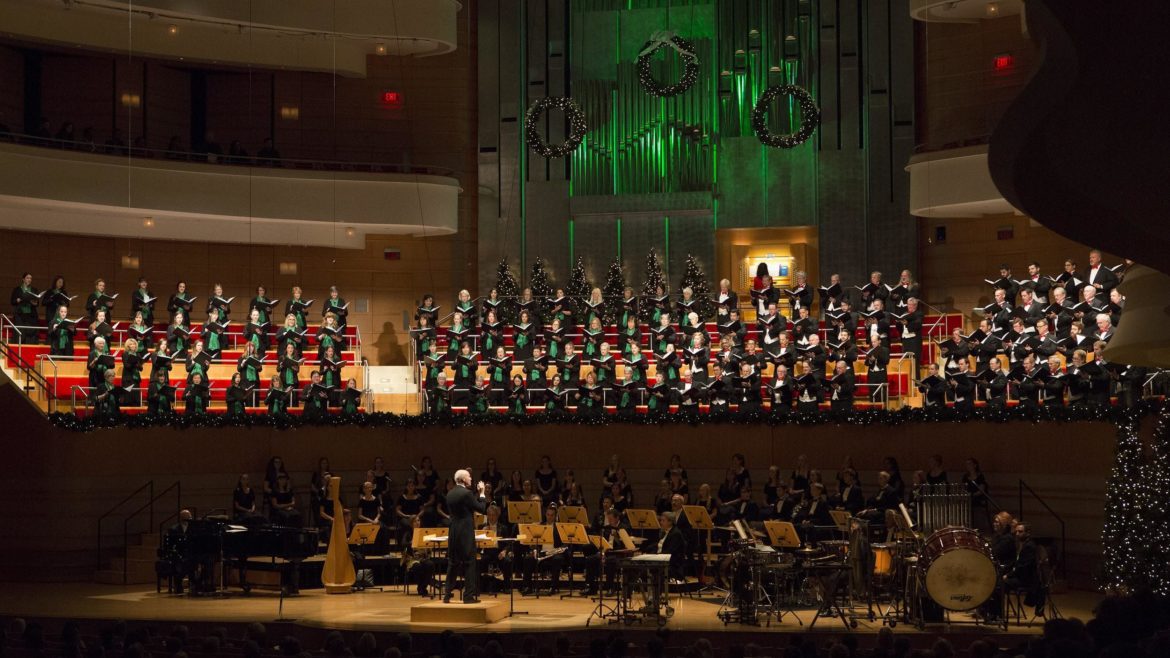 The Pacific Chorale joins the Pacific Symphony for the annual holiday tradition of performing Handel’s Messiah, one of the most famous choral compositions thanks to the soaring “Hallelujah” chorus. The performance is this Sunday, December 9 at the Segerstrom Concert Hall.

Although Messiah was originally composed for performance during Lent in the spring, it has been universally adopted as a musical high point of the Advent season in the winter. For millions of listeners it is not only a thrilling entertainment but also a deep expression of religious faith that sounds new no matter how often it is heard.

Composer George Frideric Handel famously described the process of composing the “Hallelujah” chorus as the heavens opening up to him.

Yet Messiah was also a commercial necessity for Handel. He composed it at a time when he was in need of a major success: he had enjoyed a hugely successful run writing and producing his own operas, but the public taste for them was fading. Having already written operas on sacred themes, he turned to the unstaged oratorio form.

Messiah is the foremost example of what became known as the English oratorio, which combines religious texts with elements of intense drama, sometimes in ways hard to distinguish from opera. Most of oratorios combine biblical and non-biblical texts, though Messiah is drawn entirely from the Bible.

The immediate popularity of Handel’s Messiah made it an instant tradition in England and elsewhere, and annual performances gradually moved from Eastertide to the Christmas season in the late 1700s.

Today, this popular piece is preformed annually to celebrate the holiday season by most major symphonies and chorale’s around the country.