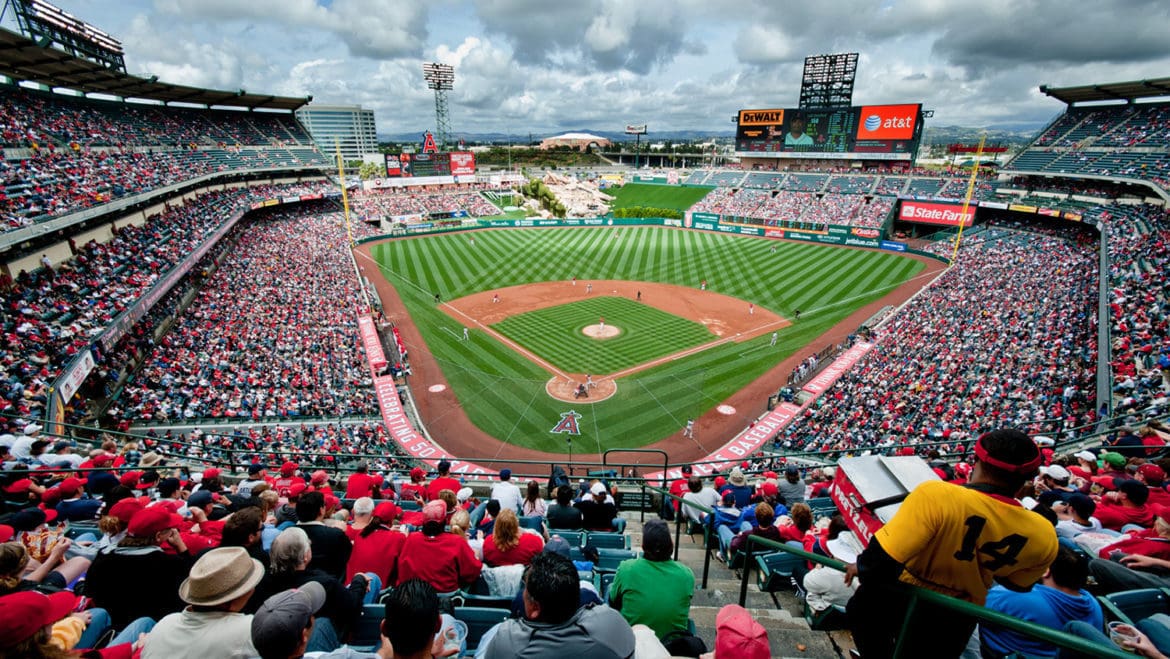 It should come as no surprise that after a short, private meeting between Anaheim’s new Mayor Harry Sidhu and Angels’ owner Arte Moreno earlier this month, that there’s a rush this Tuesday for city council members to approve a new, short-term lease for a team that just told city leaders it wants to leave.

The first chapter of every lease negotiation between the City of Anaheim and the Los Angeles Angels always seems to involve local taxpayers immediately giving up a valuable negotiation point.

In exchange for goodwill…

Note, this is a team that’s already renamed itself for Los Angeles.

And they’ve already opted out of their current city lease.

Ironically, the Angels’ ability to press now for new lease terms comes from a trigger extension granted to them by a friendly city council back in 2013, when their original lease was scheduled to enter a term favoring taxpayers.

The minute that happened, the Angels wanted a new lease.

Over my career in journalism, I’ve seen this situation play out countless times.

I led the stadium coverage of the Chargers requests for a new facility when I worked as a staff writer for the San Diego Union Tribune in the early 2000s.

Nothing the Chargers proposed ever penciled out for public benefit and unlike the Padres – who did gain public support – they eventually left, for Los Angeles.

Back in 2013, the Columbia Journalism Review also applauded our aggressive and thorough coverage here at Voice of OC of the Angels negotiations – comparing it favorably to the coverage from our colleagues at the Orange County Register and the Los Angeles Times.

Anaheim council members ultimately responded to the Angels’ challenge by extending a critical out-clause in the lease, moving it forward to a point where the team could more easily use it.

In essence, council members gave up a huge negotiation advantage over the Angels.

At the time, former Anaheim Mayor Tom Tait – a Republican voted the most popular local elected official in Orange County by his party – fought bitterly against the extension.

Back then, we witnessed the bizzare nature of stadium negotiations up close during a forum at Voice of OC and broadcast on our YouTube channel where Tait fiercely debated Charles Black, the city’s main negotiator at the time, arguing the city shouldn’t offer any extension.

Black and others on the council majority insisted an extension would buy goodwill for negotiations.

Notice that renaming the team for Anaheim has never been brought up.

I doubt it ever will.

In fact, the minute that the team could use the opt-out clause given to them by the extension, this past November just ahead of local municipal elections, they did just that.

Despite whatever team officials say about the timing of their announcement, it certainly did provide a boost to supportive candidates, who went on to win office.

Yet by pulling the trigger, the Angels actually put city taxpayers in a really advantageous position.

The City of Anaheim has a major tenant with deep pockets sitting in their major asset – the stadium – without a lease as of October and nowhere to go.

Moreno himself publicly declared back during Spring Training in 2017 that he’d likely be at the stadium at least until 2029 saying it would be crazy to pull the trigger in 2018 because it would take three to four years to develop a new site.

Yet here we are.

So if the Angels were to make it into the World Series this next October, they could conceivably be without a stadium to play in.

Now under the current stadium deal, it’s my understanding that the Angels get virtually free rent – as city rent revenue from the team (which is tied to ticket sales) equals yearly stadium maintenance costs.

Thus, taxpayers give the Angels a subsidized rent payment, tied to team revenues – which in theory helps the team post a profit.

That’s a heck of a chit to walk into a negotiation with.

Yet Sidhu and potentially a majority of city council members are proposing this Tuesday night to just give it all away.

Keep in mind that city and team negotiators still have more than nine months to hammer out a deal.

Why would you give up your best negotiation advantage immediately?

I called Anaheim’s chief negotiator on the stadium, local attorney Wylie Aitken – who also serves as chairman of the board for Voice of OC – and asked him about his take on the new deal being proposed, which he said was a surprise to him.

“If you give them more time, that gives them time to make alternative plans rather than holding their feet to fire,” said Aitken, whose daughter Ashleigh ran against Sidhu for mayor this past November.

“They opted. They have one year. They have a limited short span to work out a deal,” said Aitken, who joked the whole deal “is news to their chief negotiator, who is still authorized by the council.”

Aitken, a successful trial attorney who took on the job as a volunteer said the new approach either meant “a constructive firing or I’m being ignored.”

Anaheim City Councilman Jose Moreno, a Democrat, is also very leery of what’s being called a new proposed lease extension – chiefly because the Angels already opted out of the lease.

“Their lack of planning is now our emergency,” said Moreno, adding that the Angels never proposed any new lease arrangements in the critical negotiations extension they were awarded in 2013.

Moreno argues that something as complex as stadium negotiations, along with their land use impacts, should involve lots of public discussion and thus move on a slower timeline.

“Give the public time to look at things,” said Moreno who was the sole vote against a recent deal with the Honda Center – which transferred parking lots to the Ducks owners. Moreno voted against the deal, being talked about as a model for negotiations with the Angels, because there wasn’t enough time for public input.

If anything, the City of Anaheim should be exploring it’s own options with the 150-acre stadium area – outside of the Angels.

The stadium is perfectly sound and retrofitted by taxpayers to accommodate both a baseball and a football team (to supposedly keep the Rams, which didn’t work out).

Maybe there’s another Major League Baseball team that wants to relocate to Southern California and pay a market-based rent.

What if there’s another National Football League team interested?

Could a professional Soccer franchise come to Anaheim?

Maybe Disney wants the land for a second theme park?

What if the city simply bid the Angels’ farewell and sold the land for development?

Some estimates value the land and stadium worth as much as $1 billion.

If city leaders invested that kind of money and ran a social development fund off the investment return, Tait has often said the proceeds could put every kid in Anaheim through the college of their choice, forever.

Moreno said he supports selling the land and getting out of the sports business.

“Buy the land,” is Moreno’s message to the team owner, who is not related but shares his surname, as well as any other bidder.

“Right now, that land generates no revenue for the city,” Moreno said. “And we’re always going to be beholden to some pro sports team.”

“The stadium parking lot is Anaheim ‘s most valuable real estate asset. It’s worth hundreds of millions of dollars and its owned by the people of Anaheim, who are represented at the bargaining table by the mayor and council members. The people deserve fair market value lease, regardless if it is for one year, or 30 years.”

Tait is also ringing loud alarm bells about the name of the team, working to raise community awareness around the idea that any sort of deal moving forward should be directly tied to a name change, back to Anaheim.

“Because the Angels decided to terminate the old lease, there is no lease to extend. Negotiations are starting from scratch, which also means that the city is not bound to agree to such a ridicules team name as Los Angeles Angels of Anaheim, or worse, Los Angeles Angels,” Tait said.

Tait argues the value of having a major league team playing in your city is greatly diminished if the team has a rival city in its name.

“Anaheim residents and Orange County Angel fans agree with me,” he said. “It’s time to drop “Los Angeles” from the team name entirely.”

Makes you wonder whether the Angels would agree to drop the LA name during the proposed two-year lease they seek and go back to being called the Anaheim Angels until 2020?

Those are a lot of options to study.

Last November – in what I predicted was Tait’s farewell present to the team – the outgoing council majority voted to have an appraisal of the land.

How can you negotiate before that assessment comes back?

Taxpayers should get a truly independent opinion on what the land is worth before negotiating with anyone about it’s future.

Most importantly, taxpayers should remain in the drivers’ seat regarding the future of their stadium.

Sadly, Sidhu is proposing the exact opposite this Tuesday – seeking to institute a series of changes curtailing public comment in favor of meeting efficiency.

Except when you have a bad idea.