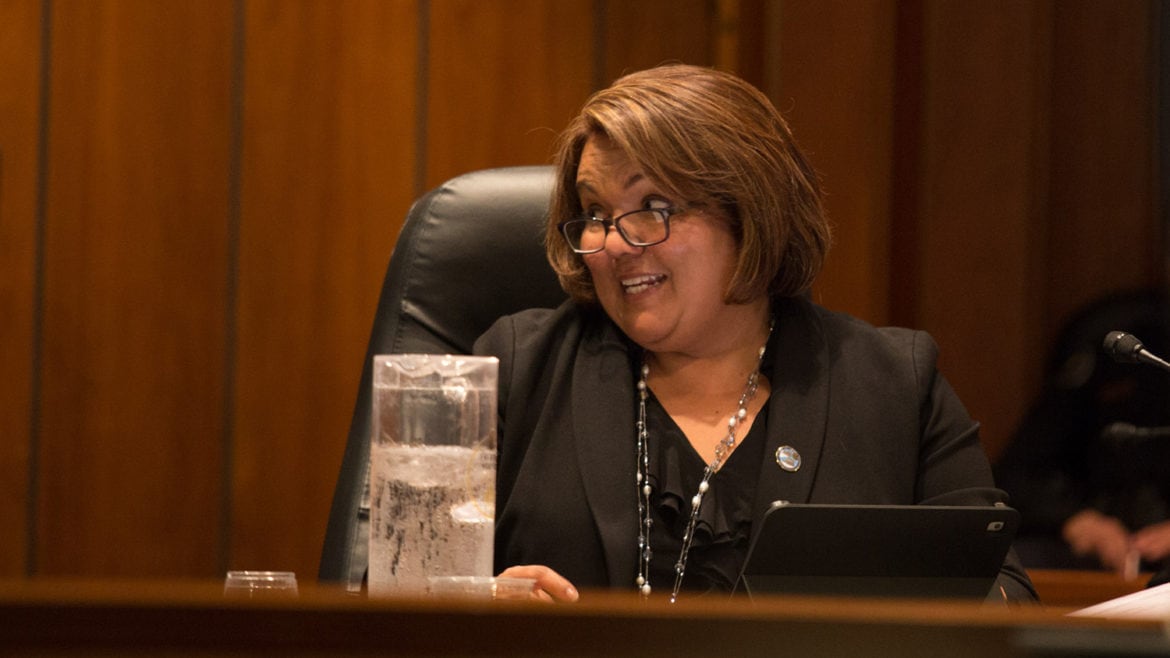 Santa Ana officials are looking for money in other parts of the Police Department budget to fund $4.3 million for police pay increases this fiscal year, as City Council members continue to be deadlocked over whether to fund the raises.

For the second time this month, the seven-member council Tuesday did not have the five votes required to expand the budget in the middle of the fiscal year to pay for the raises, the city’s largest in over a decade, that include a 19.3 percent salary increase for longtime officers.

Although the city lacks the funding authorization for the raises, officials said they will pay the raises, which the City Council approved Feb. 5 as the centerpiece of a police union labor contract. And they’re looking at pulling from other areas of the existing Police Department budget to draw the $4.3 million, such as equipment maintenance.

“There’s money within the department currently” to pay the raises for now, Carvalho said. But once the department’s salary reserves are tapped out, she said, money could be drawn out of other areas of the Police Department budget.

“At this point, since we’re only six months into the fiscal year, there’s money in the department. It just may not be money to pay for everything that needs to be paid for,” Carvalho said.

If the police department’s overall budget can’t cover the full $4.3 million for the raises this fiscal year, Carvalho said, “We’ll meet our contractual obligations first, and then we will make the discretionary expenditures like maintaining police equipment.”

It’s unclear how long the department’s overall budget can sustain the raises without a City Council-authorized budget increase. Carvalho referred questions about this to city Finance Director Kathryn Downs, who didn’t respond to inquiries Wednesday.

The pay hikes, which the City Council approved on a 4-2 vote Feb. 5, grant officers $25 million in raises over the next two and a half years, with each officer’s pay increase growing by 13.6 to 19.3 percent.

But council members backed by the police union, which spent heavily on the November election, weren’t able to muster the five votes on Feb. 5 required by the city charter to actually pay for it this fiscal year by appropriating city funds and expanding the police budget.

Mayor Miguel Pulido, who supports the raises, said at the Feb. 5 meeting the council should approve the $25 million raises and “we’ll figure out” later if the funding can be authorized.

The four council members who voted for the raises Feb. 5 were Pulido and Councilmen Jose Solorio, Vicente Sarmiento, and David Penaloza. Voting against it were Councilmembers Ceci Iglesias and Juan Villegas.

At the council’s following meeting, on Tuesday, the council again did not have the five votes to approve the funding and, although it was on the agenda, it was not discussed publicly.

The funding item can continue to appear on future City Council agendas, in case a fifth vote for it emerges. 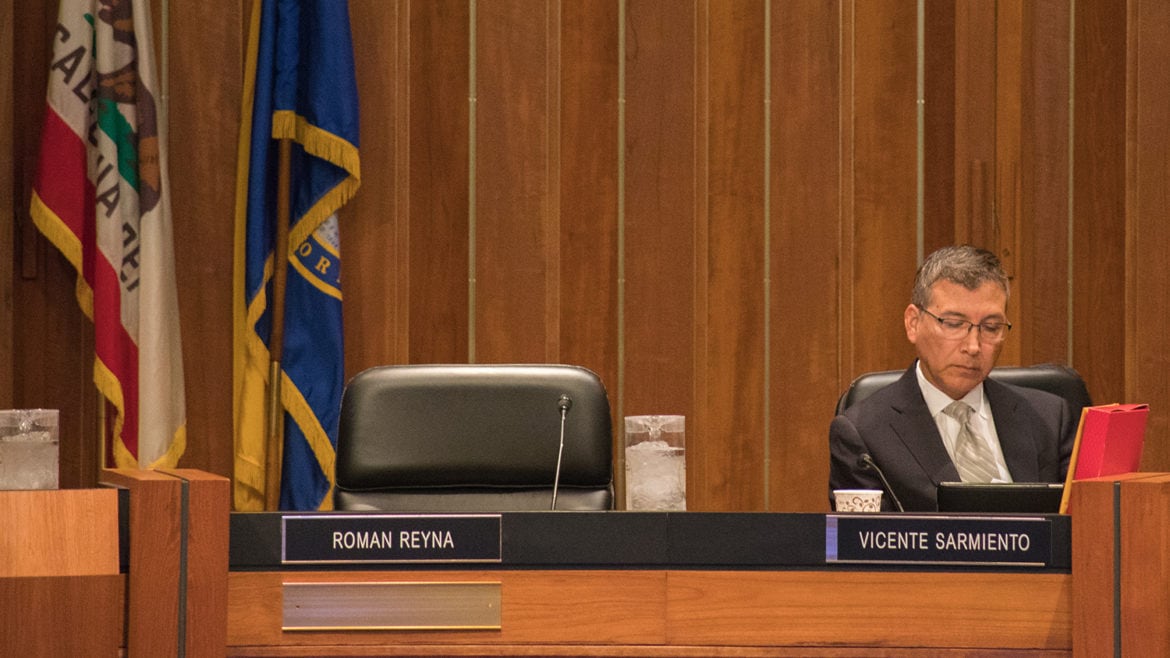 The police union has a potential opening for a fifth vote for the raise after Councilman Roman Reyna, who hasn’t been at council meetings or voting on city items since January, resigns from the council.

Reyna, in response to a police union-backed candidate’s lawsuit alleging election fraud, agreed to resign by noon next Friday, March 1. The council will have 30 days from his resignation to either appoint someone to his seat or call a special election which would take place several months from now.

The police union’s president, Sgt. Gerry Serrano, said the city has a responsibility to comply with the “legal contract” it approved with the union in securing the raises.

“Hopefully, at the next council meeting [Villegas] fulfills his ministerial duty and votes to fund the approved contract as staff recommended,” Serrano wrote in a Feb. 7 message to the police union’s members.

“He now has a responsibility to carry out compliance with a legal contract and ensure the city abides by its legal agreement.

Villegas, a longtime Sheriff’s Department special officer, described the raises as unreasonably large when he voted against them.

“In law enforcement, we have a saying: ‘Do the right thing and you won’t have to worry about anything,’” Villegas said at the Feb. 5 meeting, addressing the police officers in the council chambers.

“I always want to say that ‘I’m with you, I’ll always be with you’…But we have to be reasonable,” he said.

The proposed funding authorization, if approved by the council, would allow the use of $4.2 million from Santa Ana’s general fund to pay for the police raises through the end of the fiscal year on June 30. (The remaining $0.1 million would come from other funds.)

City staff estimate the raises will push Santa Ana’s budget shortfall this year from an estimated $600,000 to $4.8 million, after taking into account the extra money available from a sales tax increase approved by voters in November.

The sales tax increase is estimated to bring $60 million extra each year into the city’s general fund, though it won’t start rolling in until April.

City officials estimate $40 million per year of the tax increase would be needed to cover the city’s pre-existing budget shortfall as of 2021, not including the new police raises or any other employee raises. That leaves about $20 million per year for other expenses.

The raises would cost $12.3 million per year starting in the 2021 fiscal year, equivalent to more than half of the estimated extra sales tax money available for expanding city services such as homeless response and youth-related spending, according to city staff estimates.

Under the city’s new contract with the police union, the raises are retroactive to July 2018 and continue to rise across three additional dates through July 2020.