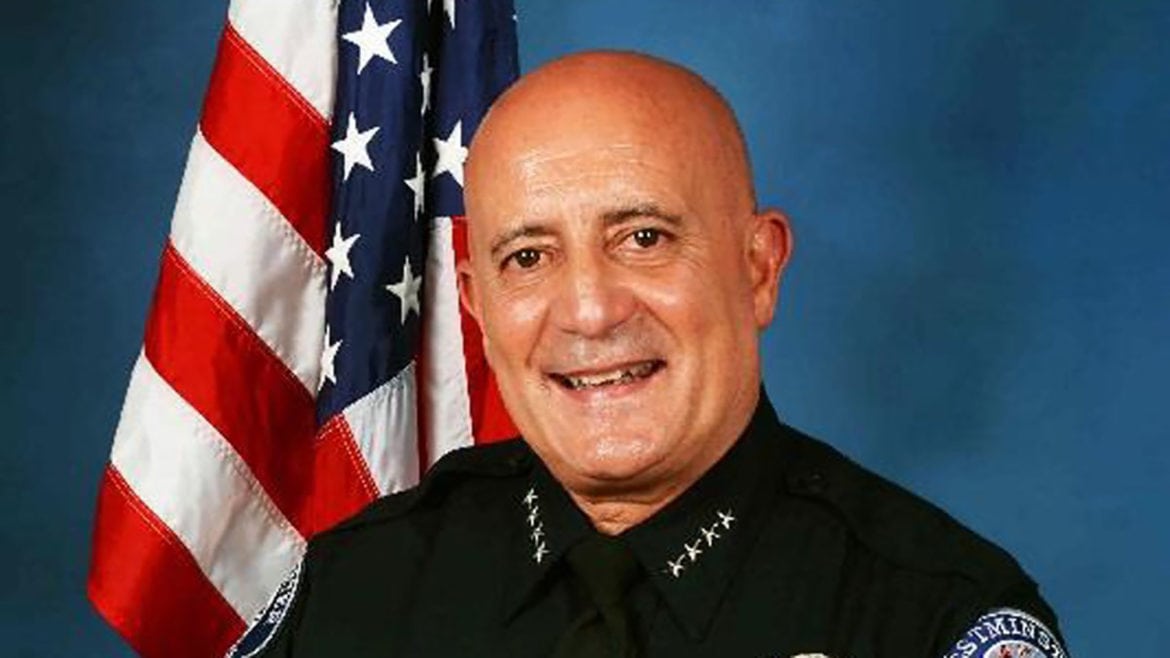 Westminster’s police chief, Ralph Ornelas, is on administrative leave pending the results of an outside investigation into “possible policy violations,” according to city officials.

“The investigation is ongoing at this time. As with any ongoing personnel matter, the City is limited by law regarding the information we can provide,” Chet Simmons, assistant to the city manager, wrote Tuesday in an emailed response to Voice of OC inquiries.

Ornelas “was placed on administrative leave” on Sunday, Feb. 17, City Manager Eddie Manfro’s office said in response to the inquiries.

Manfro and Simmons didn’t specify the possible policy violations under investigation, and neither responded when asked.

Deputy Chief Mark Lauderback will serve as acting police chief in Ornelas’ place, according to Simmons.

Ornelas had been retired for slightly more than a year in March 2017, when he became police chief of Westminster, a city swirling at the time in allegations of illegal activities and public corruption in City Hall.

Many of the corruption allegations were leveled by a previous police chief, Kevin Baker, in an explosive 14-page document he filed with the city.

Baker submitted his legal claim in April 2016, one month before he retired, and the City Council approved a $500,000 taxpayer settlement to prevent Baker from suing or talking publicly about his corruption allegations.

The city refused to release Baker’s legal claim after a California Public Records Act request by Voice of OC. The news agency sued and, after a legal battle that lasted more than a year, a judge said the document was a public record and ordered the city to release it.

Baker’s claim described a city where council members operated like a “gang” and pushed for police enforcement against certain businesses to punish political enemies and used city resources to enrich themselves and political allies.

The city has maintained that Baker’s allegations were a smear effort and that he never substantiated his claims, choosing instead to settle with the city and sign a non-disclosure agreement.

Ornelas inherited a department reeling from a discrimination lawsuit by three Latino officers: Brian Perez, Ryan Reyes, and Jose Flores. The officers won a $3.4 million judgment in 2014 after a federal jury found they were denied assignments and promotions that were instead given to less qualified officers, and were retaliated against by previous police chiefs for filing complaints.

Perez, Reyes, and Flores argued they were repeatedly denied special assignments such as SWAT or detective duties, and instead assigned “mall duty” at a substation at the Westminster Mall. They claimed they were retaliated against with repeated and unwarranted disciplinary actions after filing complaints.

The jury decision was largely upheld by the U.S. 9th Circuit Court of Appeals.

It’s unclear when the outside investigation into Ornelas is scheduled to be completed. Simmons didn’t respond when asked who is conducting the investigation.

Before Westminster, Ornelas was a commander with the Los Angeles County Sheriff’s Department, where he oversaw four jail facilities, a mental health facility, and a women’s jail. Prior to that, he headed the department’s Narcotics Bureau and oversaw the Men’s Central Jail.

Ornelas also testified in a federal corruption trial in 2016 about LA County Undersheriff Paul Tanaka’s role in keeping FBI agents from interviewing jail inmates. Ornelas testified he was captain of the Narcotics Bureau before being “abruptly transferred” to the Men’s Central Jail in 2011 after he defied an order from Tanaka not to leave the country in order to attend a training session in Mexico, according to ABC7 News.

Ornelas made about $204,500 in total pay and benefits as Westminster police chief in 2017, according to Transparent California.