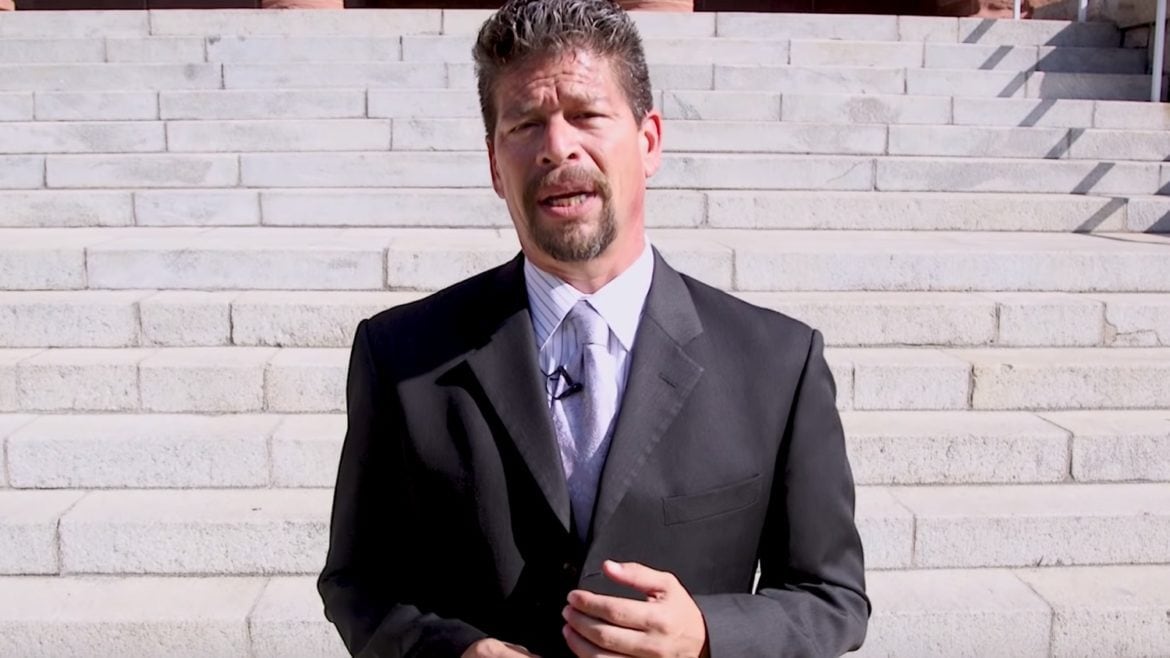 Roman Reyna, pictured in an online campaign video for his 2018 City Council run.

Roman Reyna resigned Friday from the Santa Ana City Council, following through on an agreement to step down to avoid a civil trial on allegations of election fraud.

In the planned trial, Reyna faced the likelihood of sworn testimony in public by other city officials and one of his family members regarding allegations he falsified residency documents in order to wrongfully show he was eligible to run for the Ward 4 seat he won in November.

Rather than face the trial, Reyna agreed to resign effective noon on Friday, March 1.

The civil suit against Reyna was filed by Phil Bacerra, the only other Ward 4 candidate in November. He was backed by the city police officers’ union and Reyna was considered an adversary of the union.

Reyna resigned on the day he promised to, in a letter stamped as received by the City Clerk’s Office at 8:58 a.m.

“My resignation is solely based on personal reasons and will allow me to spend the time I need to care for my mother who is ill and in need of daily support,” Reyna wrote in the letter, which he addressed to Mayor Miguel Pulido and the rest of the City Council.

“I did not learn this lesson a few years ago when my father passed away after an illness, however, I will be with family now.”

Reyna’s resignation from the Ward 4 seat creates a vacancy on the seven-member City Council, which is grappling with issues ranging from how to pay for $25 million in police raises to choosing a permanent city manager.

Reyna’s resignation also sets the stage for a potential showdown over the balance of power at City Hall, which is already in the midst of a leadership vacuum with people temporarily filling the city manager and city clerk positions without permanent replacements lined up.

The City Council now has 30 days to appoint someone to Reyna’s seat, which would require four council members voting for a particular person.

A Friday statement by the city points out that if the Council seeks to appoint a replacement for Reyna, the person must have been a resident of Ward 4 for no less than one year.

If no candidate can get to four votes within the 30 days, the seat will be filled by voters at a special election, which could be this November when voters fill a school board vacancy at the Santa Ana Unified School District.

Reyna’s seat could flip from someone who ran against a police union-backed candidate, to someone who has the union’s support.

If that happens, the union could gain additional policy wins like the council authorizing funding for raises granted to city police officers, which total at least $25 million over the next two and a half years. The city has been deadlocked on that issue, falling one council member short of the five votes required to amend the budget to pay for the raises this fiscal year.

The police union has been the largest campaign spender in Santa Ana’s last two elections.

A police union representative had also been present in the courtroom during the lawsuit’s initial proceedings.