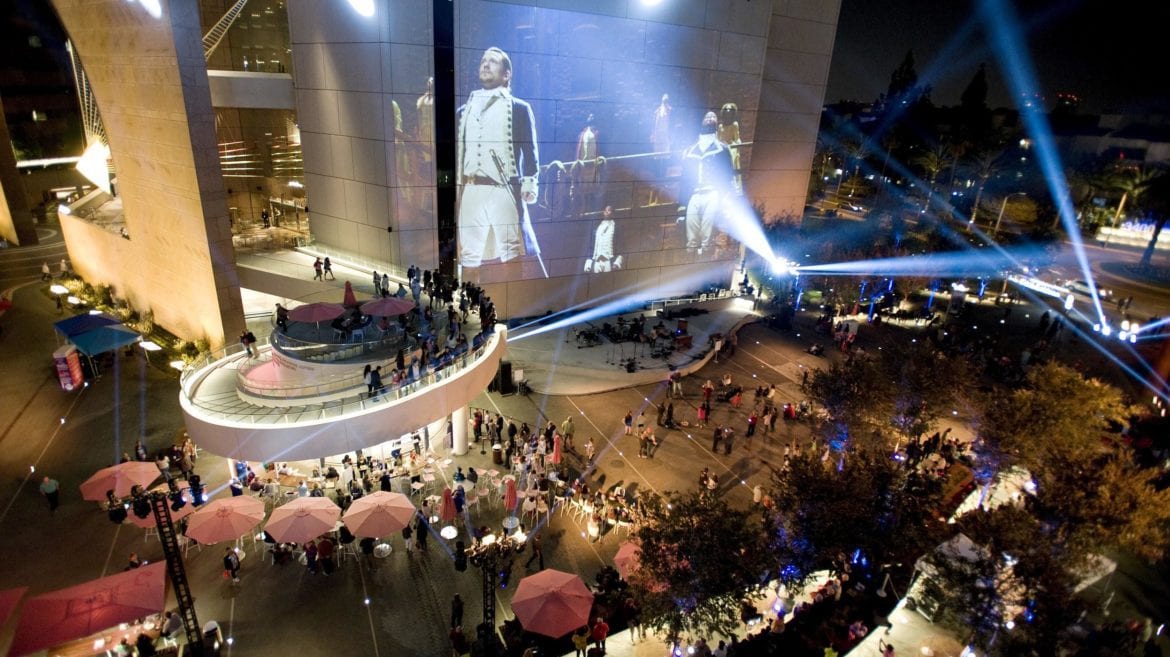 The Argyros Plaza at the Segerstrom Center for the Arts cost about $15 million to construct. Its grand opening, under the leadership of Terry Dwyer, was in the fall of 2017.

The Segerstrom Center for the Arts is looking for a new leader. Terrence W. Dwyer left his position as president of Orange County’s largest performing arts institution in February for reasons that were never fully explained.

Dwyer was the longest-serving president in the Segerstrom Center’s 33-year history, and he deftly handled financial challenges and raised the institution’s public profile by creating a daring, crowd-friendly new public plaza that features free entertainment.

Segerstrom Center officials are being tight-lipped about replacing Dwyer. Based on past practices, it’s safe to assume that a robust national job search is underway. The Center has never chosen an internal candidate for the position, although certain longtime employees would be well qualified to assume the top job. Executive vice president Judy Morr, with her long and distinguished career in top-level arts management, comes to mind. She is currently filling in as the interim president.

Around the country, several other large cultural institutions have recently hired new leaders. As Voice of OC noted in a September article on O.C.’s changing arts leadership, there’s a clear national pattern favoring increased diversity in top arts positions. Here are a few of the most prominent recent appointments: 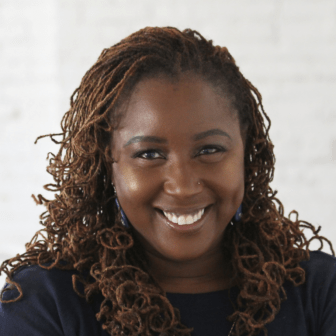 Nataki Garrett will take the helm as the sixth leader of the Oregon Shakespeare Festival in August. OSF is one of the country’s biggest and most artistically significant regional theaters. “I have known Nataki Garrett for 17 years and have closely followed and admired her career. She is a rigorous and thrilling artist; a thoughtful, confident leader; and big thinker,” departing artistic director Bill Rauch said when the appointment was announced. “Nataki’s historic appointment, as an African American woman running one of the largest-budget theaters in the United States, is a direct expression of OSF’s decades-long commitment to helping create a more equitable field.” 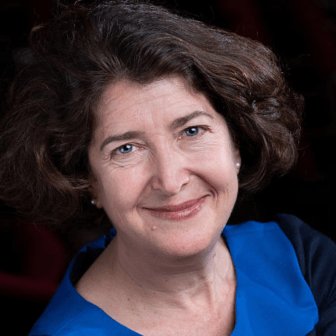 Earlier this year, Melia Bensussen, an award-winning theater director who is nationally respected as a Shakespeare interpreter, was named artistic director of Hartford Stage, one of the nation’s most prestigious regional theaters. Raised in Mexico City and based in the Boston area since 2000, Bensussen is just the sixth artistic director in Hartford Stage’s 55-year history. She is the first woman to hold the position. 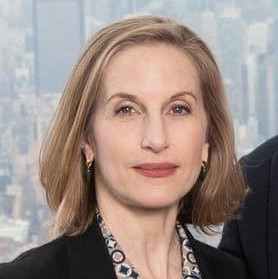 Wendy Whelan, a former principal dancer with the New York City Ballet who has been with the world-famous company for 30 years, was chosen as its associate artistic director in February. She will work closely with its new artistic director, Jonathan Stafford, who was hired at the same time. They face the daunting task of steering the company past the scandal surrounding the departure of its longtime leader, Peter Martins; he resigned in January 2018 after accusations by company members of sexual harassment and physical and verbal abuse over many years. Whelan’s appointment sends a clear message that the administration’s relationship with its dancers will be more attentive and their concerns will be respected. 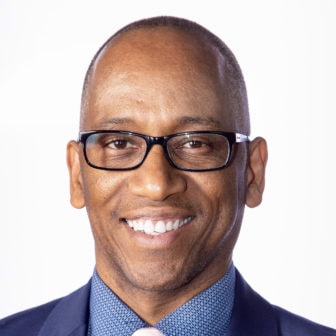 Robert Barry Fleming was hired in March to be the artistic director of Actors Theatre of Louisville, the nation’s most important theater for finding and nurturing new plays and playwrights. He begins his tenure on June 1. Fleming, an African American who was raised in Frankfort, Ky., will be Actors Theatre’s fifth artistic director. The theater’s board of directors conducted an extensive search process, according to a news release. “Robert’s artistic vision is rooted in mission and community impact, something our board finds deeply compelling,” said Mac Thompson, president of the Actors Theatre board of directors. 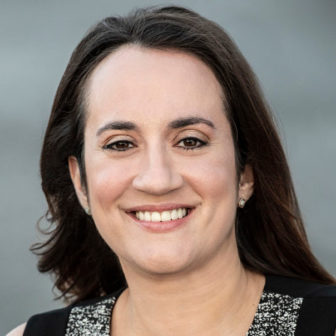 Center Theater Group in Los Angeles recently announced Meghan Pressman as their new Managing Director and CEO. Moving to L.A. from her post as managing director at Woolly Mammoth Theater Company in Washington D.C., she will be the first female in a major leadership position at CTG.

This trend toward diversity in the top ranks of the performing arts world was noted by the New York Times in a March, 2019 article:

“Across the country, scores of artistic directors, most of them white men who have served as community tastemakers for years, are leaving their jobs via retirements, ousters, and an industry-wide round of musical chairs. As their successors are appointed, a shift is underway: according to a national survey conducted by two Bay Area directors, women have been named to 41 percent of the 85 jobs filled since 2015, and people of color have been named to 26 percent.”

The National Demographics for Theaters

From Diep Tran’s story “The Turnover Recipe: Add New Voices and Audiences, Stir” for American Theatre Magazine. This story is included as a part of the magazine’s “Changing of the Guard” series.

“The American theatre field is currently in the middle of a major, even epochal shift. Since 2015, 97 artistic directors of major theatres around the country, most of them baby boomers, have stepped down or announced their departure; and to date many have been replaced by a crop of 30- and 40-something artists, a sizable amount of whom are women and/or people of color.

“Bay Area theatre directors Rebecca Novick and Evren Odcikin have been tracking the demographics of these new leaders since 2015. Their Google spreadsheet shows that out of 87 artistic director positions that have been filled, women now occupy 36 of those positions (41 percent, up from 23 percent). People of color now occupy 26 percent, up from 11 percent. In theatres with budgets of more than $1 million, leaders who are people of color make up 25 percent, and those who are women make up 34 percent.”

If other local arts institutions are any indication, it does not look promising. Ultimately, boards of directors have a strong hand in hiring decisions, and in Orange County they have been conservative in their choices. South Coast Repertory, the Pacific Chorale and the Philharmonic Society of Orange County recently hired new leaders, none of them women or people of color. Renee Bodie at the Soka Performing Arts Center is the lone woman in the new class of local arts leaders.

But perhaps the weight of demographic trends may influence the Segerstrom Center’s thinking. Orange County, a place with a 78.6 percent white majority in 1990, is now over 50 percent Latinx and Asian. For the sake of the institution’s future, those numbers need to be respected – starting, perhaps, with a savvy appointment at the top.

Heide Janssen is the managing editor of Arts & Culture at Voice of OC. She can be reached at [email protected].