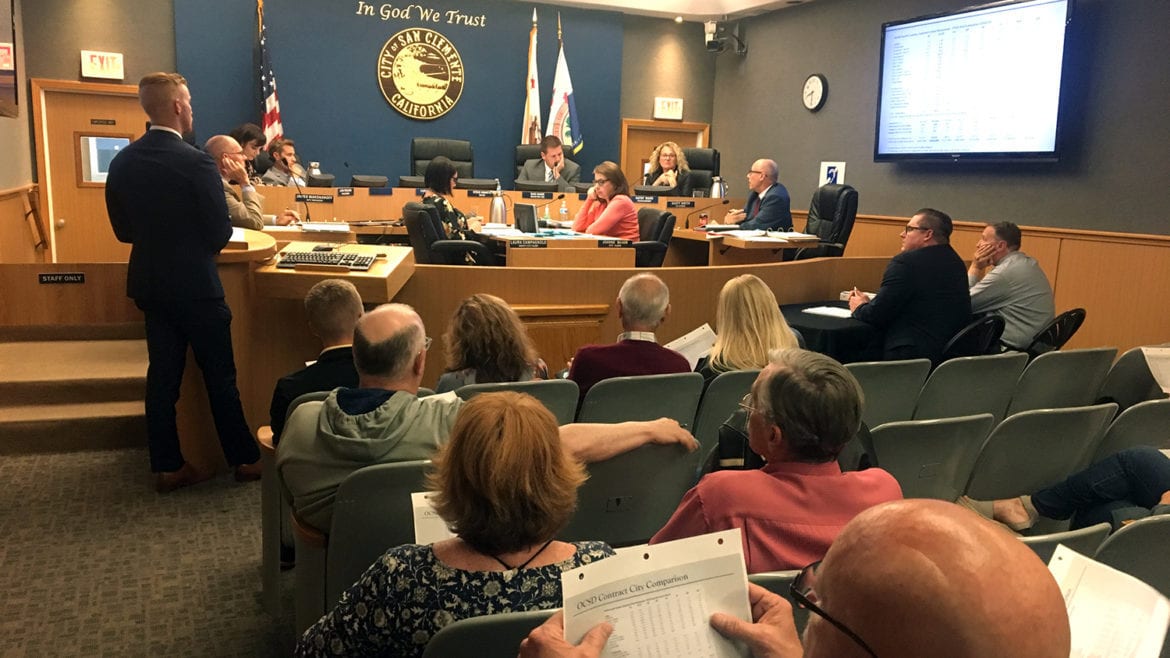 Residents review copies of the proposed 2019-20 San Clemente city budget that were copied and distributed during the June 4, 2019 City Council meeting.

The San Clemente City Council Tuesday unanimously approved a 2019-20 budget that would add two patrol deputies and one patrol vehicle to the city’s police force, but residents expressed frustration that the additions were not included in the staff report posted online by the city.

Residents in the audience voiced concerns about the budget item not being made public to them until the meeting, and some cited possible Brown Act violations committed by the city. Public commenters called for transparency on the dais. The Brown Act is California’s government open meeting law.

The Brown Act does not require that documents to be acted on by the council be posted on the agency’s homepage, said Terry Francke, an expert on government transparency laws for Cal Aware and Voice of OC’s legal advisor on government meetings and public information.

“If there is action to be taken approving the contents of the documents, that action should be disclosed as part of the agenda that’s posted,” Francke said.

The city’s proposed budget was made available online to residents prior to the meeting, and the discussion item was included on the meeting agenda.

A staff presentation that discussed the additional deputies and patrol vehicle, as well as the city’s contract with the Orange County Sheriff’s Department, were not made available online, but were printed and handed out at residents’ request during the meeting. 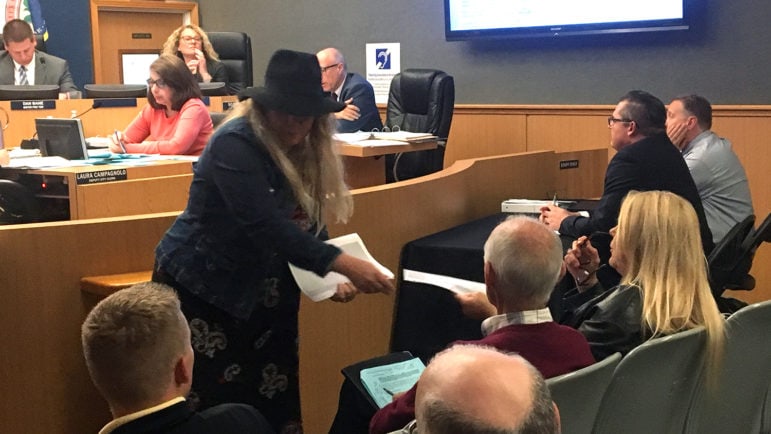 City staff distributes copies of the proposed 2019-20 San Clemente city budget that were copied during the June 4, 2019 City Council meeting.

City attorney Scott Smith said that the city and staff had not committed a Brown Act violation because the staff presentation was considered a disclosable public record under government code.

It is unclear why the two full-time positions and patrol vehicle were left off the staff report.

“If this wasn’t a Brown Act violation the way the city attorney [said]…we [still] have a transparency policy in this city, [these documents] should have been provided to us, they should have been online…” A resident who declined to give his name said during public comments. “We were blindsided tonight. That should never happen to the citizenship here, the council owes us more.”

The final contract with OCSD, including the additional deputies and vehicle, will be brought back to the agenda during city council’s next meeting June 18.

Miranda Andrade is an apprentice reporter with Voice of OC, she can be reached at [email protected].