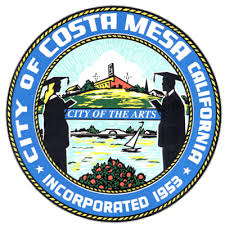 This latest ruling punctuates the city’s resounding victory in December of 2018 when a jury disposed of most of the Yellowstone case by unanimously agreeing the city’s sober living ordinances are not discriminatory and do not violate the Fair Housing Act.

“This ruling by the Honorable Judge Selna, determining the enforceability of our local laws, allows us to continue to protect patients and the public from those operators who are more concerned with profits over patient care,“ Mayor Katrina Foley said. “It confirms once again that investing in the litigation and fighting to keep our ordinance was the right thing to do not only for our Costa Mesa community, but others as well.”

In the court case, the City of Costa Mesa was represented by lead trial attorney Jennifer Keller of Keller/Anderle LLP.

“The Costa Mesa City Council stood tall and refused to be intimidated by the Plaintiffs,” Keller said at the time. “These victories are not just for the people of Costa Mesa and those in recovery homes, but also for every city in California.”

The City’s law, passed in 2014, was written to balance the rights of all citizens – including residents of group homes – to live in and enjoy Costa Mesa’s single-family neighborhoods.
The City implemented the law to protect the entire community from operators of unlicensed facilities which exposed residents to dangerous conditions and created public nuisance concerns.

Yellowstone, another sober living home and an industry trade group brought the original suit in the Central District of California in 2014. Numerous city employees and officials testified before the eight-person jury.

They spoke about the need for the law and discussed the City’s efforts to help those rendered homeless after being kicked out of sober living homes, including many people recovering from drug and alcohol addiction who had been enticed to Costa Mesa from out of state.

Several neighbors of poorly run recovery homes testified about the way these facilities mistreated recovering addicts and the impacts they had on the community.

After a four-week trial before Judge Selna, the jury deliberated for half a day before returning the verdict on all counts in favor of the City of Costa Mesa.

The verdict and Judge Selna’s ruling on July 16 are big victories for Costa Mesa as it means the city can continue to enforce its ordinance, which regulates sober living home operators in single family neighborhoods, including limiting the number of residents to six or fewer and maintaining a 650-foot buffer between non-licensed sober living homes.