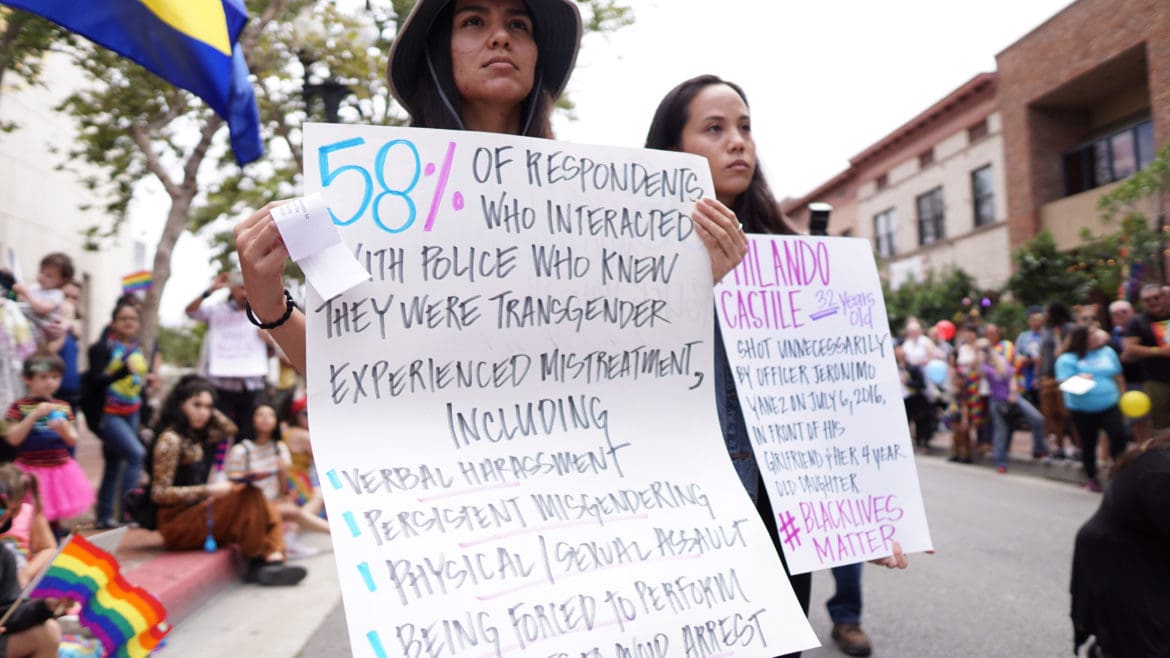 In the last month, the LGBT Center OC has shown how grievously out of touch they are with the community that they seek to serve. It is disappointing that an organization self-assigned to advocate on behalf of the LGBTQ+ community chooses to erase community voices in favor of a select few on their board.

On June 20th, 2019 the LGBT Center OC, also known as the Center, invited uniformed and armed police officers to march with them during the OC Pride Parade. Though Pride is a celebration of our various identities, it is ahistorical to ignore its genesis within decades-long struggles against police brutality led by trans women of color. Today, police brutality continues to enact trauma within black and brown LGBTQ+ communities. Knowing this, the Center moved forward with their decision. There was no room for discussion. 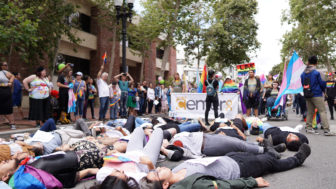 Instead, we were asked to prove to them that our trauma is ongoing. At the OC Pride Parade, we staged a die-in to uplift those taken by police violence in our communities. Online and off, the Center refused to acknowledge our efforts. They stood by their decision by stepping over our bodies and posting pictures of armed police officers at various LGBTQ pride events on social media, even using photos not taken at the OC Pride Parade to justify their own actions.

On June 23rd, OC Human Relations (OCHR) emailed VROC with the intention to serve as a neutral third party mediator between VROC and the Center. VROC clarified with OCHR that the conversation was not between two organizations, but between the Center and the community at large. OCHR and representative organizations agreed to meet on July 19.

On July 17th, ten days before their Trans Pride, the Center made a public Facebook post thanking OCHR and declaring that they were working in tandem to “conduct listening circles” with the community on police presence in their contingent. This declaration was a clear misrepresentation of OCHR, a neutral third party who had made no such plans. At the request of the involved community organizations, OCHR’s Executive Director Norma Lopez sent an email to the Center’s Executive Director Peg Corley on July 18, clarifying OCHR’s role and dialogue process. We proceeded with OCHR’s planned meeting in good faith.

During the meeting on July 19th with OCHR, we emphasized three points. First, we want a community dialogue, not a “listening circle”.  A listening circle may allow for the Center to posture as sympathetic to our concerns, but it doesn’t guarantee that the Center will give us answers, much less take action. In fact, it removes accountability from the Center altogether. Secondly, all organizations present at the meeting agreed that any community dialogue should be open to the whole community, not just members of representative organizations. This was non-negotiable. Finally, to make this clear: our primary issue with the Center is their blatant disregard of community input in their decision-making. To frame the situation otherwise is to be purposefully obtuse. OCHR was to share our expressed concerns and asks directly to the Center.

In response, the Center chose to release a five question opinion poll on July 24th as a part of their promised “listening” sessions:

This survey was regarded as a failure by many community members. Five brief prompts, with leading questions and misguided asks for elaboration, cannot be considered as genuine community engagement. This survey not only shows the Center’s inability to pose meaningful and objective questions, it also makes clear who they serve. To them, “community” is a selective process.

Our organizations proceeded to engage with OCHR with the bottom line of public community dialogue. We did not want to continue to meet behind closed doors and leave the community uninvolved. After three weeks, we received notification on August 7th that the Center had ultimately declined the proposal modification guaranteeing a public community forum.

As it stands, any form of dialogue conducted under the Center will not reflect our community’s actual needs. When the Center’s own youth advocacy group—Youth Empowered to Act (YETA)—asked why the Center’s leadership did not consult the community, Executive Director Peg Corley said, “The community doesn’t drive what we do.” Given the Center’s outstanding negligence, we are continuing to take matters into our own hands.

Because the community at large has not received any comprehensive updates on actions being taken, we are writing this to ensure transparency and keep our community up to date. We also wanted to publicly document the process to ensure that our concerns, our work, and our lives will not be further erased.

We are calling on community members to support YETA at the Center’s board meeting on August 12, 2019. Since YETA is a program under the Center, it is imperative that we uplift the voices of LGBTQ+ youth that are being disregarded by the Board’s decisions.

Next, we plan to organize an open forum for and by the community. For the past two months, community members have continually reached out to the Center to join their discussions. But even this represents their exclusionary practices—the Center should be reaching out to join ours.

We hope Peg Corley and the Center’s Board of Directors accept this invitation to finally partake in the community dialogue they have purported to be important to them.

Stevie Vu is a nationally recognized public speaker and queer activist in Orange County. She is a Youth Organizing intern at VietRISE and is also in charge of Communications and Public Relations at the Viet Rainbow of Orange County.

Victoria Huynh is a writer and organizer originally from San Diego, CA.  She recently graduated from Brown University in Providence, RI.  Currently, works with Viet Rainbow of Orange County and is a CYPHER intern with VietRISE.