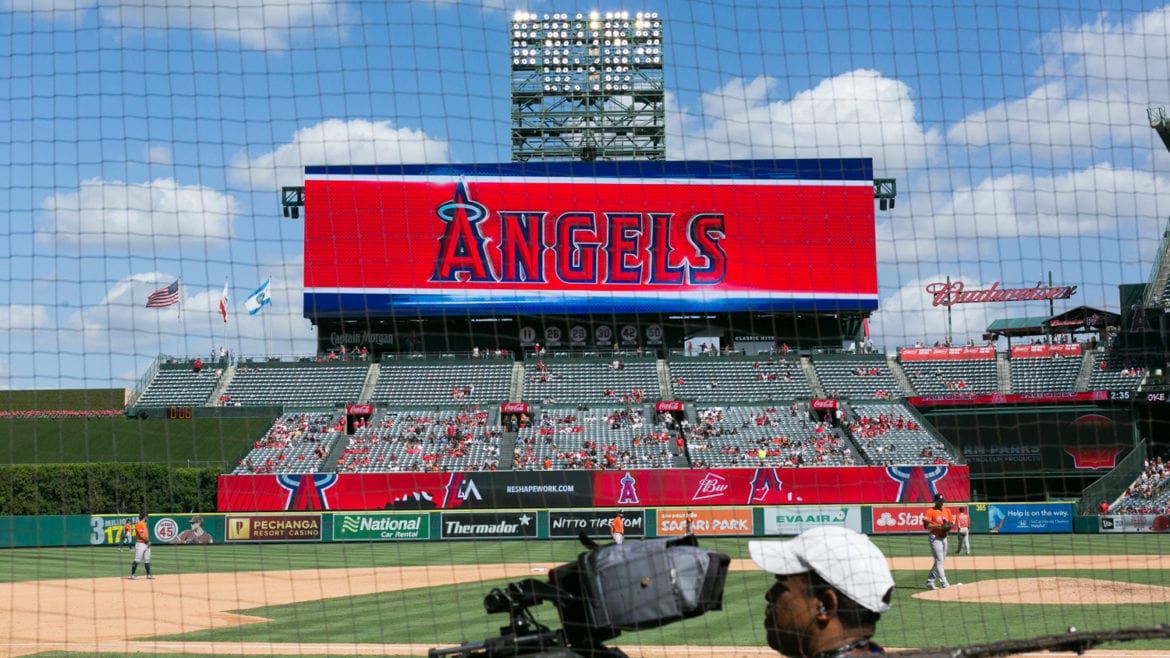 Anaheim refuses to release the Angel Stadium appraisal out of fear it could jeopardize negotiations with the ballclub and will instead release it at an unspecified time, despite calls from the public and two Councilmembers to release it.

“We are focused on negotiating the best deal possible for Anaheim, and the appraisal is a strategic part of that,” city spokesman Mike Lyster wrote in an email.

“We plan to share it with the community at the right time. For now, it is a matter of closed session discussion, and any release would be premature and potentially impact negotiations.”

“Mayor (Tom) Tait moved to direct staff to prepare an appraisal of the Angel Stadium, as is, at current market value and make available to both the public and Council, seconded by Council Member (Denise) Barnes,” reads the minutes of the meeting.

Councilman Jose Moreno, who unsuccessfully tried to get the Council to release the appraisal twice, said if the City Council decides the stadium appraisal should stay secret, it needs to vote on it, like it did when the Council decided to revert to the original city flag.

“By not doing so, the Mayor and current city council are forcing the staff into a very difficult precarious and professional position of insubordination. Because staff, I believe is not willingly not sunshining the appraisal, they’re following the council’s political perspective. And that’s why it was important to vote on that action,” Moreno told Voice of OC.

State law allows cities to withhold public property appraisals during negotiations, unless a different standard is adopted, like what Anaheim did in November 2018.

“This is the problem, is that public agencies and public officials are able to use the excuse that we’re still conducting negotiations so we can’t make any of this public to avoid making anything public until well after its too late to do anything,” deMause said.

deMause, who wrote the book “Field of Schemes” and runs a website of the same name, said he tried for months to get the New York Islanders arena appraisal, but the state didn’t release it until hours before the vote.

“They released two different land appraisals they had 3.5 hours before the vote,” deMause said. “They also did not release the entire appraisals, just the executive summaries.”

He expects the full appraisal from the State of New York in November — three months after the deal was voted on.

He said it’s become a national trend for cities and state governments to not only withhold appraisals on stadiums and ballparks, but also conduct negotiations outside of the public view.

Officials in Georgia’s Cobb County held meetings in a way that would shield talks from the state’s public records laws when it was in the midst of negotiating with the Atlanta Braves baseball team for the team’s new stadium.

Cobb county taxpayers lost at least $7.4 million last year on Suntrust Park, where the Braves play, and paid nearly $400 million to help construct the stadium in 2017.

Atlanta’s also struggling to make money with the Falcons football team. The $1.6 billion stadium will wind up costing taxpayers nearly $700 million in public funds through a combination of direct subsidies and tax breaks. The team also gets state hotel tax money after $200 million generated yearly, due to a clause buried in the contract that allows the team to completely control the hotel taxes’ in a “waterfall fund.”

The Atlanta Falcons’ deal was also up for Deadspin’s 2017 “Worst Stadium Scam” of the year award, but the Raiders won that year for its Las Vegas stadium deal, which is slated to cost $1.9 billion, with Clark County taxpayers chipping in $750 million.

deMause attributes the lack of transparency to the near-universal criticism by economists that publicly financed stadiums end up becoming money pits and the public is becoming increasingly skeptical of stadium deals.

“I can only assume that its connected to more public criticism of them. 25 years ago, you didn’t need to hide your negotiations with a local sports team from the public, because there was nobody expert enough or few people expert enough to stand up and say, ‘Hey, this isn’t right,’” deMause said.

He said often times deals are virtually done by the time anything is made public.

“I think elected officials and team officials alike are desperate to make sure most of the I’s are dotted and T’s are crossed before you make anything public. That can only make trouble”

“I think cities are getting fleeced less and less because economists have in fact been able to point out … you’re not going to make very much money on it or lose money on it. Here’s why,” Sanderson said.

Meanwhile, Moreno has been trying to meet with Anaheim Mayor Harry Sidhu about the negotiations, but Moreno said Sidhu hasn’t met with him on anything since taking office shortly after the November 2018 election.

“I have asked through numerous email requests to meet with the Mayor regarding Angels baseball and Angels negotiations, before he was appointed ane since he was appointed (to the city’s negotiating team). He has not responded to my requests or scheduled any meetings with me. So I’m left to wonder if he’s meeting with any other Councilmembers,” Moreno said.

He’s unsuccessfully tried to get the Council to release the appraisal twice, but failed to get support from two Councilmembers to schedule the appraisal on a meeting agenda. Councilwoman Denise Barnes supported Moreon’s attempts both times.

The City Council has only once publicly discussed what it would like to see come out of the upcoming negotiations at its Aug. 27 meeting. Councilmembers seemed to agree that the Angels should pay either market-based rent or market price for the land should the city decide to sell it — meaning the team should pay whatever the city can get if it put the 155-acre stadium land on the real estate market.

The city expects the Angels to make a proposal in October for the 155-acre land the stadium sits on, giving Anaheim and the Angels until Dec. 31 to finalize a deal, the last day the Angels can opt out of their current lease.

“It seems to me that by continuing to keep the appraisal hidden and in the dark and now what will tantamount to a rushed negotiation process, it behooves our City Council to make this appraisal public as soon as possible,” Moreno said.

Victor Matheson, an economics and accounting professor who specializes in sports deals at College of the Holy Cross in Massachusetts, said lack of transparency often accompanies bad sports deals because the leases are often confusing.

“Lack of transparency is often troubling. The leases are extremely complex. Even for a person who has seen a ton of these, it’s extremely complex to get an answer how much the city is spending and how much of a give away the team is getting,” Matheson said.

Anaheim has received $1.6 million in direct revenue from the stadium since 2010, when the city’s spending on maintenance and bonds from the 1980’s are factored in. According to Forbes estimates, the Angels make $101 million a year in gate receipts, but the team’s net profit — after factoring in player and employee salaries and operating expenses — is estimated at $19 million a year.

Nearly all sports economists who specialize in the ballpark and stadium deals that Voice of OC has interviewed over the past few months say that increased sales tax numbers around stadiums generally shift local spending from one part of the city to another.

Sanderson said if cities want professional sports teams, they should start treating publicly owned stadiums as a public asset like a library, instead of a revenue generator.

“Cities shouldn’t go into it as an investment. It’s a very poor investment. You just have to go into it and say this is one of the things we do for our city,” Sanderson said, adding that ballparks and stadiums are closed most of the year.

“When you’re talking about a major metropolitan area — Chicago or Los Angeles — these sports stadiums, they may be fun, but they’re very small economic entities. They don’t employ very many people,” Sanderson said. “A few pet stores in Anaheim generate far more revenue than the Anaheim Angels.”

Sales tax generated by the Big A and the nearby area known as the Platinum Triangle is often pointed to by Anaheim officials as stadium-driven revenue. The area contains Angel Stadium, the Honda Center and some businesses like breweries, restaurants and some construction supply stores.

The 820-acre Platinum Triangle generated $5.1 million in sales tax in 2018 and is projected to produce $5.2 million this year. That number is up from the $3.5 million generated in 2010, according to a city document on its website.

In comparison, Downtown Fullerton, which is a fraction of the size of the Platinum Triangle at roughly 65 acres, generates a little over $2.1 million in sales tax annually, according to City Manager Ken Domer.

And the 74-acre Outlets at Orange generated $3.1 million for Orange, according to city spokesman Paul Sitkoff.

“If you build anything, it’s going to generate revenue and you don’t necessarily need a stadium to do it,” deMause said, adding that many cities lose economic opportunities by using stadiums as anchors instead of something that’s open nearly all year, like a hospital, school or a mall.

“Why on earth would you develop around something that’s dark for 250 days a year?” deMause said.