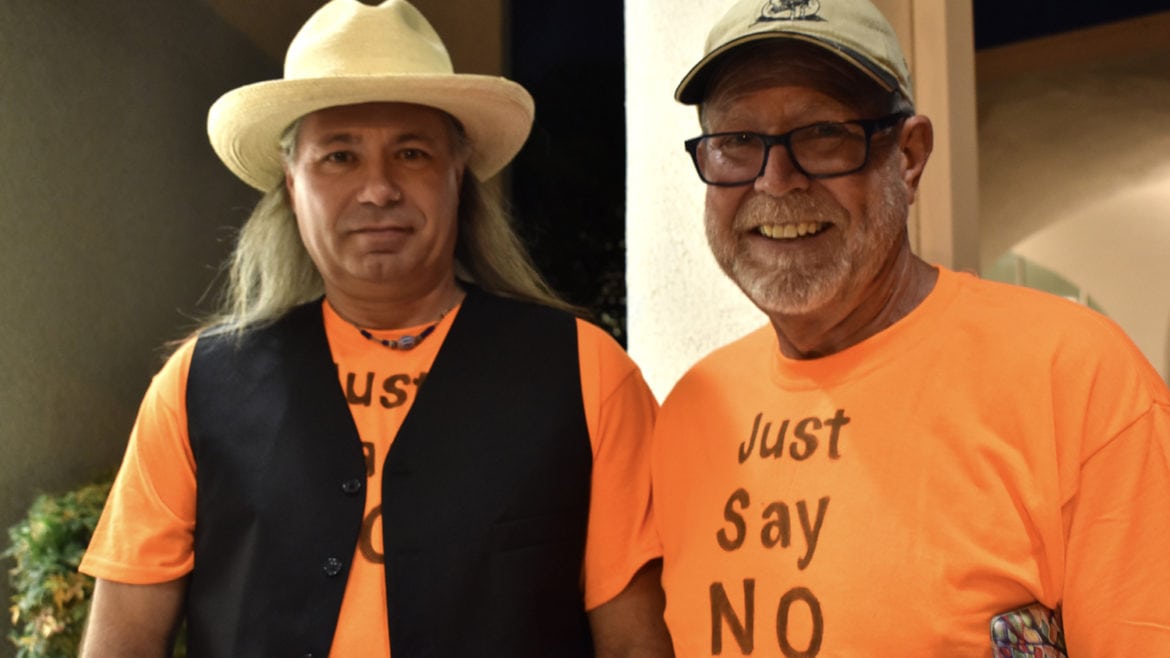 Residents are up in arms about the former “Sully Miller” site with over 90 people showing up to the Sept. 24 City Council Meeting.

The majority of speakers oppose development, yet the argument drags on.

The land in question is the former Sully Miller site, at 6145 E. Santiago Canyon Rd. The Milan Investment Group purchased Sully Miller in 2008. Milan and supporters argue for the rezoning of this site, to build 128 new homes. Sully Miller is currently a sand and gravel dump, which some residents argue is impacted by methane gas from the adjacent dump site, is noisy, worsens traffic and is an eye soar. On Tuesday, 67 speakers took the city council podium – 57 opposed rezoning and 10 supported.

This issue is decades old, but “only since Milan bought it has it been bad,” said Orange resident Sharon Mulé.

Santiago Creek is a major watercourse, which flooded in 1969. The area is a floodplain and should remain as open space, according to Bob Kirkeby, resident of 62 years. Orange Park Acres (OPA) Association of East Orange members like Kirkeby urge City Council Members to “Just say no!” to rezoning, and claim the project is “Dangerous for Orange.”

Milan’s “reclamation plan” would be a good thing for Orange, argues representative of Milan, Franklyn Elfend. If the development project does not go on, the land would remain private and fenced for Milan’s use, Elfend said.

“No matter how many letters are submitted at the eleventh hour, just for drama’s sake, there will be a continued use of the sand and gravel operation,” he added.

At the Sept. 24 meeting, multiple residents stated the sand and gravel operation was a way to deliberately annoy neighbors. “When approached about the dumping, Milan’s response was ‘we will continue to dump here unless you give us what we want,’” said John Reina, 26 year Orange resident. 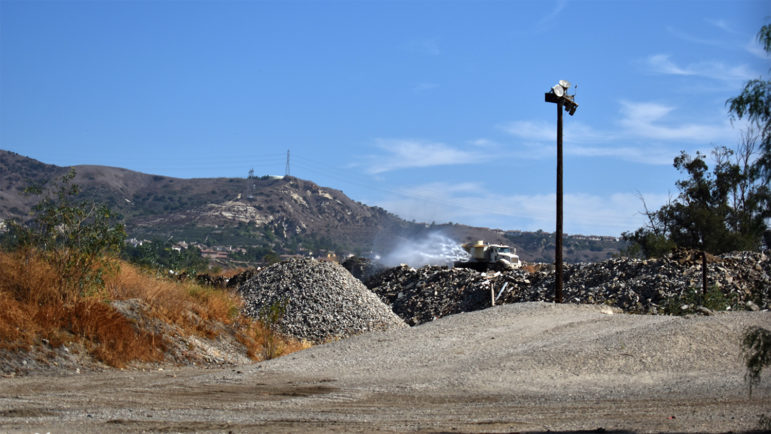 “It’s a mountain of cement that the developer put there on purpose to get everyone to come [to City Council] and say, ew want to get rid of the mountain,” said 62 year resident Bob Kirkeby.

Residents who oppose the plan want the dumping to stop and the area to remain as the safety valve for Santiago Creek and it keep it designated as open space.

Milan had previously been meeting with the OPA to negotiate the plan. OPA was excited when Milan brought in a proposal, though after failed attempts of compromise, OPA gave up working with Milan directly, according to OPA present Don Bradley. 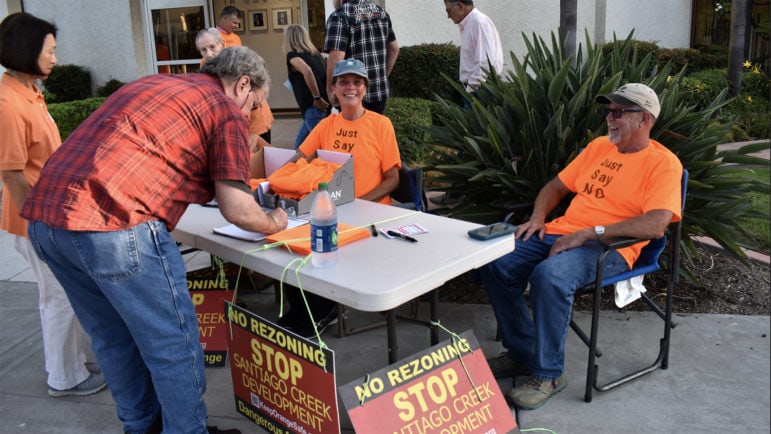 “We are the tiny attorney generals,” said Katrina Kirkeby as she passed out bright orange shirts at the Sept. 24 Orange City Council Meeting.

A few residents spoke in support of the Milan plan, and want the mess to be over.

“There is no other option but to move forward,” said Eric Bloom, resident of 23 years.

Despite these offers, many residents and the OPA won’t budge their opinion. “I don’t care how many times you put lipstick on a pig, it’s still a pig,” said resident Gary Wright, who opposes the Milan plan.

Just saying no is not that simple, according to the City Manager, Rick Otto. “By law we need to review,” Otto said.

The meeting will continue on Oct. 22, and the city council decision will likely be made the following meeting, according to Otto.