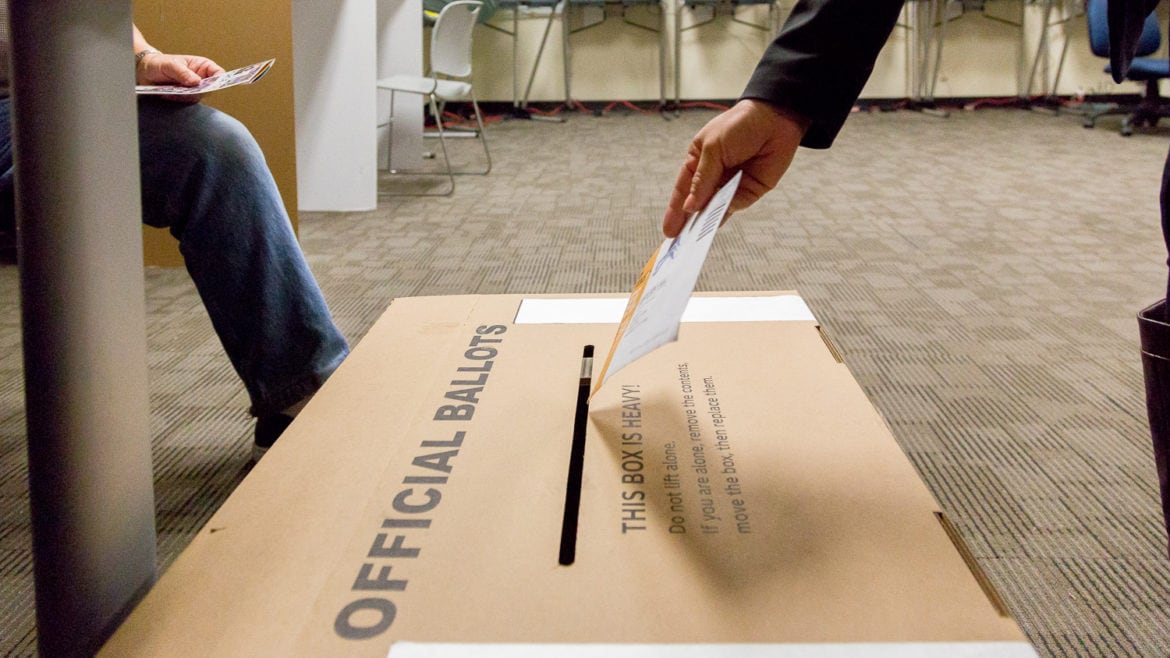 A voter casts a ballot on Tuesday, Nov. 5, 2019 at the Southwest Senior Center in Santa Ana.

A field of candidates is emerging for two high-stakes Orange County supervisor elections, as the Dec. 6 filing deadline for the 2020 primary election approaches.

Several Democrats are challenging Republican Supervisor Andrew Do for his 1st District seat: Westminster Councilman Sergio Contreras, who jumped in early and has been aggressively fundraising for months; Miguel Pulido, who has been mayor of Santa Ana since 1994 and is termed out next year; and Garden Grove Councilwoman Kim Nguyen, who has been involved with younger party activists.

Contreras and Nguyen battled it out last week vying for support from the Orange County Young Democrats, with no official endorsement emerging from the meeting.

As of reports in June – the most recent available – Do had $308,000 in his campaign account, while Contreras had $55,000. Pulido, Nguyen, and Rocco haven’t yet reported any campaign fundraising for the seat.

Do comes into the race as an incumbent, which enhances his ability to fundraise, get media attention and promote himself with county resources through his controversial use of taxpayer-funded mail campaigns.

The seat is still considered competitive, given Democrats’ advantage in voter registration: 43 percent, to Republicans’ 24 percent.

The 3rd District, represented by Republican Supervisor Don Wagner, has a Republican voter registration advantage: 34.6 percent Republicans versus 32.8 percent Democrats, and 28 percent with no party preference.

Wagner raised $450,000 in the first half of this year, when ran for and won the seat in a special election.

So far, the only candidate to file against Wagner has dropped out.

Loretta Sanchez, a Democrat and former Congresswoman who ran against Wagner and lost earlier this year, announced Saturday she would no longer run for the seat. She had $190,000 in campaign funds in the bank as of June.

Ashleigh Aitken, a Democrat and Orange County Fairgrounds board member who lost a bid for Anaheim mayor last year, is now expected to replace Sanchez in the race for 3rd District.

Aitken, whose father is Voice of OC’s board Chairman Wylie Aitken, confirmed Friday she would run for the seat if Sanchez decided not to.

The 3rd District, represented by Wagner, stretches from Irvine, through Tustin and Orange, and into to Yorba Linda.

The first round of supervisor elections will be March 3, as part of California’s presidential primary elections. If no candidate gets more than 50 percent of the vote, there will be a runoff election in November.

The endorsement is currently scheduled for the party Central Committee’s meeting on Monday, Nov. 25, about a week and a half before the deadline for candidates to file.

No Republicans are known to be challenging Do or Wagner for their seats, and the county GOP has endorsed both incumbents.

Under Orange County’s new election system in 2020, voters will be able to cast ballots in person up to 10 days before the election at official vote centers, or drop their ballots off at official ballot drop boxes throughout the county.

Voting locations are scheduled to be finalized Dec. 6, the same day as the deadline for candidates to file for county supervisor seats.

Among the key issues facing county supervisors are the countywide homelessness crisis, a fragmented mental health system, and sharply rising Sheriff’s Department expenses that have prompted money to be pulled from public health and other county service budgets.